The journey has been a remarkable one: From an opening batsman for one of Australia’s greatest ever Test Cricket teams, to an acclaimed 20-20 coaching career, to now the bright hope for Australian Cricket.

Justin Langer is the shining light in a dark era of Australian cricket. However, how is he handling this pressure to be Aussie Cricket’s alchemist?

In a recent speech in Melbourne, Langer joked that coaching Australia is not real pressure. REAL pressure, he explained, is facing a full strength West Indies pace attack. During his Test debut in Adelaide, he explained the pressure in facing paceman Ian Bishop.

Silly-mid-on called out to Bishop, “Bishy, he’s scared, Bishy!” Silly-mid-off joked saying, “you’re going to kill him, Bishy!” That first delivery landed on the side of his helmet leaving him rattled. “Now THAT is pressure!” Langer retorts. The current Cricket dilemmas, he explains, find perspective in this.

So how is Langer hoping to change the fate of cricket in Australia and restore the game’s reputation following the recent ball tampering scandal? Langer explained that integrity is the key. He said people know the boundaries of being a good or bad sport. There is no “pushing the boundaries,” he explains.

The example he gave was the importance to always be focusing on Jesus in everything. When he was batting for Australia he would often “take centre” marking the pitch with a cross. This was a guide for both his position on the wicket and his life found in Christ. Before each ball was bowled he would recite Philippians chapter 4 verse 13, “I can do all things through Christ” as a way to take centre on Jesus.

As Langer begins his new coaching challenge it was interesting to hear him talk about it as more of a mentoring role to a talented group of young men. The nation, as well as these young men, will all be shaped by how Langer shepherds this flock. 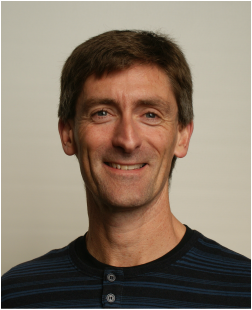