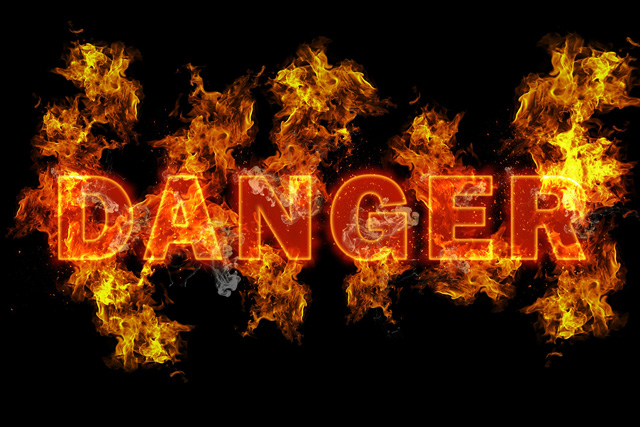 I wasn’t looking forward to the flight back to Barbados from Jamaica. Although I travel frequently, I’m a nervous flyer. Being 39,000 feet up in the air, locked inside something I can’t get out of triggers my claustrophobia. I hate the turbulence and the possibility something could go wrong during take-off and landing. I get anxious every time I travel. Though air travel is statistically safe, the chances of surviving an actual crash is near nil. My fear on this trip was no different.

I breathed a sigh of relief when the plane touched down at the Grantley Adams International Airport in Barbados that Sunday night. My friend Endomo gave me a ride from the airport to my apartment and we talked about the month I had just spent in Jamaica. We got in at about 11:30pm.

Endomo checked every room for insects (I have a phobia about roaches). He gave me the signal that each room was clear and I felt my sense of peace and calm return. All was right with the world.

As I do after every long trip, I opened the windows and turned on the ceiling fans in the living room to let the rooms get fresh air. Usually, I would then go upstairs and unpack. But this time I stayed downstairs and chit-chatted with Endomo. Suddenly, he asked:

There was a faint but sharp and pungent odour, like bug spray. I thought it was the residue of insect spray I had asked my landlady to use whenever she checked on the apartment while I was in Jamaica. I told Endomo it was just spray and everything was fine. The smell got stronger.

Then we noticed plumes of white smoke coming from one of the ceiling fans. A cloud started to fill the living room. What came next happened fast, but it seemed to happen in slow motion. Through the haze, I watched an orange flame appear and then dance from the top of the fan. My bones became cement.

“You have a fire extinguisher?” Endomoasked, his voice calm but tense. I ran into the kitchen for it and handed it to him. It had been in the apartment from the time I moved in 5 years ago. I knew extinguishers were to be serviced from time to time and the pressure checked but that hadn’t happened in 5 years.

Endomo was carefully reading the label.

“What are you doing?!” I yelled, frantic.

“Some extinguishers aren’t for best for some type of fires: gas, electrical, small appliances…” he said. “Using the wrong extinguisher can make a fire worse.”

“Just put it out!!!” I said, pointing at the slowly climbing fire. My voice was so high pitched I didn’t even recognize it. I thought about how long it would take to get all my books, clothes and shoes outside. I imagined tossing everything out the windows. There wouldn’t be enough time.

My next thought was that my neighbours on both sides, with whom my apartment shared my walls, were in their beds sound asleep thinking they were safe but they were not. I’d have to scream and pound on doors and they’d have to rush outside barefoot in their pajamas…their possessions ruined and lives destroyed.

Endomo pulled out the red pin, jumped on the coffee table so he could get a good aim and sprayed the top of the fan. Then, the fire was gone.

My landlady came by with an electrician the next day and he replaced the fan and checked the other one. Apparently since these were the original fans installed when the apartment complex was built 20 years ago, the electrician said it was due for replacement. These things happen, he said.

I thought about how we often think we are safe when we’re not. It’s a false sense of security. Most times the danger we anticipate doesn’t happen but we are blindsided with something else. It’s like you expect you may be a bit short in finances this month to cover some of the bills, then you’re hit with a car accident or health scare of a close relative or have a fall down the stairs at work. My fears about what could happen with the plane didn’t materialize, yet I was nearly burnt in a house fire. And my possessions weren’t insured. My landlady nearly lost an apartment.

We are usually so conscious of one type of possible, but more remote, risk while being completely oblivious to the very real dangers that are close to us. The dangers that are right at home.

What happened after the fire is that I never left an appliance on in a room I wasn’t in. When I went upstairs, I’d turn off and unplug the TV, when I was in the shower I turned off the radio, no fan was left on if I wasn’t nearby.

But then it struck me: I had no control over what others were doing in their apartments. What if they forgot to turn the stove off?Put something metal in the microwave?Fell asleep on the couch while smoking a cigarette?What if they had electrical issues in their own apartments? The possibilities were endless.

We spend our lives accumulating stuff. Depending on what your passions are, what you consider your most important stuff may vary. For some it’s clothes, books, shoes. Others: money in bank accounts, investments. For other it’s art, books, a wine collection. For some: cars, houses, land. Maybe the things you value aren’t possessions at all. They could be your spouse, children, family.

Wherever they are housed or located, the things you value can be lost. There is no place on earth secure enough to guarantee they cannot be taken from you. In a second, you can watch the things you love most go up in smoke.

Let that sink in.

You Need Him Everywhere you Go

What does that mean for how we live?

First, put no security in anything you can see. The Bible says: “Some trust in chariots and some in horses, but we trust in the name of the Lord our God.” (Psalm Chapter 20 Verse 7).

Second, accept that the best form of security is in God. Accepting this doesn’t mean the world suddenly becomes less dangerous for you or those you love, but you’llrealise that even if you lose everything (including your own life), you have God and that is all you need. I have a pre-flight routine. While waiting for the plane I always read a little book of Bible promises I’d bought years ago. That Sunday afternoon while the plane was on the runway in Kingston, Jamaica I had read this scripture from Joshua Chapter 1 Verse 9:

“Be strong and courageous. Do not be afraid; do not be discouraged, for the LORD your God will be with you wherever you go."

What assurance! After what would happen to me just a few hours later, I reflected that God had wanted to remind me of something really important. That having confidence in Him is priceless. Nothing can take that away. No fire can consume it. 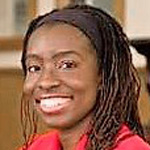 Sharma Taylor previous articles may be viewed at: www.pressserviceinternational.org/sharma-taylor.html