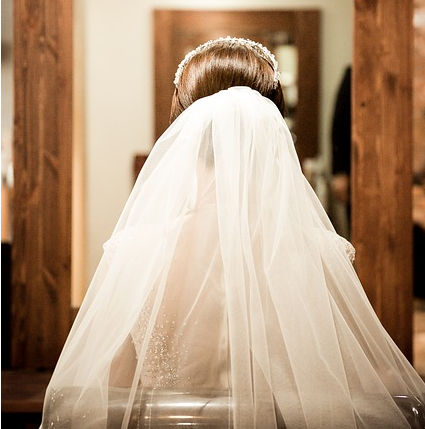 Imagine a groom who is about to kiss his new bride wearing a face veil. Should he kiss through the veil? She is still the same person, but it will be a diminished experience.

Jewish poet Haim Nachman Bialik aptly applied this analogy to the study of Scripture by saying “reading the Bible in translation is like kissing your new bride through a veil”. His statement shed light on this question: “Why study Hebrew?”

Hebrew is the original language of the Bible, the world’s best-selling yet worst-read book. It is both a religious and cultural foundation of incalculable influence and one of the world’s most dazzling literary art. But we now have Bibles in English, as well as in many other languages. Isn’t that enough? Maybe. But it is not intimate enough.

Over the years, I have become tired of folks misquoting the Bible without proper understanding of Scripture. Whether intentional or not, something is “lost in translation” that gives rise to shallower spirituality and questionable doctrines. I wanted to be able to read the Bible in the original language it was written so to rightly divide the word of truth. But I didn’t want to learn a new language in my adulthood. The voice inside me whispered: isn’t there a season for everything, including language learning? You are getting older and Hebrew certainly looks so darn hard!

Adding to my excuses, Biblical Hebrew is arguably one of the most ignored, avoided or feared subjects for seminary or bible college students. One could get training, education and degrees without such language study. However, the result is often heads full of theology with weak understanding of its very foundation and without hearts truly transformed by the Word of God.

So one day I took a decisive step to have a go at studying Hebrew. The journey of a thousand miles began with a humble single step, the Hebrew alphabet. It’s been an incredible journey since and I am glad that I did take that first step. There were certainly times I became frustrated and wanted to just give up. But I thank God for renewed strength to carry on. It has enriched my mind and soul. I also thank Dr. Ryan Cook from Moody Bible Institute for his teaching and encouraging me with three compelling reasons to continue studying Hebrew.

Firstly, knowledge of Biblical Hebrew adds accuracy, depth and vividness to both the study and teaching of the Old Testament. For example, there are 5 different Hebrew words for ‘prayer’ each with several different nuances (offer, intervene, plead, charm, whisper to name a few) that appear in the original Hebrew Bible.

Secondly, it aids the study of the New Testament (originally written in Greek). The Old Testament provides background, quotations, allusions, prophecies, proper names, figures of speech and idioms for the New Testament. Even Biblical Greek makes much more sense with the foreknowledge of Hebrew.

Thirdly, Biblical Hebrew enables significant theological discussions, equipping the learner to dialogue with ‘religious others’ and those in the scholarly world more effectively. Martin Luther once said, “If the languages had not made me positive as to the true meaning of the word, I might have still remained a chained monk, engaging in preaching Romish errors.” Luther attributed the breakthrough of the Reformation to the penetrating power of the original languages (i.e. Hebrew and Greek).

What do they have in common?

St. Jerome, who translated the Hebrew Bible into Latin (the Bible for the Western church for over 1000 years) wrote, “what hardship I went through, how often I lost all hope, and how often I threw my hands up in the air and then went back to Hebrew out of an eagerness to learn…those who lived with me can attest to this. I give thanks to the Lord that from this bitter seed of learning I now pick sweet fruits.”

In 1829, George Mueller, famous for his faith and prayer and orphanages, wrote on his journal that he studied Hebrew about 12 hours a day and even committed portions of the Hebrew Old Testament to memory. John Newton, the author of “Amazing Grace” and former sea captain, devoted much time studying Hebrew and counselled a young minister with this remark, “the original Scriptures well deserve your pain, and will richly repay them.”

One of the early church fathers, Origen learned Hebrew to be able to witness to Jewish scholars. These Godly men all had something in common. They studied Hebrew.

Dr. Cook summed it up this way: “reading the Bible through a translation is like watching a black and white TV when HD colour is available. If you watch a black and white TV, you can still get the message of what the show is about, but when you watch it in HD colour, it offers a whole new level of experience. You understand it more vividly. That’s what reading the Bible in the original languages is like.” This encouragement was the turning point in my Hebrew study.

Some people ask me ‘why on earth’ I study Hebrew. My answer is plain and simple: because kissing through a veil is just not intimate enough. No matter what we say about the Bible, our actions reveal our true convictions about its centrality and power.