American President Calvin Coolidge probably saved the koala from extinction after almost eight million were killed for their pelts between 1888 and 1927.

In late August 1927, the president banned the import of pelts from Australia into the US after hearing of a program in Queensland where regulations had been relaxed and koala pelts were used as a means of reducing rural unemployment.

The Queensland State Government were of the belief koala numbers were out of control and the cute and cuddly Australian icon was denuding bushland throughout the state.

This information was completely false but government agencies in Brisbane failed to heed warnings from animal welfare groups, farmers and graziers, landowners and conservation groups and did no further investigations.

The mass killings were etched in history as Black August.

Koala fur is waterproof, perfect for making high-end gloves and hats, and was especially popular in the USA.

So, in Queensland hunting continued until August 1927 when the Australian icon was almost driven to extinction following a Queensland Government-endorsed "open season.”

In the month of August 1927, 800,000 koala pelts were exported from Queensland, causing a national uproar and what is still thought to be Australia’s first large movement of citizens for a conservation issue.

The hunting of koalas had been banned in New South Wales, Victoria and South Australia in the early 1900s, leaving Queensland as the only state where they could be legally taken for their pelts.

A dozen pelts were worth more than one week’s basic wage and shooters could kill and skin several dozen in a day.

It is now 92 years since the hunting of koalas for their pelts was banned in Australia but as a result of the pelt trade, the koala population stands at just one percent of pre-hunting numbers.

Native to Australia, the koala (Phascolarctos cinereus), sometimes inaccurately called a koala bear, is an arboreal herbivorous marsupial – it eats only eucalyptus leaves – and lives only in Eastern Australia and on some islands off the southern and eastern coasts.

Its home is in the tall eucalypt forests or low eucalypt woodlands.

Populations have suffered from the spread of urban development in recent years, especially around the Gold Coast hinterland where habitat destruction has led to koala’s losing their homeland range.

In 2012, scientists moved about 200 koalas out of East Coomera on the Gold Coast as a major housing development got underway.

At the same time, it was estimated another 200 were being taken to the Currumbin Wildlife Hospital each year, many of which had to be euthanised.

Koalas are primarily nocturnal and use the darkness to move along the ground to new trees or to locate a mate.

This makes them vulnerable to their other enemy, roving dogs.

Then there are motor vehicles which strike koalas on regional and country roads at night.

Despite the 1927 culling, habitat loss and domestic dogs, the koala was only listed as vulnerable to extinction across the whole of Queensland in 2012.

In 2017 the Queensland Government's Koala Expert Panel found the population decline showed no sign of stopping.

God placed us here on earth and gave man dominion over “…. and rule over the fish of the sea and over the birds of the sky and over every living thing that moves on the earth.” Genesis 2: 28(b).

He did not say to drive them to extinction. 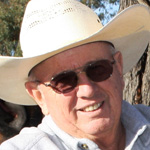