My headline really says it all. Lion is the best movie of the year and the only one you need to see in 2017.

Of course we'll all watch others, but if this was the only film I saw in cinemas this year, I'd be satisfied. Lion gets two thumbs up from me and leaves me wishing I had more thumbs to give.

I had the opportunity to see a preview screening of the film which stars Dev Patel, Nicole Kidman, Rooney Mara, David Wenham and introduces eight year old Sunny Pawar.

This is the first feature film for director Garth Davis. Even though he is still a new face in this industry, the film he's put together is a complete masterpiece and deserves to sweep all the awards at the Oscars.

The entire cast of Lion did a phenomenal job. Dev Patel gave an incredible and honest performance, Nicole Kidman was mesmerising, David Wenham, while only having a small amount of screen time, gave an integrous and powerful performance, and Rooney Mara was phenomenal. But it was little Sunny Pawar who definitely stole the show.

Garth Davis took an incredible risk hiring such a young and inexperienced actor because Sunny's performance had to carry the first fifty minutes of Lion. It paid off though.

In an interview with The Vulture, Davis said he noticed a quietness about little Sunny. They auditioned thousands of kids (roughly 2,000) but in the same interview, Davis says this about Sunny, "For me, when I'm looking at all the kids, anyone who kind of touched that place in me, I thought we were getting close. But it was never a bull's-eye, really, until one day, this little Sunny came into the room and he was kind of pretty instant for me. As soon as I saw him, he just felt like the kid that I'd been imagining and feeling, and then we got him into the rehearsal space and I put a camera on him. I just felt like we were watching our movie."

There's a scene where Saroo is clinging to a pole and staring out at the crowds of the train station. He's looking around, calling out for his brother and the more he calls the more you can see the realisation on his face. He's lost and very far from home.

It was incredible to see this internal struggle displayed so vulnerably and truthfully on a five year old actor. These were heavy concepts a five year old can't fully grasp, but somehow Sunny did, which is a huge achievement.

Many first time directors hope no one sees their first feature. All they see are the mistakes and the blood, sweat, and tears that went into making something that looks so easy, but which is actually incredibly difficult and time consuming.

Garth Davis will not have to be one of those directors. In fact, I think he's set himself a different kind of challenge. How will he top this film?

While Davis has an incredible eye and skill for telling a story through film, he also had a unique perspective in telling this story where no other director did.

Before filming, Davis went with CBS show 60 Minutes when real life mothers, Kamla and Sue met in India for the first time. Being there to witness such a powerful moment, I think, gives him an advantage to tell the story of Saroo.

In an interview with Forbes, he said this of the moment, "I witnessed love and the power of that [love] was so truthful and interesting. So that was my guiding light in the film."

Despite having this incredible advantage, he also had a unique way of directing Sunny. He and Miranda Harcourt, an acting coach from New Zealand, created a children's book about Saroo's story to help Sunny understand the role.

Sunny doesn't speak english, which was a further complication to directing the five year old boy, but with the help of an interpreter and inventing their own emotional sign language Davis was able to communicate exactly what he wanted from Sunny's performance.

Another aspect of Davis' approach to creating Lion was his stunning visual storytelling that takes the audience into the experience in a way I haven't seen in a long time.

After producers, Iain Canning and Emile Sherman of See-Saw Films, approached Davis to direct, he spent time in India to familiarise himself with what it must have been like for Saroo. Then he flew out to LA to talk with screenwriter, Luke Davies, about the structure of the screenplay. He told Variety, "I wanted the script to come from a directorial place as well."

Whatever the details of their discussion, they definitely communicated well, every shot and every act of the story flowed together seamlessly. It was done with a purpose, to aid and tell Saroo's story.

What impacted me the most was walking out of the cinema, I experienced feelings of culture shock. Everything seemed too bright and new. I'd been so immersed in Saroo's life that I felt I'd personally experienced it on some level.

At first I thought it was just me being the dramatic person I am, but I overheard several people saying the same thing.

Now a couple days later, I've been trying to piece together exactly how Davis and Australian cinematographer Greig Fraser did this. In the same interview with Variety, Davis mentions they decided to keep the focus on Saroo. "Basically at the beginning of our movie," he said, "the audience is with that little boy, and we have to be inside his experience. I thought the more I could take the audience into that place, the more powerful it would be."

He was right. The film immerses the viewer in Saroo's world and even days later, I find myself being moved to tears. I can't remember the last time a film had this kind of affect on me.

With so many gimmicks coming out these days for film, whether it's 3D or 4D experiences so the audience can feel like they are in the movie, some of it is exciting, but other aspects are cumbersome and annoying. It's refreshing to watch a movie like Lion, and see you don't need the gimmicks to move an audience, to make them feel like they're there experiencing the story for themselves.

One of the most amazing aspects about Lion is how it's also using its impact to make a difference for children.

Roughly 80,000 children go missing in India each year, and Lion is partnering with organisations Magic Bus, CHILDLINE India and Railway Children to raise funds to help children in India and all around the world. It's incredible to see a film use the platform it has to help others. You can learn more on their website.

Lion is an extraordinary and impactful film. Dev Patel has said in several interviews that people are leaving the cinema to call their family and thank them for being a part of their life and others are jumping onto the campaign to help see change happen.

In a world that feels so divided at the moment, Lion is exactly what we need, and as such, is the only film you need to see in 2017. 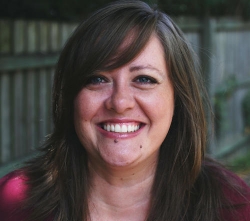 This article was previously published on The Independent Initiative.

Charis Joy Jackson's previous articles may be viewed at http://www.pressserviceinternational.org/charis-jackson.html