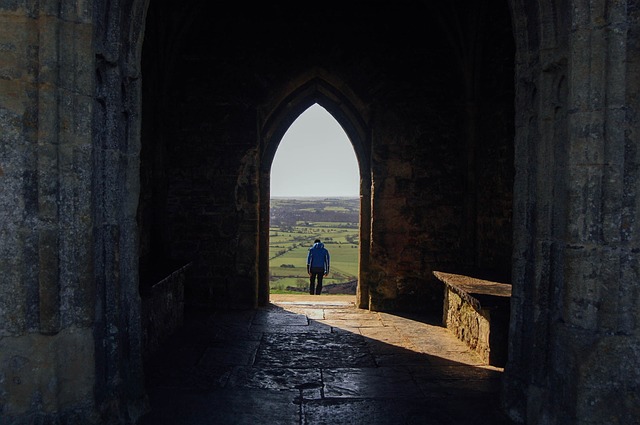 Love your enemies!  We often say it, read it, and then leave it in the too hard basket.  We are surrounded by enemies, how are we to react?

The Same-Sex Marriage vote has caused considerable animosity, here in Australia. You may have an opinion, a very strong opinion!

You see red!!! Enter Jesus! “But, I tell you, love your enemies, and pray for those who persecute you.” O come on!! How extreme?  Has He seen the headlines, the news? Maybe He knows something about human nature that we choose to ignore.

While many of us can be easily miffed with someone or about something, no one has faced more brutal persecution than the Jews. Their respect for mankind is summed up in ‘kvod habriot’, which refers to human dignity and respect.  The Hebrew Kavod (kvod) means honour and comes from  the word ‘Kaved’ (heavy), meaning, something that carries a certain level of weight or importance.

Rabbi Cohen said, “In other words, your friend’s dignity should ‘weigh heavily’, or have great importance and value in your eyes, it should not be perceived as something light and insignificant.” (Honoring Your Fellow Man, Rabbi Zamir Cohen, hidraboot.com)

He means those ‘others’ have a right to their opinions and a right to express themselves.  It is only when they break the law, penalties apply, but love never ends. According to Rabbi Jonathan Sacks: “from the outset, the Hebrew Bible speaks of a free God, not constrained by nature, who, creating man in his own image, grants him that same freedom, commanding him, not programming him, to do good”.

In his study on the image of God Peter Adams, vicar emeritus at St Judes, Carlton wrote:  “Human destiny is to represent God, and it is essential that we understand this to understand both our dignity and fallenness. If we don’t realise that we are made in God’s image, we are likely to underestimate both the good that humans can do, and the damage that humans can do.

We are powerful for good or for ill, precisely because we are images of God.” He referenced scripture.  “Do not deprive the foreigner or the fatherless of justice … you were slaves in Egypt and the Lord your God redeemed you from there” (Deuteronomy chapter 24, verses 17,18); “Be perfect (in loving your enemies), as your heavenly Father is perfect” (Matthew chapter 5, verse 48) (The Image of God, Part 3 – Human Dignity, Peter Adams, The Gospel Coalition of Australia).

In the Book of Jewish Knowledge, author Nathan Ausubel observed: ‘The practice of hospitality has never been a specifically Jewish tradition; it is also a characteristic of other peoples. The Bible records incident after incident in which warm and even life-saving hospitality was lavished by ‘heathens’ on the nomadic heroes of Israel.

The most notable examples of what the Talmud describes as acts of “lovingkindness” were those shown by the idolater Laban to the Patriarch Jacob, by the Midianite priest Jethro to Moses (who later became his son-in-law), and by Rahab to the men whom Joshua had sent “to spy out” the land of Canaan.’ (The Book of Jewish Knowledge, Nathan Ausubel, Crown Publishers, New York).

Martin Luther King Jr preached a sermon ‘Love your enemies’ and said: “Now there is a final reason I think that Jesus says, "Love your enemies." It is this: that love has within it a redemptive power. And there is a power there that eventually transforms individuals. Just keep being friendly to that person. Just keep loving them, and they can’t stand it too long. Oh, they react in many ways in the beginning. They react with guilt feelings, and sometimes they’ll hate you a little more at that transition period, but just keep loving them. And by the power of your love they will break down under the load. That’s love, you see. It is redemptive, and this is why Jesus says love. There’s something about love that builds up and is creative. There is something about hate that tears down and is destructive. So love your enemies.”

In his book Killing Jesus, author Bill O’Reilly made his dedication to those ‘who love their neighbours as themselves.’ Jesus died a painful death suffering through the vicious brutality of the cross. In the midst of His agony Jesus prayed, ‘Father forgive them, they don’t know what they are doing.’ What an amazing prayer? Every day we face moments when we can love or not. To fulfill our witness, loving like the Lord is the key.

The heart of the matter was summed up  by C. S. Lewis, “Love is not an affectionate feeling, but a steady wish for the loved person’s ultimate good as far as it can be obtained.”