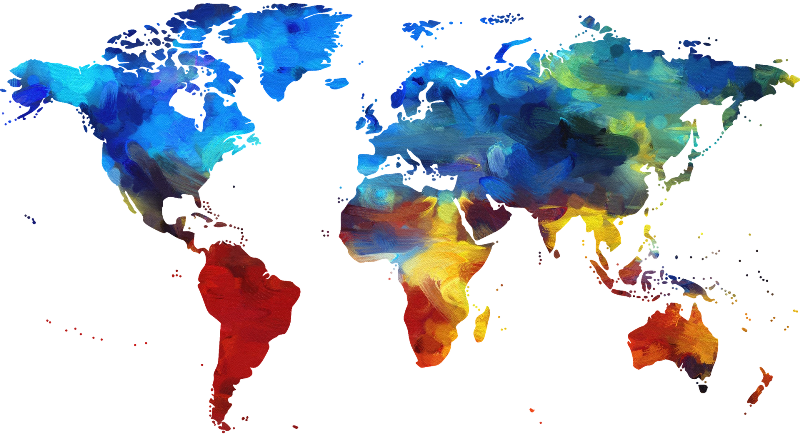 I was recently at a Salvation Army event that happens every three years, bringing together people from all over New Zealand, Fiji, Tonga, and Samoa, to join in fellowship, celebration, and vision casting for the future. I’ve been to plenty of these before and while they’re all fantastic, if we’re honest they’re also pretty similar.

This year though, there was something different – a tangible joy in the air.

A joy that I believe was brought about because all four nations and the different cultures found within those countries were truly represented and embraced, exactly as they were.

People spoke in different languages and it was beautiful. We couldn’t all understand each other but it didn’t matter.

People wore their national dress and it was beautiful. We didn’t all look the same but it didn’t matter.

People praised God in different ways and it was beautiful. We didn’t all dance or sing the same way but it didn’t matter.

I was so strongly reminded of why I love the international Salvation Army, a church movement that has a presence in over 130 countries, fighting to tell the good news to all of the world.

It is a Salvation Army that is true for each of these 130 countries and their individual contexts, being whatever that nation and culture needs in order to bring life. But when we come together as one, joy abounds.

Nationalism is on the rise

However, there’s a nationalist sentiment starting to creep back into our society, and in some places actually, the sentiment’s re-entrance is more like a bull charging in.

It’s this sentiment that makes people feel that they are superior to others and that it’s all about getting ahead, no matter what the cost to others around us.

But to this I say, firstly, completely segregated societies are just not possible in the 21st century. Putting world politics and economics asides, in our personal bubbles with the internet, social media, and the ease of international travel, the world we live in is cosmopolitan in nature and we can’t just split back into our own little pockets.

And secondly, I think that this sentiment is just a complete lie!

My experience has always been that embracing other cultures and ethnicities has brought nothing but joy in the long-run. Sure, sometimes it can be confusing and messy at first if we have limited knowledge, but when we put in the effort to understand, seeing different people connect is beautiful.

Diversity in the scriptures

We can see countless examples throughout God’s Word that tell us to embrace all, no matter their race or ethnicity. In God’s law in the Old Testament before Jesus, he commands his people time and again to love and care for the foreigner (Deuteronomy chapter 10, verse 19, and Leviticus chapter 19, verse 34).

Then in the New Testament when Jesus came to earth, Luke chapter 10 records Jesus telling the story of the Good Samaritan and the importance of caring for our neighbour. We also read in John chapter 4 of Jesus talking to the Samaritan woman, even though that was frowned upon by others in his society because he was a Jew.

At the beginning of the early church in Acts, we read about Paul who had a vision from God telling him to begin ministering to the Gentiles, people who were not like him. He is later recorded in one of his letters saying that “there is neither Jew nor Gentile, neither slave nor free, nor is there male and female, for you are all one in Christ Jesus” (Galatians chapter 3, verse 28).

The Bible is full of references about not just loving and caring for people who are different to us, but embracing them just as they are.

When Paul started preaching to the Gentiles, he didn’t tell them to get circumcised so that they would be like the Jews. They were embraced just as they were, with all of their customs and practices, because they were still children of God and it was through Jesus that they were unified.

Not just a token

We need to be so careful that we don’t make anyone a token though, putting them on a pedestal so we can tick our ‘diversity’ box, but actually expect people to change and adapt to be like us. The line can get very blurred as even with the best intentions, people often have a hidden agenda.

It sounds crass but in a New Zealand context, it’s very easy for people to want to have ‘the Māori person’ or ‘the Pacifica person’ on their team, but then not actually want them to act true to their culture, whether that means not speaking te reo or dressing a certain way.

Our true aim should be to embrace and welcome others exactly as they are, even if they dress differently, speak differently, or eat differently, because we are all one in Christ.

It’s not just about race

While most of my thinking on diversity has been about the more obvious differences in ethnicity, diversity comes in many forms - physical appearance, religion, education, age, gender, or sexual orientation.

At my work, we’ve recently formed a LGBTQIA+ Working Group to talk about how to make our workplace more inclusive for members of the rainbow community, and I went along as an ally.

It was so beautiful to hear people’s stories about how experiences at work can be made so much better when people feel that they don’t have to change who they are. People find joy in being their true selves, and I find joy in their joy. It’s as simple as that.

“You don’t love them”

To finish, I’ve always been compelled by the story of Jeremy Courtney, founder of Preemptive Love. He tells the story of when he felt called to the Middle East and moved to Iraq with his family during the Iraq War, but didn’t really see anything fruitful from his ministry in its first few years.

Crying out to God one day about why nothing was working, God challenged him with a single statement – “but you don’t love them”. He realised that his service was conditional, that he was helping people in the hope that they would convert from Islam to Christianity but didn’t really love them as they were. What a challenge.

Embracing diversity does not mean turning people into a token or expecting them to change to become like you.

Embracing diversity means loving people as they are, for who they are, including the ways that they’re different to you.

This is where joy is found. 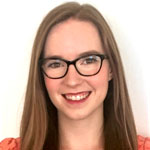 Rebecca Howan is from Wellington, New Zealand, where she works as an Executive Assistant in the humanitarian sector. She worships and serves at The Salvation Army, and is passionate about music, travelling the world and building community.

You can read Rebecca’s previous columns at https://www.pressserviceinternational.org/rebecca-howan.html

Rebecca Howan is from Wellington, New Zealand, where she works as an Executive Assistant in the humanitarian sector. She worships and serves at The Salvation Army, and is passionate about music, travelling the world and building community.

You can read Rebecca’s previous columns at https://www.pressserviceinternational.org/rebecca-howan.html