The story is told (in The Therapeutic Abortion Act) of one doctor asking another: “I want your opinion on the termination of a pregnancy.  The father is syphilitic; the mother tuberculous. Of the four children already born to them, the first was blind, the second died, the third was deaf and dumb, and the fourth was tuberculous.  What would you have done?”

“I would have ended that pregnancy,” replied the second doctor.

“Then,” said the first, “you would have murdered Beethoven,”

Abortion is one of the most emotive and important questions we as Christians face today. Let me continue in this vein by quoting from Paul C. Vitz’s work, Psychology in Religion, “Recall that the young Mary was pregnant under circumstances that today routinely terminate in abortion. In the important theological context of Christmas, the killing of an unborn child is a symbolic killing of the Christ child.”

Historically, the Christian view of the foetus has been that it is not part of the mother’s organs, but a separate entity, dependent on the mother, just as a babe at the breast, but not part of mum’s organs – separate. The Christian view has been anti – the Roman view, which believes that a human person begins to exist at birth and not at conception.

This is the view people want to adopt today. It’s the view that the foetus is not a human being.  The Christian view generally has been to terminate is wrong because the foetus as from conception is a human life, a creation of God.

I see your newly born sons exposed by you to wild beasts and birds of prey, or cruelly strangled to death.  There are also women among you who, by taking certain drugs, destroy the beginnings of the future human being while it is still in the womb and are guilty of infanticide before they are mothers.”

An anonymous Christian work, The Prophetic Scriptures, written before A.D. 325, asserts that “the embryo is a living thing and that abortive infants shall share the better fate.” i.e., go to Heaven.  Is this still the Christian view?

The American Medical Association had a symposium on the question, “when does life begin?” Leading theologian and ethicist, Dr Montgomery, was the Protestant authority chosen and he stated, “

The first cell is already the embryo of an autonomous living being with individual hereditary patrimony, such that if we knew the nature of the spermatozoid and the chromosomes involved, we could already at that point predict the characteristics of the child, the future colour of his hair, and the illnesses to which he would be subject…Though variations in theological and medical judgement can certainly be observed historically on the question, it is remarkable how closely Biblical teaching (Exodus 21:22-25) and scientific evidence today enter into accord on the absolute cruciality of egg-and-sperm union as the point of origin of individual human life…”

Why does the Christians oppose abortion? It’s because of Biblical passages that support a foetus as human life. Jeremiah 1:5 states,  “Before I formed you in the womb I knew you, and before you were born I consecrated you; I appointed you a prophet to the nations.” (Jer. 1:5) And the psalmist writes,

For it was you who formed my inward parts; you knit me together in my mother’s womb.  I praise you, for I am fearfully and wonderfully made. Wonderful are your works; that I know very well. My frame was not hidden from you, when I was being made in secret, intricately woven in the depths of the earth. Your eyes beheld my unformed substance. In your book were written all the days that were formed for me, when none of them as yet existed.” (Psalm 139:13-16)

Dietrich Bonhoeffer claimed that “the destruction of the embryo in the mother’s womb is a violation of the right to live which God has bestowed upon this nascent life.  To raise the question whether we are here careened already with a human being or not is to merely confuse the issue. The simple fact is that God certainly intended to create a human being and that this nascent human being has been deliberately deprived of his life. And that is nothing but murder.”

Christians also oppose recent abortion bills throughout Australia on medical grounds.  At 21 days the first heart beat is present. In the 10th week sex organs are present. In the 4th month the child is 8-10 inches and in the 6th month sleeps and wakes. Growth is a gradual process and this process continues after birth.  Then there is a gradual focusing of the eyes, sequence of crawling, strengthening.

God loves His creation. All of it so much that He sent His Son into the world to redeem it. Life belongs to God – whatever it’s form and shape. Let’s leave it that way, and stand up for the unborn.  We care for the human dignity and worth of all people, and at all stages of life. 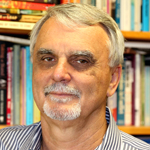