after the trophy presentation at the 2005 Australian Open tennis tournament in Melbourne. (Reuters)

In the tennis world Margaret Court was described as ‘dominating.’ She had great athleticism combined with a fierce fitness regime. She won 64 Grand Slam titles (24 singles, 19 doubles, 21 mixed doubles), a record for any male or female player.

US tennis champion and great rival Billie Jean King labeled Margaret ‘the arm’ because of her formidable reach. Her record included the ‘boxed set’ – singles, doubles and mixed doubles victories at all four major tennis championships.

In 1960 at the age of 17 she won her first Australian Open. This was the first of seven consecutive Australian titles. Court won the Australian Open 11 times from 12 finals. Across her breath-taking amateur and professional career Margaret registered a 1,180 – 107 win-loss ratio.

She was born Margaret Smith, 16th July, 1942 in Albury, NSW. Her birth was a battle. Her mother almost died and Margaret arrived in a less than healthy condition. The family lived in a modest, two bedroom, asbestos home. Nevertheless the circumstances were not all bad.

Divine Providence provided twenty-four grass tennis courts across the road from her home. It was on those courts Margaret spent her childhood energy. Albury tennis coach Wally Rutter encouraged her. He mentioned her talent to Australian legend Frank Sedgman.

When Margaret was a 13, Sedgman predicted she could be the first Australian woman to win the championship at Wimbledon. Eight years later her prodigious record began when she won the coveted Wimbledon crown and confirmed his forecast.

Margaret remembers being a childhood ‘tomboy’ and in a neighborhood of young boys she learned to compete. Court does not call her motivation ‘competitiveness’, so much as a commitment to give her best.

When she retired she had no idea of her career statistics. It was left to a British commentator, John Barret, to tally the details. She was the first Australian woman to win Wimbledon. That was 1963. In 1970 she won the Calendar Year Grand Slam (Wimbledon, the Australian, United States and French Opens). In 1975 she was the first mum to be number one in the world. Margaret retired from tennis in 1976. She was inducted into the International Hall of Fame in 1979

Margaret was the fittest player on the international tour. Under coach Stan Nicholls she took to cardio and circuit training and running sand hills. She was called ‘the Aussie Amazon.’ An International Hall of Fame reports says: “Honors abounded for Court. She was made Member of the Order of the British Empire (1967), inducted into the Sport Australia Hall of Fame (1985), the Australian Tennis Hall of Fame (1993), earned the ITF’s Phillippe Chatrier Award (2006), and was made Officer of the Order of Australia for her services to tennis and community (2007). In January 2014 Show Court One at Melbourne Park, (home to the Australian Open since 1988), was renamed Margaret Court Arena.”

Margaret moved to Perth, West Australia, and was quickly surrounded by a group of friends. Her relationship with husband-to-be Barry Court blossomed and they married. His companionship and support sparked Margaret, she turned professional and the two travelled the world. 1970 turned out to be the greatest year for her.

She picked up her ninth Australian Open, her fourth French and Wimbledon was next, so was Billie Jean King. Margaret won a blistering first set 14-12. Barbara Oldfield likened this match to ‘Gunfight at the OK Corral.’ (A Winning Faith – Barbara Oldfield, Sovereign World). Margaret won the second set 11-9 and the Wimbledon championship was again hers. She completed the Grand Slam winning the US Open.

Son Daniel arrived in March 1972. In 1973 Margaret won her 11th Australian Open, and then the French title. Newcomer Chris Evert beat her in a Wimbledon semi final but Margaret immediately bounced back with a win at the US.

During the French Open in 1973 Margaret attended a church service. She began to think about God and what knowing Him really meant. A friend gave her a small book ‘How to Be Born Again.’ Margaret read it over and over. She arrived back in Perth to find another friend Anne had become a ‘born again’ Christian. Margaret marveled at the radiance in her friend. Soon she went to a church meeting with Anne. Margaret responded to the altar call. Barbara Oldfield described that moment. “A struggle of infinite proportions went on inside Margaret that night, for she knew that everyone in that meeting would know who she was if she went forward.

She was still the number one tennis player in the world at that time and her pride at that and being a Catholic all her life, almost stopped her from going forward. But she was compelled to go out and give her life to Christ; something she knew she had never done before. It felt as though someone had switched the light on inside. An incredible peace and joy flooded her whole being.” (A Winning Faith, Barbara Oldfield, Sovereign World International)

Margaret described this as ‘the greatest day in her whole life.’

Her first daughter Marika was born in 1974. Her third child Teresa came along November, 1977.

As she sought deeper connections to her faith Margaret was disturbed by a time of ‘inner healing’ which had her more focused on her past than the Lord. At the height of her pain and uncertainty she grasped a bible verse: “If any man is in Christ he is a new creature: old things are passed away; behold all things are become new.” (2 Corinthians chapter 5, verse 17)

A prominent US preacher Fred Price had a profound impact on Barry and Margaret Court and in 1979 she attended a church where the teaching emphasized the bible. She graduated from Bible College in 1983. Barry gave his life to Christ and the time was right for the launch of Margaret Court Ministries Inc. The arrival of daughter Lisa expanded the family to four and they were all part of the Margaret Court outreach.

Then came Victory Life Centre. On their website they say: “Her vision was to see the lost, lonely, sick and defeated triumph in life by receiving Jesus Christ as Lord and Saviour, and to teach them how to implement the faith principles by which they too could live a successful life.

“Facing the challenge of God once again in her life, in June 1995 Victory Life Centre Inc was established. Ps Margaret's desire for Victory Life Centre is to train an army of strong believers, knowing who they are in Christ and the Christ within, to go and take the nation and the nations for Christ.”

Victory Life Centre is described as ‘a church with a purpose’ founded on The Bible as ‘the inspired, authoritative, infallible Word of God.”

Her personal story is available in the new book “Margaret Court – The Autobiography.” Margaret’s other books available, “Winning Life” and her new book “Train Your Brain”. 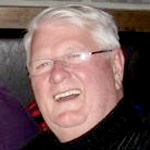