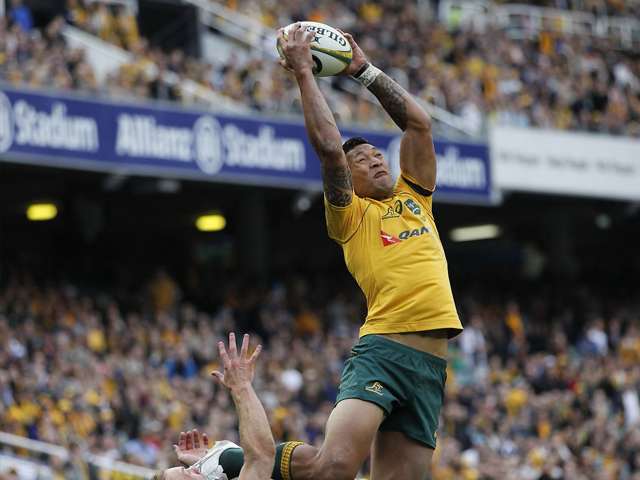 After the sacking of Christian rugby player Israel Folau, a poll reveals that many Australians are wary about employees being penalised by employer restrictions over what they can say beyond the workplace.

The Guardian Essential poll found that over half of Australians (58%) believe employers should not have the right to dictate what their employees say outside of work.

Another clear majority (64%) believe that people now hesitate before saying what they really think because they are afraid of how others will react.

But there was less support (44%) for a change to the law to strengthen protections for the expression of religious views in public, such as is being advocated by conservatives in the Morrison government.

Over two thirds (69%) of those polled said that it was "right" that people consider how their words affect others, while nearly the same proportion (64%) said that "people should not be able to argue religious freedoms to abuse others".

The poll was carried out in the wake of the row between Israel Folau and Rugby Australia after his contract was terminated over an Instagram post that said gay people, among others, would go to hell if they did not repent.

Over two thirds (68%) of those surveyed in the poll said they had been following the dispute.

Supporters of the Coalition were more likely to say that the dispute was about free speech.

A majority (68%) of those surveyed agreed that "Israel Folau chose to share his religious views on social media and should take responsibility for them". Just over half (51%) agreed with the statement, "Israel Folau has used his public profile to attack a minority group in the community".

A third (34%) agreed that "Israel Folau has the right to voice his religious views, regardless of the hurt it could cause others", compared with 36%, who disagreed with the statement.

Australia's attorney general Christian Porter suggested in comments to the Guardian Australia this week that the government's proposed religious discrimination bill would prevent future cases like Folau's from arising.

He said it would provide a "powerful avenue" for people of faith experiencing "indirect" unfair treatment.