In our home, when we go out and about, I am usually the designated driver.

Due to recent circumstances though, I have been unable to drive and this has given me the chance to sight see when usually my eyes and concentration are on the road.

Driving through the hills recently, we drove through an area which was badly burned by bushfire about 2 years ago. I noticed the trees and foliage had almost completely restored themselves, the only indication a fire had been through the area was patches of black earth.

It amazed me how the land was able to recover so well. Birds were back, kangaroos were in view and it was as if nothing had ever happened—all beautiful fresh green foliage.

This got me thinking, there is actually a constant cycle of life and death in almost everything in nature of God’s creation.

Animals are born; live out their lives, giving birth to new life before passing away.

This is especially notable around the season of spring.

Spring reflects and illustrates the truth of the resurrection of Christ. It celebrates the living triumph over the long cold death of winter. Birds returning from their migration to sing once again, as if back from the dead. Animals who hibernate, arising from their tombs of slumber, emerging to resume life once again.

Even the mornings, rising from the dead of the night reminds us daily of the resurrection.

The varieties of flora are not exempt either—they create new life by seeds dropping on the ground. Even dead plant matter decays into the ground and supports the new life of the seeds cast upon it.

Unseen to the naked eye, seeds germinating throw off the tightly wrapped grave clothes of its shell and begins pushing its way through the soil, bringing its future sheaves with it. The sometimes off-looking caterpillars that willingly encase themselves in a self-made tomb, from which it emerges with a new, sometimes stunning looking body, capable of movements and abilities made impossible in its first state of being.

Parallels to the resurrection

Do you think God’s creation echoes the resurrection that is in Christ? He died and was born again, and when you look at it, so is so much around us.

Think for a moment, the resurrection was planned before the earth was created.

As Psalm chapter 19 verses 1 & 2 states, “the heavens declare the glory of God, and the firmament shows His handiwork.  Day unto day utters speech, and night unto night reveals knowledge.”

If all of creation sings to the glory of our Lord, then some of it sings a solo to the risen Christ. Like a kernel of wheat, the dead body of Jesus was harvested from the cross and sown into the ground, only to rise again.

I love these hidden yet obvious truths our Lord hides all around us to discover, if we will only look out the car window once in a while. 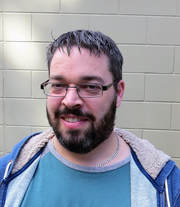 Michael Dahlenburg is an electronics technician currently working in the ATM industry. He is non-denominational and has previously been involved in church plants and assisting those in ministry. His interests include; enjoying family, home DIY, gardening, most things tech-related and driving his wife crazy with a constant stream of inventions!