A concept I often repeat is that we should ride the waves of positive and negative feedback, rather than being drawn into them.

In both cases the feedback should be considered – we need to be teachable – but riding the waves of feedback will allow us the objectivity we need to consider it properly.

The biblical basis for this surprisingly surfer-centric metaphor (those who know me will find the idea of me surfing laughable) is Romans chapter 12, verse 3, which says:

“For by the grace given me I say to every one of you: Do not think of yourself more highly than you ought, but rather think of yourself with sober judgment, in accordance with the faith God has distributed to each of you.”

Paul mentions the grace given to him in this verse, and in verse 6 of this chapter, that same grace, given to each of us, is said to be the basis of the various gifts (or ‘abilities’) that God has given us.

Our gifts are God-given

First and foremost, we should note that these are gifts we receive by grace from God (so a gift from God, freely given, not based on our merit).

The God-given nature of our gifts is what drives us to have ‘sober judgement.’ We can’t too deeply embrace positive feedback if we recognise that the thing we are being commended for is given to us as a gift from God, rather than being born out of how fantastic we are.

I should point out that the language I am using here is important. We should ‘observe’ positive feedback, we just shouldn’t too deeply embrace it. God has surrounded us with people to affirm and encourage us, and we can unwittingly dampen their affirmations by not observing positive feedback when they offer it.

The following story springs to mind in discussing this concept: After the service, a pastor was greeting congregants at the door to the church. One congregant commented, ‘that was a great sermon today, pastor.’ ‘Oh, it was God, not me’ the pastor meekly replied. ‘Well it wasn’t THAT good’ responded the congregant.

In our zeal to give God the glory, we can sometimes fain humility with throw away lines such as this, inadvertently taking away the strength of the truth we are trying to communicate.

All our gifts are indeed from God, but it’s good to appropriately observe positive feedback, which affirms to us that we are properly practicing the gifts God has given us. Simply saying ‘thank you’ will encourage the person trying to affirm you and can perhaps be followed up by a comment regarding the goodness of God in the varied gifts he has given each of us.

Our gifts have limits

I alluded to Romans chapter 12 verse 6 before, the passage that begins, “We have different gifts, according to the grace given to each of us.” As we consider our gifts with sober judgement, we will come to the realisation that we aren’t gifted in every way.

Most Christians are aware of these sorts of passages, the ones where we are told that we are the body of Christ, made up of many parts. However, if we are prone to being drawn into the waves of positive or negative feedback, we can often forget about them. We forget that our gifts have limits.

By grace, God has given each of us different gifts, and he doesn’t expect that we will be able to function well in areas of life where he has not gifted us.

The terrors of youth ministry

For example, God has not gifted me with the ability to lead youth ministry. I don’t even know how many times I have attempted to engage high schoolers in an activity or a devotional, only to be met by blank stares representing very clear negative feedback!

But this limitation, instead of being embarrassing or depressing, should be freeing – God simply hasn’t gifted me in this way! Our gifts have limitations, and so I am learning (I certainly haven’t perfected this) to receive this sort of feedback objectively, thinking of myself with sober judgement.

If I was drawn in by the ‘waves’ of positive and negative feedback, my pride would compel me to believe that I was defective in ministry entirely. However, sober judgement tells me that I’m just not gifted in youth ministry specifically. My gifts have limits, and this should be freeing, not disheartening.

Own it, but don’t be defined by it 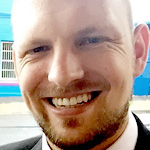 Brent Van Mourik is the Queensland State Representative for Baptist World Aid Australia and is a registered pastor with the Baptist Union of Queensland. He completed a Bachelor of Theology with honours in New Testament through Malyon College in Brisbane, where he now lives with his wife, Jane. In his down time, he enjoys making and drinking good coffee, and developing his theology of disappointment, whilst putting into practice Ephesians chapter 4 verse 26 (“In your anger do not sin”) on the golf course.