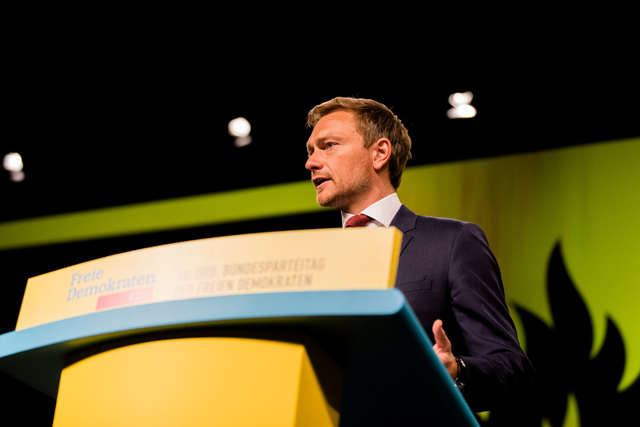 Out of the 30 Prime Ministers we have had since Federation, only six have professed to be either Agnostic or Atheist. We have seen the “observant” Christians, the regular churchgoers, people like almost-a-priest, Tony Abbott, Kevin Rudd, who was regularly seen going to Church in Canberra while he was Prime Minister.

There was the conventional ones like Menzies and Keating, that were occasional churchgoers and the nominal ones that only went on formal occasions—our first Prime Minister Edmund Barton was believed to be a nominal Christian.

The difference in Morrison

Morrison is the 30th Prime Minister and first we have ever had from the Evangelical Pentecostal side of the Church.

In a country largely viewed as secular, Morrison openly references his faith. He and his wife Jenny are also regularly involved in ministries at his home church; Horizon in the Sutherland Shire of Sydney.

He and his family have been members of that church for over a decade and his wife and daughters are regularly involved in the kids program at the 2,000 strong Pentecostal Church in Sydney.

Morrison and his wife also met through church as teenagers. In fact, the Senior Pastor of Horizon Church, Brad Bonhomme confirmed their attendance and involvement in the Church in an interview with another publication.

In his maiden speech to parliament, Morrison referenced his faith and how it shaped him at an early age.

It is quite clear that Morrison is different to a lot of Prime Ministers who have professed faith in Jesus publicly.

While many have kept their faith largely private, Morrison openly expressed it in his maiden speech, speaking out against the stereotype of Christians in Parliament as extreme.

“In recent times it has become fashionable to negatively stereotype those who profess their Christian faith in public life as ‘extreme’ and to suggest that such faith has no place in the political debate of this country.”

“Australia is not a secular country—it is a free country. This is a nation where you have the freedom to follow any belief system you choose. Secularism is just one. It has no greater claim than any other on our society.” (Morrison, maiden parliamentary speech)

He is not afraid to stand up for his beliefs

Morrison is clearly not afraid to stand up for his faith and if you have doubts about his beliefs, then an endorsement from his Senior Pastor should dispel any doubts you might have.

Then there are the circumstances in how he came to be in power. Morrison publicly supported Turnbull in the week leading to his demise. There is in fact a very famous photograph of Mr Morrison sticking his arm around Turnbull in a public show of solidarity.

It was largely expected to be a contest between Dutton and Turnbull, but in an unexpected twist, after Dutton revealed the 43 signatures needed to bring a spill in the Liberal Party, Julie Bishop and Scott Morrison entered the race for the top job.

Then there was doubts over Dutton’s eligibility to sit in the parliament following revelations that Dutton had a potential conflict of interest over his wife’s childcare business.

Following a solicitor-general’s investigation, the Solicitor General ruled that “Dutton was not incapable of sitting in the parliament” (August 23, 2018).

During this time, it is believed that Turnbull urged his supporters to support Morrison during the leadership. Turnbull’s support ensured that Morrison became Prime Minister.

You can say Morrison held his integrity and was loyal to his leader until the end. I understand this may be treated with cynicism, but you cannot deny that no leadership spill was brought on by him and his elevation was hardly tainted.

God is in control

In the Bible it says, “And we know that for those who love God all things work together for good, for those who are called according to his purpose.” (Romans chapter 8 verse 28)