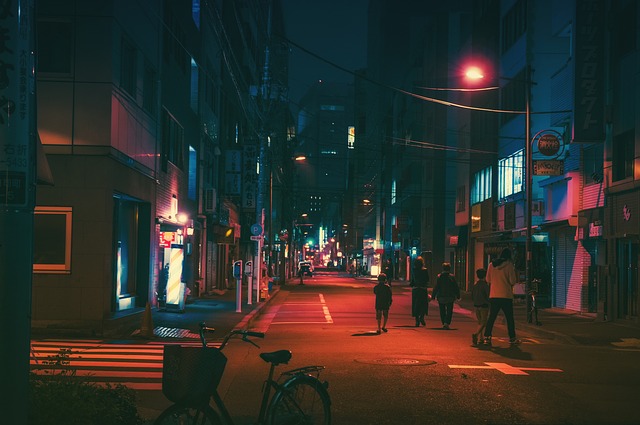 I took one look at the guard dog and it started running, I turned to my partner to to tell him not to run, as I thought running was a sign of fear and would provoke an attack. My partner was already running and had left me in his dust! The dogs did not slow or change their course but came on strong so I started bolting for the wooden gate we had come in through.

I remember sprinting and looking back several times as the dogs gained on me and I remember the relief of seeing the gate coming close. It was close but I was just going to make it... until my partner opened the gate, got through, and slammed it in my face. I turned around to see the German shepherd lunge with open jaws... straight onto my bum! I yelled and scrambled at the gate and the dog continued to gnaw at my behind. After what seemed like an eternity I slipped out, slamming the gate on the psychotic Chinese guard dog.

I was glad that compared to our Australian guard dogs he seemed pitifully under weight, lucky for me, but what he lacked in size he made up for in attitude! My bum was sore for a few days but lucky no stitches.

On my second trip to China I was able to work hard with my partner and deliver thousands of gospel tracts. Two funny incidents and one encounter tho. First of all, towards the end of our trip we had sore shoulders from carrying shoulder bags loaded with kilos of tracts and in our down time we decided to try and get a massage.

Our taxi driver was Indonesian and spoke some English and offered to be our guide. Down this alleyway he took us down we found what appeared to be a hairdressing salon. He told us it was a massage parlour. It was narrow glass shopfront with a long mirror along one wall, with leather barbers chairs. We haggled a bit over price and then sat down in the chair and started to receive a much needed shoulder massage. After a while the lights were dimmed and shutters were pulled over the windows of the shop.

I didn't think much of it. The Chinese man on my left had his masseuse lay her head on his chest and she started to sing quietly to him, I looked to my partner who was seated on my right, to comment to him, only to see his masseuse with her hand up his top and massaging his nipple. I looked in the mirror back at my masseuse as she said to me 'you say come on baby', sounding like a hooker in a bad Vietnam war movie. My mind started racing, this was no merely a massage parlour.

I took out my phrase book and started telling her about the love of God and how Jesus died for our sins. What followed was probably my most awkward time of witnessing in my life!

Our last night on that trip, all teams met up and the stronger members were given extra tracts and my partner and I split up. The city was Guangzhou and it was a larger and more prosperous city than I was used to. I chose to follow main roads and do larger dumps of tracts in busier that would receive heavy foot traffic the next day. The main roads were unusually quiet when I spotted red and blue flashing lights coming towards me. I ducked into a side alley and watched the police car drive past.

This happened several times when a police vehicle stopped and started reversing. I ran into a square compound with single storey builds around the outside with drainage ditches running in front of them. I jumped down into the drain, knowing there was no way out of the compound, and hid. I heard a vehicle pull up, people exit and begin searching. It didn't take long for them to find me. Hands reached down and forced my hands onto my head and commands were shouted in mandarin.

I was pulled out to see several guns pointed at me and two police grabbed each arm and hustled me into a police van. After a short ride I was escorted into a police station and guarded from 3am to 9 am til I was interrogated by an interpreter. It sounds a lot worse than what it was, with the greatest danger being in the actual arrest. I was released with a warning and a sworn statement I would not distribute Christian literature in the city again.

The last story came in two parts. First of all, after we had finished our tract bombing we all met up and went to MacDonald's for dinner in Beijing. People were getting exited to indulge in some familiar food but I got caught up talking to some Mongolian students out the front, who were keen on trying out their English. A small boy, around 7-8 years old with a filthy t shirt came up and begged for money. I invited him inside so I could buy him some food and give him some company, but he said, using the student as translators, that he was too dirty and felt ashamed about going inside.

I went inside and ordered him a MacDonald's meal and came out to talk to him some more. Before I knew it there was some shouting and the boy, who had told us he was an orphan, run down an alleyway. The students said that the police would beat him up for pestering people for money. I ran after the orphan and went into the alleyways calling out for him. I gave up and went back out, I was fuming and thought seriously about dealing out some street justice on those policemen. I found myself really upset at the whole situation.

Back in Australia life and church went on as usual. I had come home but things were not satisfying. I had had some quite powerful and supernatural encounters on my previous missions trips but this last one just felt a bit like a failure. It wasn't until I was worshipping at church in the following weeks that God spoke powerfully to me.

God brought me back to my feelings outside MacDonald's in Beijing, my feelings of wanting to protect, comfort and help the dirty little orphan. God then said that' how he felt about me, that I felt like a dirty orphan child, begging for love but too ashamed to enter into God's fellowship, and bullied and scared of the corrupt powers in this world.

This role reversal really helped me to understand the heart of the Father towards us and it also showed me how God uses everyday experiences to become moments of divine revelation and encounter.