There is a preamble to the laws of cricket called "The Spirit of Cricket". It is an affirmation of crickets gentlemanly traditions appealing for respect towards opponents and umpires. Of course such calls for respect are laudable. However, in sport the object is to win and there are those who play who are willing to bend the laws to secure victory.

When rules are pushed to breaking point such incidents tend to go down in history. Two such moments are forever part of Australian cricket folklore, though there are connected by blood. One word encapsulates the elder of our two tales, Bodyline.

Bodyline, or, fast leg theory involves the bowler bowling bouncers aimed at the head and body of the batter providing catches to waiting fielders. Back then batsmen didn't wear cricket helmets, also pads, gloves and boxes were not as robust as today. The English bowlers, under captain Douglas Jardine applied Bodyline to great effect.

In the first test at Sydney Stan McCabe defiant on 187 played a lone hand as Bodyline was both successful and controversial. Australian Captain Bill Woodfull was resolute in not responding in kind. Media at the time disagreed as did was Vice-Captain Victor Richardson. Woodfull's response evokes the spirit of the game "...I am not going to participate in actions that can only hurt the game."

Subsequently at the Adelaide Test, Woodfull, dismissed for 22 along with many injuries from the English tactic replied with the following iconic text. "There are two teams out there, one is playing cricket. The other is making no attempt to do so."

The resultant furore became a diplomatic incident. Though in time the English themselves experienced Bodyline at the hands of the West Indies. While still very much within the rules of the game, the English public concluded that it was not nice. Laudably the expectation was that captains would not use Bodyline. Eventually the rules of the game were changed. Winning is a carrot many cannot forgo.

In 1981 One Day cricket was a revolution pioneered to make more money for the players (and broadcasters too). Yes this is 'that' match against New Zealand. In the last over with four balls remaining New Zealand required eleven runs to win. Trevor Chappell brother of Australian Captain Greg had just bowled Richard Hadlee lbw. Amazingly off the next two balls Ian Smith made four runs.

To win New Zealand needed seven runs off two balls. With the penultimate ball Smith was bowled, only a six to tie would thwart the Australians. Here the ignominy begins. The brothers Chappell meet, a captain's call is made. The umpires and batsmen are told that Trevor will bowl the last ball underarm.

In the footage (you tube it https://www.youtube.com/watch?v=d2qpj-yBkwY) Rod Marsh's dismay to the tactic is visible. New Zealand batsman McKechnie blocks the underarm ball and tosses his bat away in disgust. It is as Bill Lawry says "a disappointing finish..." but it didn't end there. Diplomatic incident, you bet. Still a point of contention between Kiwi's and Australians, of course. Rules changed to stop such a thing occurring again? Yes.

What about the other connection? Well, the Chappell's are the grandsons of Victor Richardson the Australian Vice Captain from the Bodyline series. At the Adelaide Oval the 'Chappell Stands' are directly in front of the Vic Richardson gates.

Richardson was for repaying the English in the same vein. In the Chappell's defence, Greg had calculated badly on the day and had to bowl his brother instead of Dennis Lillee. Greg went for a tactic that was within the rules of the game, but not in the spirit of the game.

As for Bodyline, what could have happened if Woodfull was swayed? Waiting in the wings at the time was an indigenous Queensland bowler named Eddie Gilbert who had bested Bradman and was the fastest bowler in Australia. Both these incidents show that to win people will work within the rules but can break the spirit. If the spirit is gone is there still a game to be played? 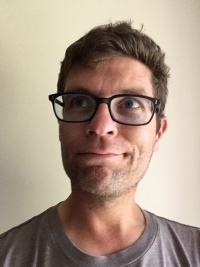 Phill plays club cricket in Melbourne's eastern suburbs. He was indoctrinated into cricket by his grandmother, who, had a television in the kitchen and another in the lounge; so she would never miss a ball bowled. Phill bowls leg breaks that bounce too high on synthetic wickets and is quite chuffed as he got his first LBW of his career this season. When not playing cricket Phill tries to complete his post graduate studies in theology under the University of Divinity.