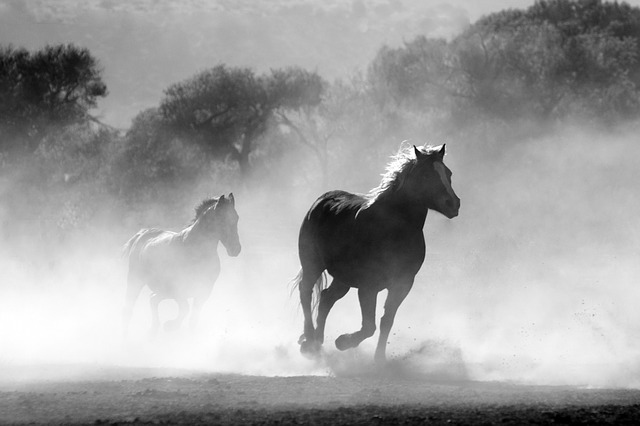 I distinctively remember, when I five years old asking my mum if I could please have a horse. At that stage, I lived in a small suburban house and we had no means of financially being able to afford horses.

I remember my mum would tell me to ask God for a horse (because God was also my best friend and he could do anything!), and to this day I remember before I would go to sleep at night, I would pray and ask for my very own horse…

The years went by, and growing up I realised that horses meant a lot a hard work, and so the desire to have my own horse wasn’t so strong. I liked horses; and eventually we did get horses. But the horses we had always meant hard work and not a lot of fun. And as a kid, all you really want is a bit of fun (cue for not much patience to train a horse as a 10-year old!)

So the years continued to go by, and God led my parents to a management position at Wirraway Homestead. Looking back I can see God’s hand on our lives, and the verse comes to mind: ‘We know that in all things God works for the good of those that love him and have been called according to his purpose.’ Romans 8:28.

Not only did we have our own horses, but I also had about 20 horses owned by Wirraway, that were already trained, that I could choose from for a ride. As a fifteen-year old, it was pretty much heaven. When I finished school I worked at Wirraway full time in the horse area, and when I was 19: I got my own horse.

In January of 2017 I heard along the grapevine, of a horse who was being given away in my hometown. So I went to the property and saw a brown horse in a paddock, she was a big horse, named Lily. Eating hay out of a bucket hanging on a fence. I took her for a walk in the paddock, I didn’t really know anything about her but I really felt like God told me he was going to use her in a special way, so then said I’d have her.

A week later I went and got her, and named her Heidi – Lily. Heidi meaning Nobility.

The first year of having Heidi came with various trials. Heidi was an ex racehorse and after jumping on her back a few times I came to realise she becomes extremely stressed and fearful under saddle.

After my first fall, I realised she wasn’t going to be my dream ‘gallop across the paddock’ horse anytime soon. Initially I was disappointed, but I had come to love this horse of mine in a unique way. The way she could sense the emotions of the children who handled and brushed her was extremely special to see, she had such a gentle and sweet natureand she had already taken up a large place in my heart.

Then the morning of the 9th of December 2017, I got a call from my best friend after she’d been feeding the horses. In my half-sleep state, her words were something like ‘Heidi’s cut her leg really bad. She can’t move and you need to come here right away.’

When I got there, Heidi was standing in a paddock with a hole two fists wide and about 10cms deep into her right foreleg where her leg meets her shoulder. The wound was missing muscle and had been bleeding for several hours. She was found in the paddock over, and so we assume she had somehow attempted to jump or pushed through the fence overnight.

We were able to contact the vet who stitched up the wound. However, being summer it was a 40 degree day and by the evening flies had laid maggots and had begun eating at her flesh. I picked the maggots out with tweezers, gagging (and crying…it had been an emotional day let me tell you!). To our amazement, Heidi recovered completely and has no further issues regarding her leg other than muscle loss and a rather fat scar.

During the months of caring for Heidi, daily (sometimes 3 x daily!) and in using my hands to heal and bind up her wounds, God would teach me what it looked like to sacrifice and lay my life down for something. I know that may sound strange, because in hindsight Heidi is a horse, and whilst I know God cares deeply about his creation, I don’t believe she is as valuable as the human life.

But caring for Heidi meant I missed out on other things: social events, summer BBQ’s, Christmas parties and even going to church and buying some Christmas presents. But, Heidi became well again, and I learnt of the unconditional value of humanity.

And I believe what he taught me in those times has prepared me for the times since then and the ones in future where I will lay down my own desires to love, to serve and to bring his healing.

I share Heidi’s story often with young kids who attend Wirraway Homestead on camps. I liken the relationship I have with Heidi to the relationship we can have with God. I love how if we let him, he would shape us and mould us so we can glorify him on earth.

Yes and Amen. He can use all things to teach, and his lessons are the most valuable. 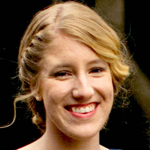