As a sports lover and a self-appointed sports pundit, one of my favourite times of the year has to be the State of Origin.

I call it “Christmas in Winter”. It is the biggest rivalry in Australian sport and living in Tweed Heads on the border, Origin creates a buzz around here and  probably the biggest buzz out of anywhere in the country given the proximity to the two states.

They were in the community and that is what makes Rugby League special—it is a community game played by the people for the people. In Russia this year, you would not get access to any of the World Cup players like you do for the State of Origin players.

There is no doubt it creates a buzz. Millions of people who would never watch a Rugby League game on the weekend tune into State of Origin, they organise State of Origin parties. Some people even decorate their houses, blue or maroon—no other sport in this country generates this passion.

I always feel proud for those being picked to play State of Origin for the very first time and hearing their name read out for the first time. For New South Wales that was as many as 11 men hearing their dreams being fulfilled in the last game.

When Laurie Daley was coaching the Blues and whenever he picked a player on debut, he would organise with their families a picture of the player when he was a kid in his footy gear and would stick it on their locker and with tag line underneath that would read: “Congratulations; your dream has come true.”

What a lovely touch! You could only imagine the nerves they would be feeling, knowing that 4 million people are about to watch them play. The feeling like they don’t want to let their teammates, their coach, their family or their state down. To come into the locker room and to be reminded of their eight year old selves who no doubt would have had a dream to do what they are doing now and being reminded they have fulfilled their dreams, would have given them a sense of victory before they even walked out onto the pitch.

That is one of the reasons why I think Origin appeals to the masses. You see we were all eight years old once and we all had dreams like these footballers. These footballers would have had set backs, been told they were never going to make it.

Johnathan Thurston, one of the greatest Origin players ever, was once told he was too small to play Rugby League and he became a legend in one of the toughest sporting environments in the world.

Kids look up to these athletes because they fulfil their dreams. They are an example that dreams can come true if you are prepared to work hard and not let people tell you it can’t be done.

All 34 of these footballers are who are about to take the field on Wednesday night were all once eight year old footballers playing on any Junior Rugby League ground in this country with a dream. The difference is they would not let set back prevent them from their purpose.

Joseph was an example of not letting set back ruin his dreams.

If you read his story in Genesis chapter 37, all the way to Genesis 50 in the Bible, you will read that he had a dream when he was 17, that everyone would bow down to him.

Before that dream was fulfilled he was sold into slavery and thrown in jail for a crime he did not commit. It took 13 years for his dream to be fulfilled where he was appointed second in command to the Pharaoh of Egypt, the most powerful man in the world at the time. But not once did Joseph complain or give up on his dreams even when he was walking around in chains or in the dirtiest Egyptian prison.

If you are reading this, I want to encourage you just like those State of Origin players to never give up on your dreams when set back hits you because the difference between those that make it and those that don’t, is those that do have the courage to see their work til the end no matter what life might throw at them. 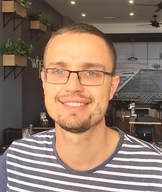