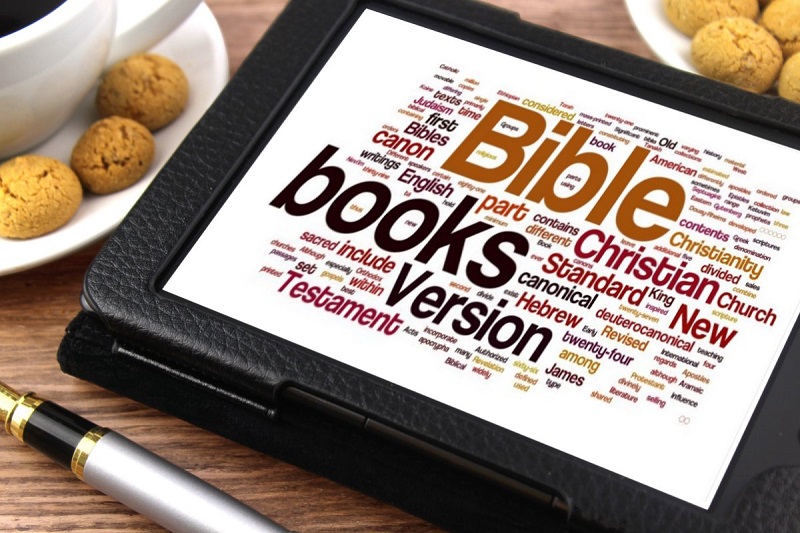 I grew up in a strong evangelical church which emphasised the importance of the Bible as the Word of God. The Bible was central to these good people.

My theology has changed somewhat since those influential years of my childhood and youth, but the love of the Bible they gave me has never left me. One of my colleagues at work sometimes playfully teases me about my strong “evo” tradition. I’m glad that I’m seen like that.

What I believe about Jesus is all based on what we read in the Bible. As I have moved through the years in my journey of following Christ, I have always endeavoured to be more biblical in how I see him and how the story of the Bible fits together.

Which will probably lead many readers to wonder about the title of this article and what sort of heresy I am preaching. But stay with me.

Something I have seen much of in the church is such a focus on the Bible that we can tend to almost worship it rather than the God it proclaims. It’s sort of ironic isn’t it, that the Bible could actually lead us away from God.

As well as this, the opening of John’s Gospel says that Jesus, and not the Bible, is the Word of God. Jesus is the Word made flesh. Our lives are to revolve around Jesus, not around the Bible.

Please note what I am not saying. I am not saying the Bible is not inspired by God. It is in fact God-breathed, as Paul’s second letter to Timothy tells us. But that is different from saying it is infallible.

Why is all this important? It is important because when we see apparent contradictions in what the Old Testament says compared to the New Testament, we are always to do what Jesus did; that is, we read the Bible through the lens of Jesus, just as he did.

Because Jesus is the final authority, it makes sense that he does what many Bible-believing evangelicals would have the horrors about – he reinterprets Scripture. In the Sermon on the Mount, he continually says, “you have heard that it was said…but I say to you…”. For example, when he says, “you have heard that it was said, ‘love your neighbour and hate your enemy’, but I say to you, love your enemies and pray for those who mistreat you”, we are to follow the latter, not the former.

Remember that everything I am saying about Jesus comes from the Bible. The Bible tells us that in Jesus we see the fulfilment of the Old Testament Law. He didn't negate it. He explicitly said he didn't come to abolish it. But he did say he came to fulfil it. So when he reinterprets it in the Sermon on the Mount, he is not just reinterpreting it; he is actually fulfilling it in himself.

This is made explicitly clear in the account of the Transfiguration. When Moses, representing the Law, and Elijah, representing the Prophets, appear on the mountain with Jesus, the voice from the cloud doesn’t say to listen to them; it says, “This is my Son. Listen to him”!

That doesn’t mean we are to reject the Old Testament. But it does mean that if there is anything in there that doesn't line up with Jesus, the answer is to always follow Jesus. After all, the gospels record him saying no less than 87 times, “Follow me”.

So when I hear Christians justifying the building of walls to keep out foreigners by saying that the Old Testament talks about the people of God building walls, I am astounded.

I don't only wonder how they could take something so out of context; I also wonder why they don't listen to Jesus who said the greatest commandment is to love God and love our neighbour, and that the whole Law and the Prophets are summed up in those commands.

So, saturate yourself in Jesus. Learn from him, and - like it was said to him from the cloud on the Mount of Transfiguration - listen to him. He is the final authority. This is my view!