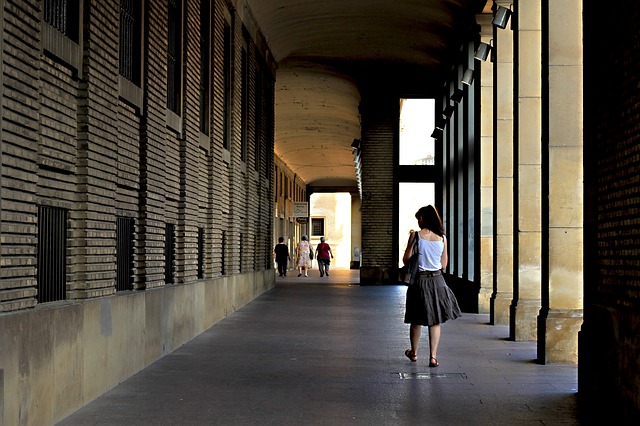 The battle fronts on which the Culture Wars are fought are as wide, as they are varied. Hostilities rise as opposing camps take up their battle position over Muslim immigration, abortion, euthanasia, climate change and education.

And as contentious as these issues are, the neglected and unnoticed casualty being carried off the battlefield on a stretcher, with life support attached is the foundational institution of society; the ‘Family’.

Study after study shows that children living with their original mum and dad is in decline. In 2011, 71% of children lived with their parents, but by 2016 it’s down to 53 %. So sadly, only one in two kids live with both of their biological parents. Single parent families have almost trebled, rising from 6.74 % in 1976 to 16% today.

While there’s a celebratory tone to be heard throughout the ABS’ analysis, which lauds the change in family structure, it’s hard for me to see any reason to rejoice in the demise of the family. As I will explain a little later, so stay with me.

‘There’s No Right or Wrong Way To Do Family’

Sadly, we’ve come to the point, where the consensus view of mum and dad families with a couple of kids is being questioned, and dare I say, replaced with the belief that the traditional view of family which has been bequeath to us over millennia is now obsolete, and needs to adapt to our modern times. As one leftist commentator said ‘There’s no right or wrong way to have a family’

Which is code for any combination of adults (and not restricted to two) of same or different genders, with children from various biological fathers or mothers, cohabiting in a house somewhere is equal to or even superior to the traditional family, where mum and dad nurture, instruct and protect their own biological children.

Same-Sex Marriage will be the Lethal Blow

Aiding the demise of the family, is the wholesale acceptance of the LGBT/Marxist family theory. You see the aim of the so-called ‘Marriage Equality’ movement is not singularly confined to satiating the egotistical and strident demands of a whining group of homosexuals (who constitute less than 2% of the population- tough luck for the majority 98%), but extends beyond to the yet to be recognised, final assault on the family.

As Marsha Gessen, an LGBT activist stated  “The institution of Marriage is going to change, and it should change. And again, I don’t think it should exist….’

What’s at stake on the ‘Same-Sex Marriage’ battleground is not just a few homosexuals being allowed to marry, so that they can now feel normal, like the rest of us. (Oh well, they say imitation is a form of flattery), but the very institution which underpins the foundation of every successful civilization; the ‘ Traditional Family’.

Is the Societal Experiment of ‘Any Goes Families’ Valid?

Should Christians even bother defending the Traditional Family? Perhaps the lefties are right (excuse the rhetorical slip), when they aver that the ‘Traditional Family’ has gone past its used-by-date and should be replaced with the modern version of ‘Anything Goes Families’, in order to cope with complexities of today’s world?

Before waxing lyrical on the theological basis for the defense of the “Traditional Family’. I need to bring to your attention the distinction, which exists between the injunctions given to Christians only, (and not to those without faith) and what is termed the ‘Creation Mandates’ which apply to all, Christian and non-Christian alike.

The following polemic against ‘Anything Goes Families’ is predicated on the fact that you believe that God created the world for our enjoyment it and appointed us stewards of it, and this was not an accident of time and chance , but purposed by God.

Here’s What God has to Say About Families

The statement made immediately after the creation of the first woman, from the first man, reads

‘For this reason a man shall leave his father and his mother, and be united to his wife and the two shall become one flesh’. Genesis chapter 2 verses 23-24

There’s nothing religious about this injunction. It applies to all mankind, not just to Christians. There’s no wiggle room in this statement for same-sex families, in fact strictly speaking it’s a biological impossibility for same-sex families to bear children, unless they use God’s design to create them.

In this statement God has ordained an inalienable principle, which transcends societal mores, the vicissitudes of competing philosophies and the latest trends in thought. He has prescribed for our happiness, and the weal of successive generations that mum and dad families are the best place for children to be nurtured, so that they can become functioning and contributing members of their communities.

And if you question this, then I appeal to the dramatic rise in youth suicide, depression and violent crime, all of which have inversely increased as the number of the traditional families have fallen. We are more sophisticated, we’re wealthier and better educated than we ever were and yet instead of these social ills declining, they have risen, the collapse of the Traditional Family.

The measure of any nation’s worth is built on the strength of the individuals who compromise it, and each individual is infinitely better equipped to cope with life when they are under the care and supervision of a loving mum and dad family.

Even though the long march of the global, politico-LGBT movement has successfully hijacked the family. Nonetheless Christians can stand in defiance of the new normal, by ensuring that we love, care and contribute to our own family. Then God’s wisdom will not be silenced, and his cause vindicated.