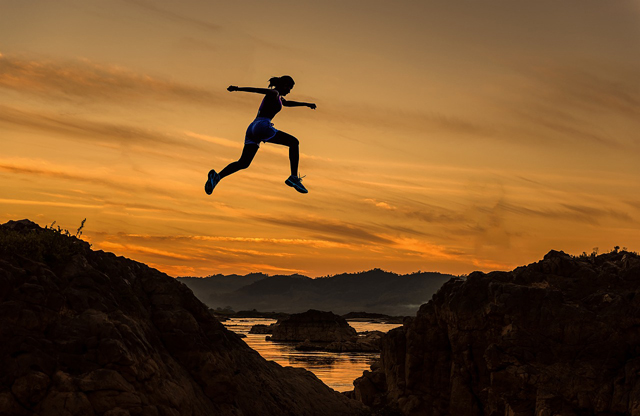 Throughout my entire schooling experience, what I wanted to pursue as a career fluctuated. I loved animals as a child, so naturally, my childhood dream was to become a ‘vet’.

People told me I couldn’t be a vet though, because I’d be too upset seeing the animals in pain. Considering I would cry at a thought of my teddy bear getting injured, this was a fair doubt.

During middle school, I thought I would enjoy being a journalist or international correspondent. People told me I couldn’t be a journalist though, because it was too hard to get into those days since anyone could type and publish 900 words with ease.

In high school, I wanted to work in war zones helping the locals make it out and rebuild somewhere new, somewhere safe. People told me I had a ‘death wish’ or a self-sabotaging complex. Hm, encouraging…

I’ve wanted to be so many things that people have told me I shouldn’t be or can’t do. Many of them revolving around practicality. A classic example – “you can’t be in entertainment, it’s so hard to get in to and you’ll waste your life trying.”

I hate this. I hate everything about this. Sure, I get that people think they’re coming from the right place and that older generations were raised in a mentality of practicality. I totally have grace for that. But it can’t stay this way.

Letting people – or your own internal voice – tell you that you can’t go after your dreams because *insert rational yet hopeless reason here* is detrimental to our world.

How many people have changed the world because they did something out of the ordinary or against what they were told?

How would we have breathtaking art and music if certain brave individuals never sacrificed security and ordinary to pursue something they craved?

“So many of us choose our path out of fear disguised as practicality. What we really want seems impossibly out of reach and ridiculous to expect…” (Jim Carey)

Those dreams I have of being a doctor or being an international correspondent etc… They feel so far away from me.

They feel impossible and difficult and too hard to reach. And the thought that comes next is, “what if I go after my dreams and then I fail? What if I go all in, and then I’m not good enough and my dream goes to nothing?”

You’re so afraid to go after the things you love, because you’re afraid that if you try, you’ll fail, and then the loss will be your own fault. If you don’t pursue your dream, you’ll never know if you were enough to get it or not.

But you won’t be satisfied. Is it worth sacrificing the things that make your heart beat at twice it’s normal rate for… normalcy? Is the risk of failure worth the laying down of a universe of potential?

I tried to go toward things I didn’t want. I tried to change who I am. But I’ve never been satisfied with that.

So, after this discovery and the following rebellion from societal norms, I applied to, and just got accepted into, a Biomedical Science degree at a great university!

I’m studying to become a doctor; I want to work with emergency response teams to help people in war torn countries (there are those ‘vet/medical’ and ‘helping people in war zones’ desires). I also want to report on it and raise global awareness on what’s really going on in less talked about nations; I want to build global connections and relationships (there’s the journalism desire).

In my mind, I have no choice. I refuse to be someone I’m not, and if I ever tried, it wouldn’t last long. It couldn’t, I’d never be satisfied with that.

If you’re feeling discouraged by the voices coming from the outside (or the inside), watch this video. It’s incredibly inspirational. Who you really are is important to the world, and it’s the only ‘you’ that will be there at the end of the day.

Don’t settle for something just because it’s easier or more typical. Make the real you proud. 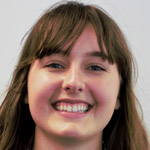 Laura Miles is an excitable and fast-paced Brit, living in Australia. Loves: tea, maximalist fashion and people. Hates: details, brushing her hair and being put into a box. After committing to studying, she is expectant and excited to see all the crazy things that the Lord is going to do in her life.