Earlier this year, the family of a seven-year-old boy involved in a tragic quad bike incident in New South Wales was subjected to online critics for allowing the deceased, just a boy, to ride the vehicle.

The grieving family, who had witnessed the whole incident, were still coming to terms with the death of the young boy.

This did not stop people from around the world being quick to judge their actions and ever so keen to point out the culprits alongside their mistakes.

Besides, who appointed us as moral policemen to judge and pinpoint the behaviours and actions of others we deem wrong?

Judging in the disguise of moral

It's natural to want to choose the right things to do. Likewise, we find it hard to tolerate wrong because of our inborn sense of what's right.

However, when things go wrong and we want to correct them, we tend to become judgmental of the people who are wrong.

In our pursuit of righteousness, not only for ourselves but also for others, we become self-appointed moral policemen. We justify our judging of others in the name of upholding moral.

I once felt that it was my duty as a Christian to correct others so they wouldn't knowingly sin and end up in hell.

After all, we are called to warn and rebuke those who are wrong. This way, the person who has committed the mistake will know his fault and repent of it.

While I thought this was how we let our light shine and be holy, critical self-righteous Christians like me are actually in reality often the worst moral policemen, not at all resembling God.

The core of the gospel

Although correction and rebuke is needed, the manner in which it is done and the motivation behind it makes a huge difference.

More often than not, the perpetrator is already aware of his mistakes. Pointing them out doesn't do him any good but is rather a blame-and-shame act which rubs salt into the wound.

Often times when things go wrong, the most important thing required for mending the situation isn't rebuke but comfort and understanding.

While the gospel shuns sin—which separates us from God—the core of Christianity is God's love for us.

When I became aware that I was judging others with my opinions, I became silent and avoided making a stand for fear of being judgmental.

But I soon realized that the worst moral policeman is not only the one who is judgmental. Keeping silent about an issue isn't the answer either—in my case, it meant I didn't care enough to get involved.

Knowing what we stand for and voicing our opinions is important for Christians because we are God's ambassadors here on earth.

There's a fine line between voicing our stand and being judgmental though. We can tell them apart as the former is done out of love while the latter isn't.

Instead of being indifferent in order to avoid judging, we are to make a stand with love.

1 Corinthians chapter 16, verses 13–14 says, "Keep your eyes open, hold tight to your convictions, give it all you've got, be resolute, and love without stopping."

Do it out of love

In the absence of love, our sense of righteousness manifests itself in a judging manner.

When we put love as the basis for our convictions, we build and not destroy.

We don't support divorce, so when a marriage breaks down we could either blame the husband or wife as we "find the cause" or we could be there to give them the support needed to rebuild themselves and the family.

We don't tolerate same sex marriages, so when a friend is found to be a gay or lesbian we could choose to make them an outcast in our attempt to "not be unequally yoked" or we could guide them in their journey of finding their identity.

We don't condone bad behaviour, so when a child misbehaves we could condemn the parents for bad parenting as we "outline the right standards" or we could come alongside and model the desired behaviour.

When we love, we must be gentle in our approach as 2 Timothy chapter 2, verses 24–25 reads: "And the Lord's servant must not be quarrelsome but must be kind to everyone, able to teach, not resentful. Opponents must be gently instructed, in the hope that God will grant them repentance leading them to a knowledge of the truth..."

My new year's resolution is to quit being the worst moral policeman—who focuses only on me and correcting issues with little consideration for others.

This year, I'll remind myself to place love in the centre to help me escape the trap of being judgmental without losing my convictions. 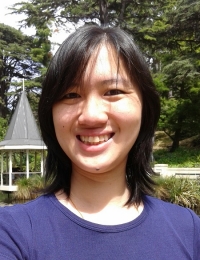 Esther Koh's previous articles may be viewed at http://www.pressserviceinternational.org/esther-koh.html