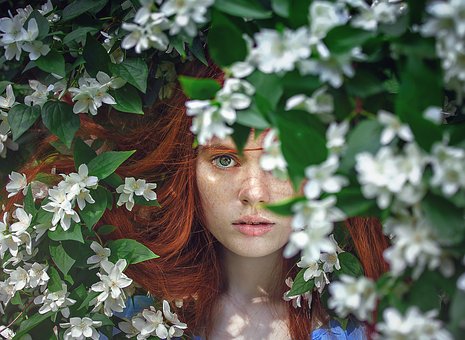 In America, 1989, five young black and Hispanic teenagers were convicted of a violent assault and rape crime they did not commit. They became known as the Central Park Five.

In May 2019, Netflix released a miniseries called When they see us which tells the story of these five men’s individual journey from interrogation, prosecution, the impacts in and after prison, to finally, their exoneration.

In an interview with Oprah Winfrey, Oprah asks the director, Ava DuVernay, about the title of this miniseries. “You insisted [the working title: ‘The Central Park Five’] be changed. Why?”

To see someone for who they are

How many times have you hurt someone, lied to and manipulated them, or cursed them in your mind, without realising that they are a human being created in the image of God?

In Genesis chapter 1 verse 27, God clearly proclaimed the sanctity of all people: “So God created humankind in his own image, in the image of God he created them; male and female he created them.”

But sin has a way of warping our values and seeing others less than who they really are. That ‘helps us’ do the job we want done. Like the stories of Yusef, Antron, Kevin, Raymond, and Korey. The press, the prosecutors and police needed someone to account for the crime against Trisha Meili, the woman was attacked in Central Park. They saw those five men as ‘animals’ – not even worthy of a life.

Abuse, mistreatment and cruelty to other fellow human beings happen when someone decides to see another as ‘an animal’ or just another object. It happens when we see someone less than being created in the image of God.

Being dehumanised and dehumanising others

I’ve had plenty of experiences being treated less than being created in the image of God. I remember being made fun of for being Asian. Kids, and even ignorant adults, made fun of Asian accents and stereotyped our physical features.

I’ve been talked over, dismissed of my opinions and socially excluded for not fitting in to the unstated culture of the group.

But I’m also guilty of dehumanising others too. When I get angry and start raging at others (usually family members!) to have my way; when my competitiveness kicks up a notch, striving to become better but also tainted with jealousy and pride to beat my nemesis; or when I subtly manipulate others to get admiration or ensure things are done my way. People become ‘objects’ for my own desires and plans for a future that benefits me.

In other words, the Trinity loves, respects and mutually submits to one another, creating perfect harmony and community.

When we’ve been dehumanised and mistreated, it’s easy to fall into the same sin and hurt those who are less powerful than you are. Your boss makes you feel worthless at work so you make your children feel worthless at home. This toxic cycle of powerplay only creates more distrust, guilt and hate.

Jesus came into the world to break this evil.

On the cross Jesus took on all the sins of the world and the Father condemned him, turning his face away from him. On that day, Jesus was dehumanised for our sake. He took our sins so that we can be restored in God’s family again and that we can proudly bear the image of God once again without the taint of sin.

Ava DuVernay was able, through the creative gifts and talents that God has given her, to create a miniseries that shares the story of five young men whose lives have been taken away from them. Netflix has given her a platform to broadcast this series to the whole world. She played her part in trying to bring some healing and restoration to the trauma and suffering these men had to go through.

Where are you called to play your part in healing and restoration today? 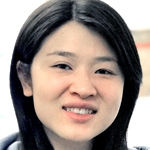 Rachel is the children and youth pastor at Northern Life Baptist Church in Sydney. She loves volleyball, reading and a good TV drama! She has recently finished studying a Master of Divinity at Morling College and she’s continuing further studies towards another Masters. You can also find Rachel’s previous article here: https://christiantoday.com.au/news/lessons-from-a-mission-trip-in-japan.html

Rachel is the children and youth pastor at Northern Life Baptist Church in Sydney. She loves volleyball, reading and a good TV drama! She has recently finished studying a Master of Divinity at Morling College and she’s continuing further studies towards another Masters.