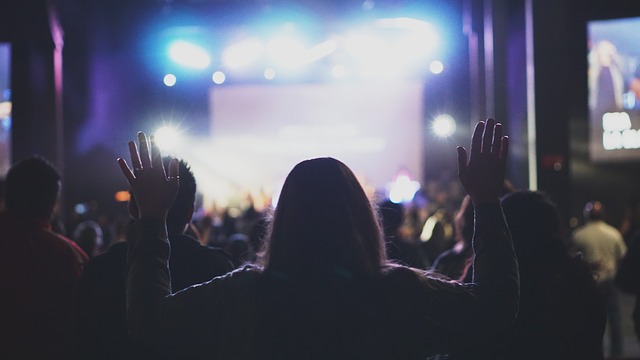 One of the few advantages of being old, (and there aren’t many) is that you can look at change from a distance. Like standing on a mountain top, with a pair of binoculars looking down at a flowing stream, twisting and turning its way through the valleys and gullies below.

When you’re being carried along by the stream, you can only see the bend ahead of you and not beyond it. Making it difficult to assess the meaning of the changes occurring around you.

However, from the vantage point of decades, a new perspective on change is available to you. A clarity denied to those who are in the midst of change is given to those, who have lived long enough to witness the ebb and flow of change over many years.

What You Think, You Become.

As you may recall, the ABS census figures on the health of the church were released recently. There were no surprises here. As expected, the overall number of people who attend church fell, as did the number of Australians who identify as Christians, across all denominations. An example of an unwelcomed change for us.

Pausing, I began to wonder whether the mainstream denominations gave this much thought. Whether they mused over the reasons, and what action they should take? Or did they just shrug their shoulders and accept it as God’s providence, a sign of the end times.

From the underwhelming response from our churches, (I doubt a tactical response team was sent your church) I’m reluctantly compelled to favour the latter.

Dear reader I tentatively posit the following explanation for you to consider. Could it be what Evangelicals believe and teach has caused the irrefutable decline in Christianity within our tradition? Have we become what we think?

Is there something which we believe and teach that is awry? Hold that thought, I’ll come back to it in a moment.

A Beckon Light in the Gloom.

Did you know that there were some churches which went against the downward trend and actually grew steadily?

You’ve probably guessed already. Yes the Pentecostal type churches grew while the traditional Evangelicals faltered. If you’re a purist, then I bet you’re thinking ‘Our church would never stoop to crass entertainment, smoke and mirrors to attract people. Rather we’ll preach the gospel, without gimmicks’

A pity really because you’re analysis is flawed. You see it’s not the smoke nor electric guitars, it’s the message. A catharsis hit me, after listening to Ps Brian Houston’s message “Kings and Queens”. He quoted Hillsong’s mission statement (composed 30 yrs ago). Here it is

‘To reach and influence the world by building a large Christ centred church, Bible based, to change mindsets and empower people to lead and impact in every sphere of life’. (Please read the statement again, let it sink in)

When we compare this mission statement to the traditional Evangelical message, it becomes evident why Hillsong and other Pentecostal churches are growing. They’re becoming what they think.

Evangelicals Have Lost Their Way

Correct me if I’m wrong, but the message of Evangelicals has been diluted down to something like. Just pray the sinners’ prayer, give your life to Jesus, then get on with your life. Everything will be okay, you’ve secured your ticket to heaven.

For the more zealous they can attend mid-week Bible Study and get on the church’s roster for morning tea. This message sells believers short. It’s introspect, it’s inward looking, there is no reference to the role a believer has in changing the world around them. It lacks a God purpose.

When did your pastor last rise to the pulpit, to tell you that God put you on the planet, to aspire, to gain a place of influence in your community, where you can make a difference? A message of predicated on a God purpose is a message of hope. It’s attractive. It’s right to be reminded weekly of the cost of our salvation and the grace of God which makes it yours, but it’s not enough. The Evangelical church has neglected the ‘Why’ we are saved.

Here is the point of difference. Hillsong believes that each church member has the God given capacity, to reach further into the area of life in which God has placed them. They’re on a mission to transform every believer in their church, into an influencer (not just to see them saved), but to inspire them to dream, so that they can be Jesus believers in the media, in the arts, in business, in sport, in entertainment, in politics and in every sphere of life. They can see the almost unlimited, collective potential of God’s people, who when empowered and expectant can change the world, bringing glory to God.

As it was in Days of Old

Evangelicals had a tradition of transformation, but we now seem to have lost it. Elisabeth Fry transformed the plight of women in England’s prisons. She was an influencer, her advice was sought by government. William Wilberforce entered parliament to stop the slave trade. He was an influencer. George Muller the founder of orphanages, was an influencer working with churches and government to save the lives of thousands of children.

They all believed that their salvation was not about themselves, nor their happiness, nor their prosperity. Rather it was about others. Let it be so for you.