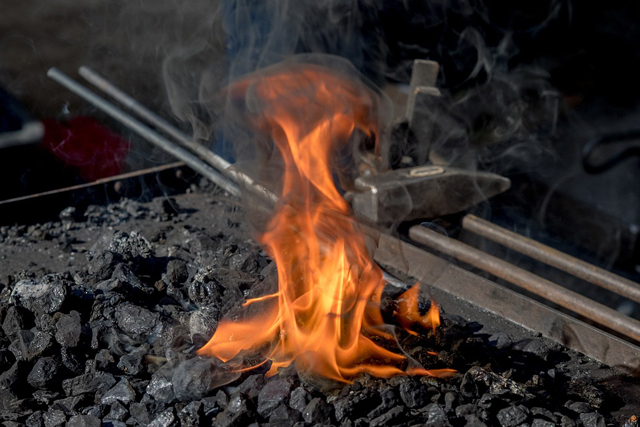 We’ve all heard that phrase before, the triumphant chant of a Sunday worship service, celebrating the confidence of God’s protection for His people. I personally have repeated it multiple times in the context of prayer, a prophetic word, examining a Bible verse or even a pep talk to myself every once in a while when I need my faith to come from hearing the word (even if the word uttered with my own voice).

Not until a few weeks ago, when a church auntie had asked our congregation the following question, did I give a second thought to this scripture: “Do you know how long it takes to form a weapon?”

That question was a curve ball! It shed a whole new light on an old treasure, showing how far short my understanding of that verse fell very short from the depths of the words I had routinely echoed this whole time. Isaiah 54:17 doesn’t say “no weapon used against you”; it says “no weapon formed against you.”

This is more than semantics. Using a weapon is done in the moment; it can be immediate in its process and planning. Anyone can pull a trigger, jab with a knife or swing a bat. Even if they’re not using it with dexterity, they are using it. Forming a weapon, however, is a long, meticulous, strategic effort. It is the product of months or years of crafting an object into precision.

Even more intense a process is the forming a weapon against a specific person. You study your opponent, examining which strengths to avoid and deflect, and which weaknesses to attack and target. You figure out their fighting style to determine how best to counter their attacks and to break past their defenses. You probably have to sacrifice your own resources on experiments to see what tactics are working or failing. That’s not an overnight process. It is tedious, difficult and demands a high degree of dedication to the task and the goal of killing your foe.

There are enemies who form weapons against us, an entire hell full of demons being directed and deployed to not just harm us, but to find the most painful and destructive ways to do so. They observe our sins, and prioritise the ones we love to excuse and trivialise. They study and mimic our idols to lure us to places of temptation. They read our emotions to decipher the possessions, places, habits and relationships of which we are most defensive.

They discover what causes us the most shame, so when they attack us in those areas, we will be isolated because we’re reluctant to tell other Christians who could have prayed for and supported us. Even if it takes years for them to complete their file on us, time means nothing to these vile, immortal beings. Our enemy prowls around like a roaring lion, seeking who it may devour (1 Peter 5:8).

Scrolling up one verse from Isaiah 54:17, it can seem very disheartening and cruel to read that it is God – our loving, tender, Heavenly Father - who “created the destroyer to work havoc” in our lives. Nevertheless, our hope can still rest in three truths.

First, God ironically never created the destroyer to destroy, but only to “work havoc.” Our health, our finances or our relationships can be upended, but God’s promise still stands that not a hair on our head will perish (Luke 21:18). The “havoc”, like all things, works together for our good, because we love God and are called according to His purpose.

Havoc only reveals to us areas where we need to repent, build up our understanding, grow in strength or resist the devil. Havoc clears the air of the smoke we’re unknowingly choking on.

Third, now that we know that there are weapons being formed and used against us, we can fight the good fight of faith strategically. The same loving, tender Heavenly Father that created the destroyer to work havoc is the same Father that teaches our hands to war (Psalm 144:1). We have always been at war for our souls, since the moment of our birth.

We can choose what level to fight on: Blacksmith or Spartan.

I charge you with this challenge, and a quote from “300”one of my favourite movies:

Leonidas: You, what is your profession?

Leonidas: And you, Arcadian, what is your profession?

Leonidas: Spartans! What is your profession? 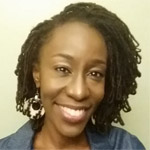 Kacy Garvey is a Christian poet, speaker and activist. In 2011, she launched "Rahab", an outreach to prostitutes in Geneva, Switzerland. She is a USAID certified HIV Testing and Counselling Provider and has also successfully completed training in Trafficking in Persons conducted by the International Organisation on Migration (IOM). In 2014 and 2018, she launched “Undone” and “Water Jar”, the first and only Christian poetry albums published in Jamaica so far and she performs original pieces of spoken word poetry to various audiences. As a founding member of the Love March Movement (since 2012) and #MarriageMattersJA (since 2018), she is a regular presenter on the science, politics and biblical worldviews on sex and sexuality. She hosts the new TV series “MTM News Magazine” which can be streamed live on www.mercyandtruth.tv.