As a pastor and youth worker I’ve spent a significant amount of my time talking to people about purpose, career and what they want to do with their lives. Although I believe that it is important to pray and listen to God for direction, I also think God gives us wisdom, passion and initiative to choose our own future.

Surely, if God has given us certain gifts and a passions for doing something that could bring about His purposes in the world, why wouldn’t He want us to do it?

And if He has other plans for our lives, I’m quite confident that He can make it clear if He wants too.

So instead of waiting for God to give a clear sign before we do anything, I think it’s better to start exploring options and let God close the door or direct us otherwise if He decides to do so.

However, this a lot easier said than done. If you are anything like me and you want to make the “right decision,” it is a lot easier to keep doing the same things hoping that something will happen out of nowhere.

But if don’t make the jump and take a risk, you may just rob God of the opportunity to show you His faithfulness. Or at the very least, you may remain waiting for a long time, when you could be using your gifting’s and/or passion in an area you love.

Towards the end of last year, I felt that my time as a pastor at Eastview Baptist Church was coming to completion. There were still a few things that I felt like I needed to do before I left so I decided that I would finish midway through the year. This also gave me a bit more time to think about what I was going to do next.

Although I’m not the most organised person in my day to day life, I usually always have a rough plan for the future (in reality though, very few of these plans ever work out). This time was different, I didn’t really know what I was going to do.

I knew that if I stayed in my current role I would get frustrated, because I needed more of a challenge. There were other churches that I could have gone to, but there was nothing that I felt passionate about and in all honesty I wanted a break from ministry for a while.

I love God, I love church and I love people, but ministry can be pretty tough at times and I felt like I earned a break. So I did what I always do and chatted it over with family and friends who I trust.

Suggestions varied from travelling, to becoming a qualified high school teacher, going into a business or working for an NGO (Non-Profit Organization). There were aspects of every one of them that excited me, but nothing felt right.

At the time it felt like there were a lot of option’s but no real opportunities. There were heaps of directions I could take, but nothing obvious, right in front of me.

I was tempted to stay in my current role and keep on working, but I knew that in doing so I would be ignoring how I felt and failing to trust that God had something for me. So I decided I would finish up on July the 28th, giving God (and myself) about three months to do something or else I would have to make a choice. To my surprise, God worked a little faster than what I thought.

The day I wrote my resignation, I went to a youth pastors gathering and told them that I was finishing in my role.Afterwards, I got a call from a friend who told me that there was a role that had just been advertised that he thought I should go for.

The next day, my cousin sent me through the job advert for the same role. The day after that, a pastor from another church sent me through the same advert and said “saw this and thought of you.” Four days after, I got a text from my mum saying that my uncle said I should talk to the pastor (they met on a school board about four years ago) of the same church.

I thought that this was enough coincidences that God may be involved, however I decided that I would only apply for the role if I thought that I could learn lots from the leadership, be significantly challenged and be able to contribute in areas I’m both passionate about and experienced in.

So I met with the pastor and after chatting for an hour and a half, I was sold. So I applied and long story short, everything fell into place. There were many more “coincidences” along the way that affirmed this decision and reaffirmed my call to ministry.

What really struck me throughout this seasonwas how amazing God’s timing was. The person who was in the role at my new church had no plan to leave. He loved his job, his family was settled and he owned a house.

But after another incredible story of God’s hand at work, he sold his house in a week, bought a house the week after and moved from Auckland down to a town just out of Dunedin within a month.

It’s as if God moved us round like pawns on a chess board, strategically placing us to fulfil His mission in a way that only He can. The next time you find yourself at a crossroads, trust that God sees the bigger picture and knows what’s best for your life.

If He gives you direction, great! If He doesn’t, do what you are passionate about! As long as you are always seeking Him, He can always make it clear to you. 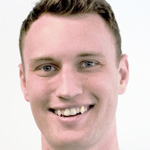 Ethan grew up in Mt Roskill, Auckland. While finishing a degree in applied theology from Carey Baptist College, he moved slightly east and began working as pastor at Eastview Baptist Church, where he has been for three years. He loves getting out in nature, having a laugh and having deep conversations about life and faith.

Ethan grew up in Mt Roskill, Auckland. He studied at a degree in Applied Theology at Carey Baptist College. He has been pastoring for five years and is currently the Youth and Young Adults Pastor at Windsor Park Baptist Church. He loves Basketball, getting out in nature, having a laugh and talking about life and faith