I’ve always thought that prayer was important. If you’re a Christian, you probably believe that too, at least in theory.

The problem is, in practice, I find it very difficult. Erratic and unfocussed are two words that come to mind.

Recently, I’ve been having another good go at it, but to be honest, it hasn’t taken long for my initial enthusiasm to wane. I finally admitted something: I can’t do this!

I always knew in my head that prayer changed things, but now I know why. Prayer reminds us that God has the power. Not us.

Hear that? We need help. And we need it from God.

The problem is, we don’t really believe that. Especially when we’re cruising along in the routine of the day-to-day.

It’s pretty easy to leave God out of the picture when life is like this. We don’t feel our need to ask God for help, so our prayers lack any sort of conviction.

It’s the prayer for the impossible that’s answered. Not the ones where we don’t really care if they’re answered or not.

It’s when we’ve reached the end of all our resources and realise we’re in trouble that prayer becomes real.

Maybe some revelation of His majesty and our brokenness, or the frailty of life and the reality of eternity would give our prayers some bite.

The disciples ask Jesus how they should pray and he gives them The Lord’s Prayer. I’m not sure if you’ve ever thought this, but for me, I’m like really? That’s it?

It just seems so… simple. Shouldn’t it at least be longer? Shouldn’t we be praying for heaps of other things too?

After struggling through on my own for way too long though, I’ve decided to give The Lord’s Prayer another look, and actually believe Jesus when He says this is the way we should pray.

The words of the prayer are actually very convicting when you think about them. The prayer Jesus taught us to pray is simple for a reason: It’s not about us.

God doesn’t hear us because of the way we pray. The quality of our prayers isn’t the thing that causes God to act. It’s the simple fact that we’re looking to Him.

Not the way we’d do it

There’s another reason I find The Lord’s Prayer so alien, but it’s not immediately obvious. It wasn’t until I summarised it into my own words that it became clear. In essence, Jesus tells us to pray: “It’s all about you God and I’m a sinner who needs your help.”

Which is on the other end of the spectrum to the way I normally think.

My attempts at prayer are more like: “This is going on in my life so make it better please, and I’m okay, not sure why I’m asking you to feed me when I have plenty of food, but thanks anyway, and I’d prefer not to give up control of that, I’ll probably just work that out myself [Hmmm… I wonder if that was my friend messaging me back. Oh look at the time.] …Amen.”

The fact The Lord’s Prayer seems so different to the way we think prayer should be, shows us that we have a lot of changing to do if we’re going to start seeing things the way God does.

Maybe it’s a good thing that I’m not finding prayer so easy. To start with, it’s at least one thing I really need God’s help with.

Just as I need Jesus to deal with my sin, I need Him to help me with prayer. I don’t just pray The Sinner’s Prayer once and then never need to surrender again. I need to release control every single time I pray.

Thinking about it now, I wouldn’t say prayer is difficult. No, I would say it’s completely impossible! And I can’t believe it’s taken me this long to figure it out.

The fact is, the entire Christian life is impossible without Him, and yet how often do we try and make it happen by shear planning and effort?

Prayer minus the Holy Spirit equals me blabbering into thin air in a very inconsistent and ridiculous manner.

I think it’s time for me to believe that the way Jesus says we should pray is the way I should do it. Here goes!

“Heavenly Father, it’s all about you and I’m a sinner who needs your help.” Amen. 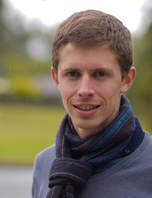