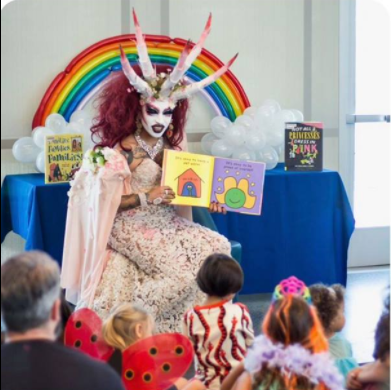 ‘Nothing will change when same sex marriage is legalised in Australia’ according to Bill Shorten, or Warren Entsch, Penny Wong or Dean Smith, Mark Dreyfus or John Alexander along with many other political elites on both sides of the fence.

They all emphatically insisting that nothing will change. Come on, give me a break, surely they can’t be serious. It begs the question, whether they’re living under a rock, completely stupid, or just simply lying.

I’ll dismiss the first two possibilities for obvious reasons. Leaving the third as the most likely cause. They’re lying.

Here’s the thing, in every country where homosexual marriage has been legalised, there’s been profound changes in each of them. Ominously, each of them following the same pattern of societal reconstruction.

Such as the introduction of genderless toilets and bathrooms (placing young women at risk of rape), the indoctrination of children with LGBT sex education and gender fluidity (resulting in massive increase in dangerous and irreversible sex change surgery), the removal of parental rights to decide what their children are taught with reference to sex education, the silencing of anyone who dissents from LGBT ideology (freedom of speech has been restricted).

And sadly decent, hardworking men and women are losing their jobs because they had the temerity to act according to their conscience, which forbade them from complying with their employer’s request to support the LGBT cause. (Just the other day, Westpac sent out an email to all its employees demanding that they support the LGBT redefinition of marriage)

Why the lies? When it’s just so obvious in the light of the overseas experience, that their reassuring platitudes are patent lies? Do they think we’re stupid, when they offer us motherhood statements?

I put it to you that when ideas, such as genderless marriage, or gender fluidity, which are so stridently absurd, because they’re so easily disproven by the very laws of nature, are imposed on us, then the only way to defend such absurdities is to lie, suppress and indoctrinate.

It follows then, that the greater the absurdity, more lies, more suppression and more indoctrination are needed to defend it. Sound familiar?

To me this demonstrates just how desperate our servile politicians are to defend the indefensible, in order to gain the capricious favour of the LGBT movement.

Shorten nor will Entsch (representing both sides of politics), with their respective retinue of sycophants stop at nothing to curry favour and gain power. They’ll cross the line of right and wrong, even lie to further their self-interest.  With reverence I say “God deliver us” from such men.

Totalitarian States Must Suppress Dissent and Indoctrinate Its Citizens

Whether it was Hitler, Mussolini, Moa Sedong, or Stalin presiding over their respective regimes, the same tactics were employed by each. Firstly, silence dissent and opposition, by force. And secondly to indoctrinate the next generation to believe that their ideology is true.

It’s difficult not to draw parallels between Totalitarianism and the game play of LGBT activism. They seem to be using the same ‘little red book’ as their manual. For instance in order for the absurdity that our gender is fluid, to become the accepted paradigm, when biologically what’s between our legs infallibly defines our gender. Then young children need to be proselytised to accept the lie, that their gender is anything they want it to be, and taught to ignore the biological truth. The LGBT movement laid down the foundations for a societal revolution when politicians and educators accepted their lies and consequently supported programs like the Safe Schools Program, which has not only afflicted Australia, but also in most Western countries, in a variety of forms.

Karl Marx must be rejoicing in his grave, to think that his subversive and flawed ideas about marriage, sexuality and gender have been embraced at last.

‘The more a society drifts from the truth, the more it will hate those who speak it’

As for suppression of opposition to their cause. We only need to look at the Cooper’s Brewery debacle, or the vilification of Margaret Court, or the bombing ACL’s headquarters, the list of reprisals is too long to cite here. As Jesus said ‘if they do this while the tree is still green, what will happen when it is dry’?

I find it chilling to ponder how many opponents of LGBT ideology, most of them Christians will be throw to the lions to gratify the gluttony of LGBT’s objective of acceptance without exceptions.

God have mercy on us.