As the Footplate Padre I am familiar with a notice board at a railway station, now on-line, a timetable is composed of a myriad of finely calculated time allotments between each section of line. The same calculations are done for freight trains.

I thought it might surprise many to learn that the new fast train systems out of London to Paris and Brussels, has noted (as have many European passengers) that is by far quicker to go by train than to fly. Moreover, there are no long delays with security checks and baggage handling as at airports.

Accordingly, he appropriated the phrase, 'Back to the Future' to describe the famous Australian express train, 'The Spirit of Progress'.

During the 1950s, the phenomenon that was 'The Spirit of Progress', carrying passengers from Melbourne to Albury-Wodonga, hauled by the streamlined mighty S Class steam engine without a speedometer but running to time by the driver's watch, was even then quicker than flying, city centre to city centre.

The 'Spirit of Progress' has had a distinguished history. In the days of steam there was no more important a train in Victoria and it gained its fame on numerous fronts, but none more so that its timetable. The early 1950s saw the beginning of the diesel era and steam was gradually taken out of service, yet 'The Spirit of Progress' continued to be hauled by the S Class steam for many more years before the giant S Class diesel took over.

The early 1950's saw the beginning of the diesel era and steam was inevitably replaced, yet The Spirit of Progress was hauled by the mighty S Class streamline steam engine into the late fifties when it was finally taken over the giant S Class diesel.

I can recall as a lad of ten his own Spirit of Progress experience. He and his elder brother had a holiday to Healesville in the summer holidays of 1961 and travelled as a 13 year old and a 10 year old by themselves on the overnight NSW express arriving in Albury at 6.00am.

I can still recall everyone changing trains onto The Spirit of Progress (broad gauge). By 1961 the diesels had taken over; it was such a pleasant surprise stepping into an air condition carriage.

As the diesel era took over the crews began to appreciate being in a comfortable cabin of the powerful S Class Clyde diesel rather than in a steam engine where shelter was limited when it was wet, cold and windy, the work was heavy, and it was far from pleasant much of the time.

The Spirit of Progress of that '50's era illustrated that with the right combinations of quality track, reliable engines and patronage, the 'fast train' could better the time it takes considering the taxi ride from Tullarmine into the city. There is no non-stop express train today as there once was with the S Class steam engine hauling The 'Spirit of Progress'.

That because something new comes along, it does not mean that what went before becomes redundant; as illustrated by the diesel being unable to improve on the S Class steam engine's timetable when hauling the 'Spirit of Progress'.

The same philosophy applies to the study required associated with academic work. Also Christian worship. There is an array of new worship styles, but it by no means de-legitimises grand old hymns being sung, and the wise messages they give us about being a Christian. 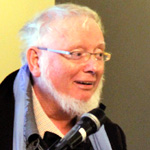