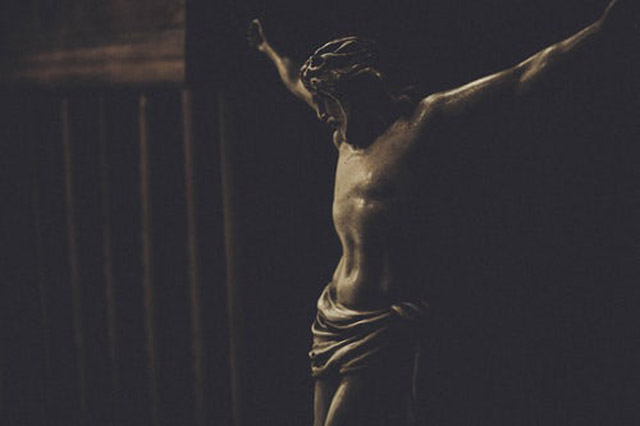 Jesus rode a donkey, so that means He’s a Democrat or socialist? Jesus taught using the Parable of the Talents, so He’s a capitalist? Let’s take the elephant out of the room (so out goes ‘Republican Jesus’ too) and look at why Christians ought to steer clear of the partisan left vs right wing divide.

Jesus did not endorse any economic or political system at all, so that's the first way we know he wasn't socialist. In fact, John chapter 18 verse 36 records Jesus as saying, “My kingdom is not of this world… my kingdom is from another place”. He never said anything about any kind of government system or economic system which means that he wasn't a socialist, but he wasn't a capitalist either.

It’s quite clear that Jesus’ ministry has never been about human governments. Jesus isn’t a political or military revolutionary as many Jews had hoped or expected, which explains why many were disbelieving when he died on the Cross.

They expected Jesus to come in and be a political revolutionary and he wasn't that, and now we have 2000 years of Christianity. Again, going back to John chapter 18 verse 36, Jesus says “My kingdom is not of this world. If it were, my servants would fight to prevent my arrest by the Jewish leaders. But now my kingdom is from another place”.

If you study political science or listen to many commentators, you’ll often hear that the premise of establishing a system of governance is anarchy. Anarchy ranges from the mere existence of conservative voices to actual civil unrest and violence. Both socialism and capitalism are examples of human political systems invented in an unsuccessful attempt to fix the anarchy caused by the original sin of humanity’s rebellion against God. 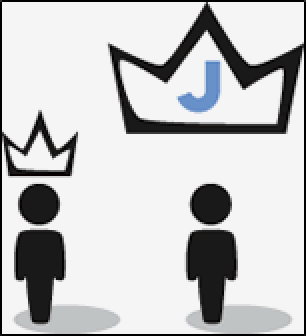 When humanity chose to run life our own way without God, we chose to put our trust in political systems. But choosing to live under God’s rule means to put Jesus above human politics and live as a follower of Jesus. Which way will you choose to live? Picture: Two Ways to Live/Matthias Media

As Matthew chapter 7 verses 16 to 20 tell us “By their fruit you will recognize them. Do people pick grapes from thornbushes, or figs from thistles? Likewise, every good tree bears good fruit, but a bad tree bears bad fruit. A good tree cannot bear bad fruit, and a bad tree cannot bear good fruit. Every tree that does not bear good fruit is cut down and thrown into the fire. Thus, by their fruit you will recognize them”.

Let's look at the fruits of this particular fig tree being human political systems, we'll find that we've got over 100 million people since the beginning of the 20th century who have been killed by communism and socialism.

The Holocaust in World War 2 was bad with 6 million Jews murdered, but the deaths caused by the Soviet Union under Joseph Stalin and Communist China under Mao Zedong have exceeded this. Stalin is estimated to have caused the death of 40 – 62 million people and Mao caused the death of 45 – 75 million people. Both the Nazis and Communists placed belief in their leaders instead of God as supreme, and the results have been disastrous.

The reason behind Jesus’ actions, such as helping the poor and healing the sick, isn’t because Jesus believed in free healthcare as part of the His socialist economic policy. Nor did Jesus sell His services to the highest bidder or the most established in society. Jesus welcomed the children and healed those who could never repay, so He indeed wasn’t an advocate of the profit-driven healthcare system either.

Also, all earthly kingdoms will ultimately fall,  and the only good kingdom is God’s kingdom. The Soviet Union was propagandised as the “Worker’s Paradise”, but that collapsed in 1991. And even in the closer decades, there’s clear evidence of failing countries even in Europe.

The economic crisis in Greece is just the start, and no matter how angry people may get when their entitlements are threatened or taken away, you can’t create taxable income out of nowhere. And once the promises of welfare and government subsidies are cut because of austerity measures, the political support base will wither away and likely lead to violent civil unrest.

But it is only God’s kingdom that will last forever and not face temperamental challenges of budget cuts and unemployment.

Psalm 145 verse 13 reminds us that God’s “…kingdom is an everlasting kingdom, and your dominion endures through all generations. The LORD is trustworthy in all he promises and faithful in all he does”.

Both left wing, right wing and every human political/economic system is sinful ideology as seen by its godlessness. The foundational elements of socialism and communism is that man can do anything. Likewise, with capitalism and right-wing systems, it’s all about self-pleasure through the accumulation of wealth.

All systems are merely human inventions that try to fix and reshape the world without acknowledging that it can and has been only done through our risen Lord Jesus Christ.

We can rest assured that God’s kingdom is one of everlasting life that welcomes all people who call upon Jesus to be Lord and Saviour. Whether your Vote 1 is for left- or right-wing candidates, what’s most important is that you have Jesus as Number 1 in your life. All the promises from human politics will fade away, but it is only Jesus’ relentless love that preserves and can heal humanity from the destruction caused by anarchy – the rejection of God. 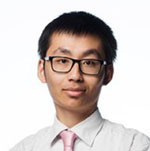