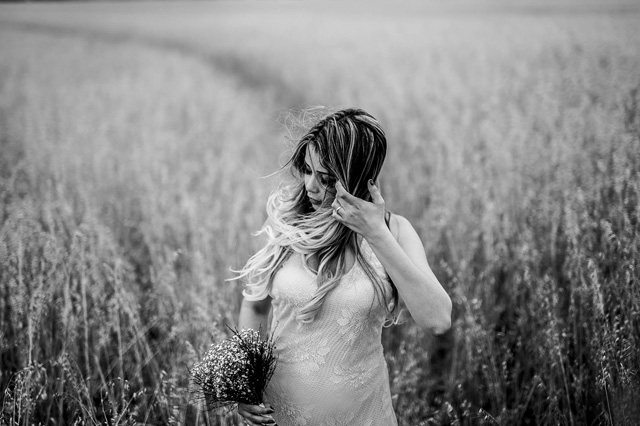 I find Christianity confusing and paradoxical in a lot of ways. For example: we have to die to live, and that death looks like something different for each person. A death of each individual dream and desire, given to Jesus for His glory. I assumed that maybe if I had “good” dreams then God wouldn’t ask me to give them up or deny myself; death is terrifying and painful, and I’d rather avoid it.

How death can be seen as good or merciful.

My dream has always been to grow up and get married. When I was younger, I wanted it so badly and I never questioned whether or not it would happen. Even though I grew up in a house where dating was not encouraged until adulthood, I knew that I wanted to find a husband as soon as I could. My parents told me that I couldn’t date until I was eighteen years old, but with classic teenage rebellion, I dated three boys before I graduated high school.And then I didn’t date anyone for six years.

There were a lot of reasons for that. One was that I was learning about adulthood, another was that I had moved across the country and was living away from my family for the first time. I had been badly burned from my last relationship and needed to figure out who I was as an individual, and I couldn’t seem to find anyone interested in dating me. I was also fully embracing my emerging, adult faith and didn’t know what dating looked like in that context.

But I still wanted to be married, desperately. I prayed that the next person I dated would be the one I married. It felt like singleness plagued me for the next six years, and I largely defined myself by this singleness.

A church boy asked me out and after two months of getting to know each other as friends, we dated for almost six months. I loved him deeply. He made me laugh, we both believed in God, he had aspirations, kindness, and compassion. He came out to visit my family almost two thousand miles away, and I thought I knew how this chapter of my life was going to end. I thought I was going to marry him. But as quickly as it started, it also ended.

I knew it would be hard to break up with someone, but I hadn’t imagined the grief and numbness that came in waves, the overwhelming desire to cry at random things, the mere mention of his name causing me to catch my breath. I wasn’t expecting to be broken to my core by the unexpected tragedy of our fractured relationship. When we first broke up, I felt like I was dying. Some days, I still feel like that.

Truly, truly, I say to you, unless a grain of wheat falls into the earth and dies, it remains alone; but if it dies, it bears much fruit. (John chapter 12, verse 24).

This is probably the closest I’ve ever come to dying to myself. I’ve given up a lot of dreams – I have moved across the country, changed denominations, changed majors, quit jobs, stayed at jobs, lost friends – and yet giving up this relationship was the hardest thing I’ve ever done. I wasn’t just letting go of this relationship, I was giving up the idea of marriage on my terms, of making this relationship happen my way. I was letting go of someone I loved and hoping that God would embrace me with His love. I was giving up a “good” dream for the promise of the fruit that comes with submission to God and his timing.

Now, I can see the space that this death has given me for transforming and bearing fruit. When the breakup was still new and overwhelming, one wise friend said, “Maybe this is a severe mercy.”

I feel a new life forming: a greater compassion, a deeper empathy, renewed resiliency, a peace that doesn’t just ripple over the surface but that dwells deep in my soul, and a clarification of identity in Jesus as an individual and beloved daughter. I see joy taking deeper roots in my newly expanded and healing heart.

And yet, this mercy still feels like death. It is not death as I imagined, although it is far more painful. The broken, raw, beating paradox of dying and living simultaneously beats in my chest every minute. I don’t know if this death will ever fully leave me, but I do know that this new life – however paradoxically painful and peaceful – never will. 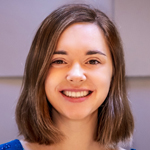 Rebecca Triplett constantly strives to practically share God's love and grace to those around her; she also loves fuzzy socks, her five sisters, pink and orange alstroemerias, calligraphy, and sour gummy worms.