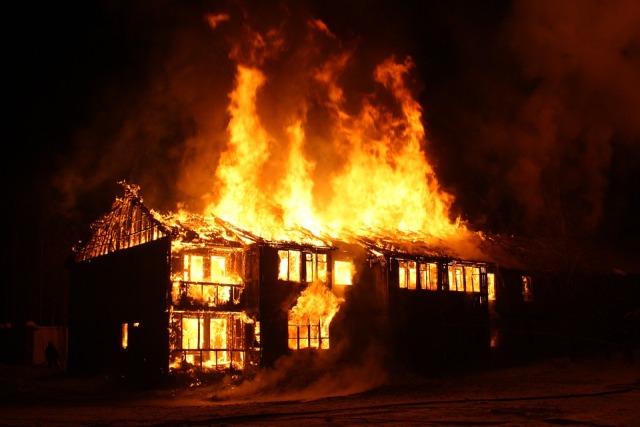 “The residential building in front of our apartment was on fire. I was about to run out in case it spread to our apartment. Do you have anything valuable that I could grab for you?” My roommate called when I was on my way back from our annual church retreat.

I was shocked and thought of her question for a moment. I groped in my backpack and discovered that my Bible and my favourite books were with me. And then I quickly searched in my mind and see if there was anything missing. After a second thought, I found it hard to name one more thing that I was reluctant to lose.

“No, thank you! You may leave as soon as possible.” I replied.

Peace in the body of Christ

I wondered at my answer after hanging up the call. I never thought that would be my answer under such circumstance. More surprising was that I did have peace when I said that. I suppose the companionship of the church helped a lot. I knew there were people who were happy to help when needed. At that moment, I felt secured and reassured despite of the disturbing news.

Since the fire grew stronger, the street and all entrance towards the community were blocked. I shared the news with Jin, my friend and sister in Christ, and asked if I could stay in her apartment as I couldn’t go back that night. She gladly confirmed and joked that the timing was perfect. Her roommate moved out few days ago, and the new roommate hasn’t moved in yet.

I couldn’t help praising God for His grace at the night I spent in Jin’s apartment. My life would be in danger if I was in that burning building; what I have earned and stored would be burned into ashes if the fire spread to our apartment; and I should be facing the disconcerting fact by myself and spent a night out alone if I wasn’t with the church.

On the contrary, God is gracious enough to nullify the “if” assumptions and turned the situation into a great blessing. I had a wonderful time during the retreat when there was a fire in front of my apartment. Meanwhile, I was able to stay at friend’s home and enjoyed her companionship. Eventually, I received the message from my roommate at midnight, and was relieved to know that the fire was in control and our apartment was not impacted.

The big fire is a good reminder of insignificance of man and greatness of God. Sometimes, we tend to take what we have as granted rather than thanking God for His grace and blessing. We forget that God is our ultimate sustainer. As king David put: I lay down and slept; I woke again, for the Lord sustained me. (Psalm chapter 3, versus 5)

The question that my roommate asked comes into my mind from time to time afterwards. I suppose it was a good question that I should often ask myself, not only in an emergency situation, but also in my daily life.

What’s my treasure on earth? What would I take if the house is on fire?

Apostol Paul gave his answer plainly in the second letter to Corinthian church: we have this treasure in Jar of clay, to show that the surpassing power belongs to God and not us. (2 Corinthians, chapter 4, versus 7). In another place, Paul echoed that the treasure is knowing Jesus. Indeed, I count everything as loss because of the surpassing worth of knowing Christ Jesus my Lord. (Philippians chapter 3, versus 8)

Paul not only said so, but also led a true life this way. He suffered greatly for Christ in his life -with far greater labours, far more imprisonments, with countless beating, and often near death. (2 Corinthians, chapter 11, versus 23). Paul knew clearly what to take when in distress, as he suffered the loss of all things and count them as rubbish for the gain of Christ.

What about you? Are you laying up treasure on earth where moths can destroy it, and where thieves could break in and steal it? Or is your treasure in heaven, where it will last till eternity.

It’s simple maths. I wish we all make wise decision before another fire. 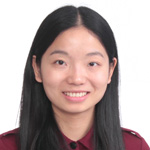