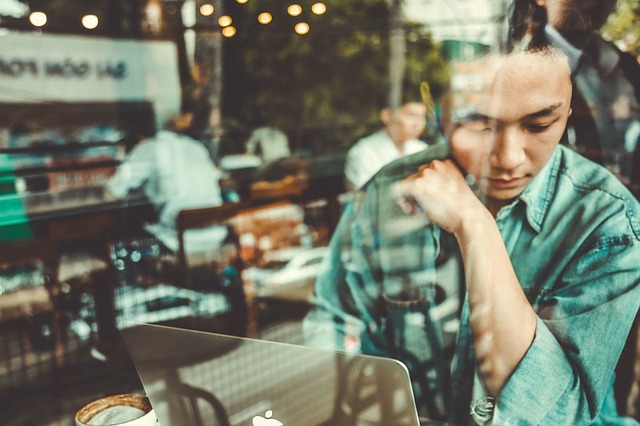 Perhaps the most terrifying thing I face is apathy. Disconnection is a dreaded enemy on the horizon for many followers of Christ, yet it so often confronts me.

I recall sitting with a cold coffee on the table, reading which lyrically massaging my heart, the warmth of the sun streaking in the window; it becomes more than natural to sit in blissful ignorance of the world that surrounds me.

At that time, the single mum in the yard next to me, battling with the pressures of bringing up a child in the world. The student a few places down who is lost in society, facing the crippling foe of loneliness. The refugee in town--responsible for two kids, unable to speak English, and feeling rejected by his own people. Amidst it all another cause has men and women of conviction and valour screaming from the grave.

Frederick Douglas - (1818 - 1895) a former slave, and Abolitionist Leader said this: "They would not call it slavery, but some other name. Slavery has been fruitful in giving herself names ... and it will call itself by yet another name; and you and I and all of us had better wait and see what new form this old monster will assume, in what new skin this old snake will come forth."

Now more than any other stage of history, slavery is running rampant and on the same old fuel it ran before. Money. This time it is sex that is often selling (forced labour is also an issue). At this point in the course of history 27 million people are enslaved. The average age: 12. 12! Those who are rescued: 1-2%. (www.thea21campaign.org)

One of the oldest monsters has continued to evolve, contributing to the second highest grossing industry worldwide at 31.6 billion dollars a year (neutrinodata.s3.amazonaws.com). So how has this happened? How could we allow such an evil to take hold of the least of these? I would like to suggest two things: disassociated apathy and feeding this evil at its grassroots (or by inaction allowing it to be fed).

Flourishing out of the pit of human depravity is apathy, and central to that is the worship of ourselves. Orbiting in our own self-consciousness, we can't escape the gravity of our own egos. Naturally this makes us unable to properly empathise with people that aren't in our immediate circles. How am I going to prepare for the next exam? What am I going to do after uni? How am I going to afford the phone bill? How can I keep this relationship intact?

Everything begins to orbit around our singular existence, and we become desensitised, losing our ability to see beyond ourselves. When was the last time you heard news of injustice in the world and were even emotionally or viscerally moved? How often does the plight of those less fortunate cross your mind? However, Christ gives us an alternative. He, in spite of his glorious triune sufficient existence, chose not only to sympathise with our position, but empathise (Philippians Chapter 2, Hebrews Chapter 5).

He put himself into our situation and now has commissioned us to be a nation of priests for the rest of the world (1 Peter Chapter 2) giving us the ability to have his mind transform our fallen mind (Philippians Chapter 2, Romans Chapter 12). Through consistent prayer and awareness and work of the Holy Spirit, we need to develop what Chip Ingram calls a dislocated heart in his book Holy Ambition, we need to immerse ourselves in the pain of others before our desensitisation contributes further to others dehumanisation.

About a month ago I went along to the Launceston show day, and when I walked in I was confronted by a quite disturbing sight. All the rides, the games, the booths; they were all covered with animations, accentuated with hyper-sexuality. Flaunted tastelessly across every ride were animations of women in bikinis posing sexually (This is not a statement for or against bikinis, but rather the message this is promoting).

The issue is that these images displayed in such an arena only serve to continually trivialise female sexuality. Flaunting these images in association with carnival rides and games will only breed more objectification of women and feed the grassroots of sexual exploitation by offering up the sexuality of women frivolously on the altar of capitalism and consumerism.

This absurd display only serves to entrench our generation's sexual distortion even more, subconsciously connecting the trite atmosphere of a carnival with images of the female body which should be respected rather than lewdly displayed. By not speaking out against this we passively approve of the continuation of this mentality.

The church needs to rise up, living out the proclamation of our Lord; it is indeed the year of the Lord's favour (Luke Chapter 4, Verses 18-19). In doing this we need to take up our position as a kingdom of priests (1 Peter Chapter 2) praying daily against the injustices in the world, praying for grace to break our calloused hearts, and conviction to strike for how we; by action feed into this system of slavery, or by inaction allowed it and its spirit of objectification to persist.

For indeed it is the year of the Lord's favour and he has commissioned us, the church to proclaim it to all the nations. Saying alongside William Wilberforce (1759 - 1833 British Politician, Abolitionist) - "If to be feelingly alive to the sufferings of my fellow-creatures is to be a fanatic, I am one of the most incurable fanatics ever permitted to be at large", and allowing his grave words to forever echo in our societies, "You may choose to look the other way but you can never say again that you did not know."