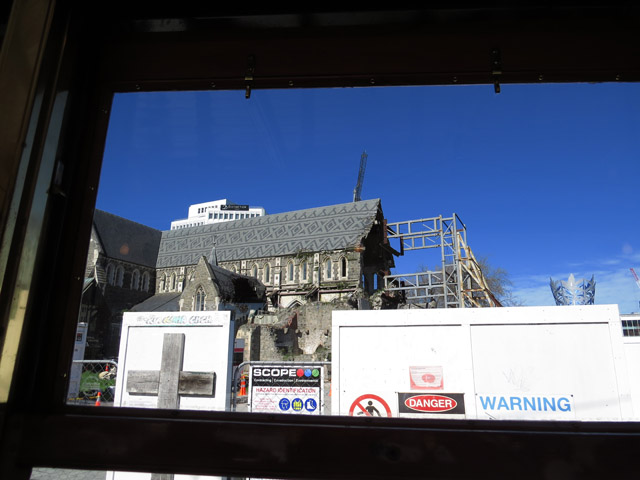 Whenever I’ve said this in my life, it means I’m trying not to be angry but failing. You might be able to relate.

Thousands of people will go through periods of demanding “What the hell was that, God?” – whether we ‘consider ourselves religious or not’.

But for most Christians, the standard teaching is that being angry at God is wrong. Anger suggests God has been unjust to us – that we’re entitled to more – which implies that God has done wrong. Which, obviously, is a problem if God is good and perfect.

So usually, when I’ve expressed anger about something God has done, it’s been met with disapproval by fellow Christians. They’ll remind me that God is in control, even if I don’t understand what his plan is yet. Or they’ll tell me that God didn’t promise happiness in this life.

Which is true and all, but feels like a kick in the heart when I’m in pain.

This is why I’m glad the book of Job exists in the Bible – because it shows a different side to how to process suffering and anger at God.

The suffering of Job

Job is a fascinating and complex book that’s worth reading in full. When he lost everything and everyone he loved, Job’s anger is all too relatable. He cries out to God as to a cold-hearted father who’s turned his back on him:

I cry out to you, God, but you do not answer;

Surely Job should be more philosophical – reminding himself God is in control? Not so much. Here are three observations I made that surprised me.

1) God allows Job to be honest

For all his rants and raves, Job is said to have spoken rightly about God at the end of the book. The pious musings of his friends, on the other hand, are condemned (Job chapter 42 verse 8).

Christians who tell you that God is in control are correct, but it puts a reprimand on your emotions. This isn’t what God does. God doesn’t steamroll Job’s feelings. He doesn’t throw a lightning bolt. Nor does he appear instantly with a rebuke for Job’s emotions and despair.

Instead, he waits 38 chapters before appearing to Job. That’s 38 chapters where Job accuses God of being unfair, agonises over his situation, and skates dangerously close to cursing God, just as Satan had intended. God allows him this space to be honest. He hears all of it – and he’s still faithful.

Am I brave enough to be honest with God? Many of us pretend that everything is great, even in our prayers, as though we need to mind our manners.

But prayer isn’t supposed to be a recitation of well-behaved words. It’s a time of connection with God, and we can pray to God in any season with however our emotions may feel. He made them, after all.

One writer took it upon himself to write a series of angry prayers – everything from “An Angry Prayer for Someone Suffering From Depression During the Holidays” to “An Angry Prayer for Those Who Are Cut Off in Traffic”. Maybe we should be hearing more prayers like this.

Despite his anger, Job does something that I struggle with. He rushes to God in his anger – not away.

When I’m angry at God, I’m more likely to avoid him. I tend to go cold on my Bible reading and praying, and retreat into complaints and bitterness. When I’ve just been disappointed, I don’t want to face God. Why should I trust when my trust feels like it’s been violated?

But Job doesn’t shut God out. Nor does he turn inward to self-pity and cynicism. Instead, he continues calling out to God and demanding answers – relief – reassurance. He demands God forcefully to lay his cards on the table, but importantly, he asks.

Significantly, God does show up – and that’s when healing can begin. Tamie Davis points out that suffering doesn’t make Job a better person – we’ve had more than 30 chapters of that without relief. What makes him a better person is God’s presence.

I wonder how Job would have gone if Job had frozen God out, like I would have. And then I wonder what would happen in my own life if I kept pursuing God in hard times like Job did.

3) Job wanted to meet with God, more than he wanted vindication from God

This is most challenging of all for me: Job didn’t just seek God to verbally abuse him. He genuinely wanted to connect and hear from God.

Job was demanding answers, sure. He didn’t do everything right, and his rebukes of God are extremely harsh. But ultimately, Job repents because he recognises how wrong he is to have questioned God’s morality and justice.

Job is even humble enough to admit his shortcomings:

Surely I spoke of things I did not understand, things too wonderful for me to know. (Job chapter 42 verse 3)

Maybe this is just me, but I wouldn’t say I have a humble heart when I’m angry at God. Usually, I just want to vent and prove that I’m right for venting.

But like any relationship, my relationship with God can only flourish if I’m going in to try to understand – not to accuse and abuse. That takes humility.

What happened to Job was utterly unfair. But he listened to what God told him, and he had the humility to respond to it.

What to do when I’m angry at God

In your anger, do not sin.

That is – anger can easily lead to wrongdoing. Anger with God is a dangerous place to be, because it can easily lead you further away from God. It can ignite entitlement, resentment and bitterness.

But the surprising truth is that God can handle all our messy emotions.

I find it so much easier to be angry with God than to engage with him. Maybe I’m afraid that God can’t answer my question about suffering – certainly, he doesn’t fully explain why suffering happens in the book of Job. Maybe I’m too tired to try, or too scared of disappointment.

Whatever happens, though, I need to keep the communication lines open – and keep them open in good times and bad. Because like he did for Job, God is inviting me to trust him.

So when I am angry with God, I need to ask myself: 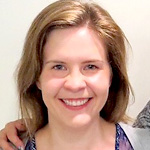 Cheryl McGrath is a Press Service International young writer from Melbourne and the 2017 and 2018 Basil Sellers Award winner.