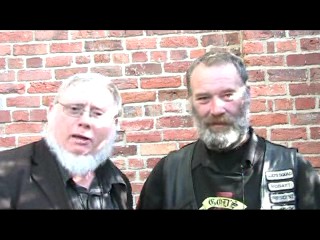 This is another of those wonderful interviews for the Australian Missionary News IPTV, this one is of Ben Mogg of God's Squad.

Ben Mogg is a Lutheran pastor and we him at the Australasian Religious Press Association conference in Hobart way back in 2011.

Enjoy the this 2011 video interview