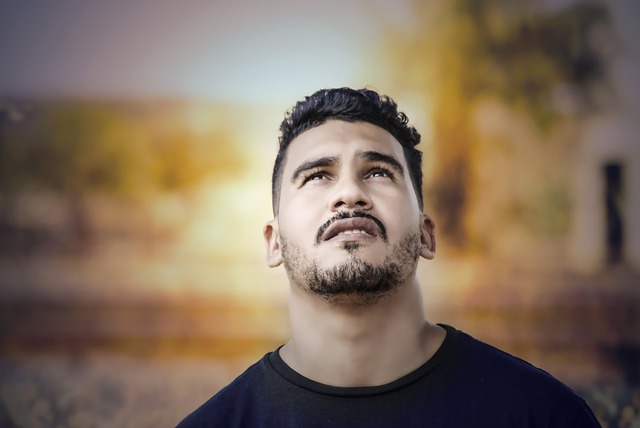 While I usually try to avoid sweeping generalisations, I think it may be fair to say that nearly all Christians have wrestled with doubts before. Perhaps you have questioned if you can truly believe this whole Christianity thing anymore. Perhaps you have remembered the spiritual highs you experienced after your conversion, and noticed that those experiences are now non-existent. Or perhaps you have been struggling with a sin into which you continue to fall.

Whatever it may be, the result often involves wondering whether you have gone and blown it all. Then that niggling little voice starts telling you that you’re not good enough, and that the Gospel does not apply to you. Maybe you grabbed hold of it once, but now you’ve let it go. You’re not really saved, your sins are enough to make God reject you.

Is this true? Well to answer this, we need to ask a bigger question: “What is the source of my hope?”

The source of hope

For this, I want to look at one of the most powerful passages in Scripture: Romans chapter 8, verses 29-39.

This passage starts with the golden chain of redemption (verses 29-30), in which Paul explains the great work that God does in the lives of believers: since before the world began, before humanity existed, and there was nothing but God, He knew you, and predestined for believers to be saved. Therefore once you were alive God enacted His plan and called you to accept Jesus. Then He justified you, He forgave you of your sins, and now you will be glorified, or made perfect one day (Paul even speaks of this as a present reality, that’s how confident he is).

This is an incredible statement: ever since the beginning of all things God has been working to enact your salvation. Paul then rhetorically asks if anyone can now bring any charge against believers, considering God justifies us, Christ died for us and was raised, and is now interceding for us.

Who shall separate us from Christ? He is asking whether we, after being saved, can be separated from Christ. Can we lose our salvation?

Who shall separate us?

My view is that Scripture teaches that when God saves us, He holds us so tightly that we cannot lose Him. This is known as eternal security, or perseverance of the saints.

Yes, Christians need to continually walk with God. It’s not enough to tip our hat to Jesus and say ‘I might take some salvation’, and then live a non-Christian life. Yet we do not follow God on our own—believers are empowered by God to persevere in their faith. Our assurance of eternal relationship with God is not grounded in our own strength, instead our hope is in God’s power and faithfulness. Because the foundation of our salvation is God, our salvation is eternally secure.

I think we see this in Romans. Paul has said ‘alright, since before time began, for all eternity, God has been at work in saving His people, and Jesus came and died in your place and is now interceding in heaven on your behalf. So in light of this, can any of the terrible things in this sinful world separate us from God?’

He answers in verse 37 with a resounding no! Take a look at that list. Do you see what he is saying here? It is difficult to think of any words that could be more comprehensive. Scripture is telling us that once we come to Christ, nothing can ever separate us from God’s love.

This wonderful truth, is not limited to Romans, but is seen throughout Scripture, such as in the famous Philippians chapter 1, verse 6. This teaches that in terms of our salvation, God finishes what He starts. If, as we saw in Romans chapter 8, God has eternally been working on our salvation, if since before time God knew you and chose you, and Jesus is now interceding in heaven for you, then God will not look at your sin and give up on you.

Furthermore, we have John chapter 10, verses 27-30. Here we see the great work of God in our salvation: the Father gives us, as believers, to Jesus. We have heard Christ’s voice, and we know Him and we follow Him. Because of this, Christ has given us eternal life, and we will never perish, and no one will snatch us from His or the Father’s hands. Once the Father and Son have hold of us (and the Spirit indwells us) absolutely nothing can take us away.

Finally, John chapter 6, verses 37-40 shows that Jesus will never cast out believers, the will of the Father is for Jesus to lose none that the Father has given Him, and everybody who has placed their faith in Jesus will be raised on the last day. The only way for you to lose your salvation would be for the Father to fail, or for Jesus to disobey Him

Overall, those who have faith in Christ—having been foreknown and predestined by God from eternity past, having been called and justified in this life, and who will be glorified—will not be lost.

This does not mean that those who simply profess Christ without actually being born again are saved. It doesn’t mean that somebody who says ‘yeah okay, I’ll take some of that Jesus stuff’ have some sort of irrevocable ‘heaven ticket’.

Haydn Lea is an Associate Pastor in Queensland, and is currently studying his Master of Arts (Theology). He has been a member of the Royal Australian Air Force since 2007, and is now training to be an Air Force Chaplain. He is married to Shamsa Lea, is the father of Amira, and loves boxing and studying Theology. Despite the assurance that God will never let go, he still struggles with doubts at times. He therefore relates to the man’s plea in Mark chapter 9, verse 24: “I believe; help my unbelief!”