It’s true that sometimes God leads in mysterious ways. Let me explain. Even though I’m pretty sure it’s not the way it’s supposed to be, I recently found myself being challenged by the very words I was saying to a new youth pastor we were commissioning at the church I lead. I think he should have been the one who was being challenged by what I was saying, not me, but there you go – God’s mysterious ways.

As I was pronouncing a blessing on him I heard myself say, Be an example by your own faith, remembering that in all you do, your own life before the Lord will count more in the end than any amount of ministry that you may undertake.  In a society that often judges us for our actual achievements, and in a church that often reflects this cultural value, saying that the development of our character counts more than our achievements and the length or strength of our Curriculum Vitae is quite the statement to wrap our heads around.

Having recently returned from an international conference on leadership where the guest speakers were people with wonderful achievements and impressive CV’s, it’s easy to forget that character is ultimately the starting point for any significant change we want to make in the world.

So why is character so important? Here are my top 4 reasons:

At its most basic level, if leadership is about getting people from A to B, from having an idea to instigating an idea, from wanting to solve an issue to solving the issue, from having a dream about the future to changing the future, then none of those things are possible without having others come along on the journey with us. Getting others on our side and heading in the same direction is usually the hardest and yet the most important part of leadership, and our true character is revealed through the way we treat people early on.

Most people are very quick to see character flaws, and while no one is perfect the way we display character traits such as honesty, trust, patience and empathy quickly determine whether someone will want to follow us, or not.

Focussing on the development of our character enables others to quickly decide whether they want to be in a relationship with us, and if we don’t have people following us, then we aren’t leaders as leaders need followers. Self-focussed individuals aren’t leaders.

Going to a few funerals is perhaps the easiest way to see that meaningful legacies are all about character and not achievements. While achievements and success are often celebrated at the end of someone’s life, the best funerals are always the ones that quickly move into eulogies such as, ‘but the thing we most loved about our Dad is that he always had time for us’, or ‘Mum worked hard but we always knew she loved us, no matter what.’ It’s character that leaves the greatest legacy and it’s legacy that ultimately shapes the next generation.

Without being too morbid the other old adage is also true, at the end of most peoples lives they never say they wish they’d spent more time at work.

A lasting legacy shapes the lives of the next generation. Our attitude towards such things as forgiveness and generosity, all the intangibles that can’t be measured, is what we’re ultimately remembered by, and who doesn’t want to leave a great legacy.

Have you any wondered about someone’s true intentions? What do they really want? By nature in the West, we’re generally suspicious about what someone really wants from us. I know that as much as a real estate salesperson says they’re working for me, I know they’re true intention are to get a sale no matter who they’re working for because that’s how they get paid – I can see through that industry easily.

Given that we’re naturally suspicious of people’s intentions, the observance of our character in action will be the only way others will know if our intentions are what we say they are, or not. Suspicions will only be alleviated by visible character being evidenced over time, and to achieve the dreams and hopes those of us who are leaders have, we can save ourselves a lot of time and hassle by working on our character first, because leaders need followers.

Character is at the heart of being a follower of Jesus

There is no more powerful Scripture for us than what Paul writes to the early church in the city of Galatia. In starting to sum up the difference between living for the world and living in the world as a follower of Jesus, he writes in Galatians Chapter 5 Verses 22-26, But the fruit of the Spirit is love, joy, peace, forbearance, kindness, goodness, faithfulness, gentleness and self-control. Against such things there is no law. Those who belong to Christ Jesus have crucified the flesh with its passions and desires. Since we live by the Spirit, let us keep in step with the Spirit. Let us not become conceited, provoking and envying each other.

The Fruit of the Spirit can be summarised in one word – character.

If we live our lives in a way that allows God to build our character, then one day we’ll look back and know that in all we do, our own lives before the Lord count more in the end than any amount of ministry that we may undertake. 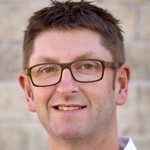 Grant Harris is a reformed banker who has been the Senior Pastor of Windsor Park Baptist Church in Auckland, New Zealand, for ten years. Grant’s passionate about seeing people catch a glimpse of who they are in Christ and living out the difference that makes. He’s tried living according to the patterns of this world and found that those patterns came up short. He’s still a work-in-progress and always will be. You can contact Grant at grant.harris@windsorpark.org.nz.