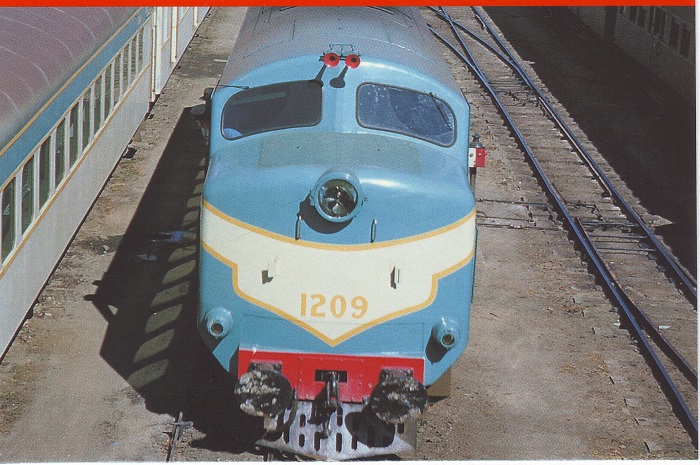 1952 was a wonderful year for Queensland Railways when the very first mainline diesel electric locomotive came on stream, the gleaming blue and white 1100 class hood designed monster of the rail followed not long after by the streamline designed 1200 Class.

I have previously detailed the ‘minuted’ history of how the blue and white livery design came about – in summary, the decision making body had determined maroon and white but the Commonwealth Railways had jumped the gun on those colours.

Rather the blue and white was approved, representing the Sunshine State along with an apricot colour band along the base of the blue along the length of the diesel locomotive. This was the same livery as the newly approved express passenger trains for the new diesels to haul – the Sunlander, Inlander, Westlander and Midlander.

The reports of the day when an official party inspected these new passenger train delights was that it was as if it had fallen from heaven. Nothing of its like had ever been witnessed.

After 35 years this remarkable and highly applauded livery of blue and white was suddenly and irrevocably ditched in a corporate whitewash (as it were) that shocked the rail enthusiast and public alike. A new livery was approved, a ghastly dark drown and yellow, commonly referred to as the Bronco colours or officially, referred to as the Corporate colours. 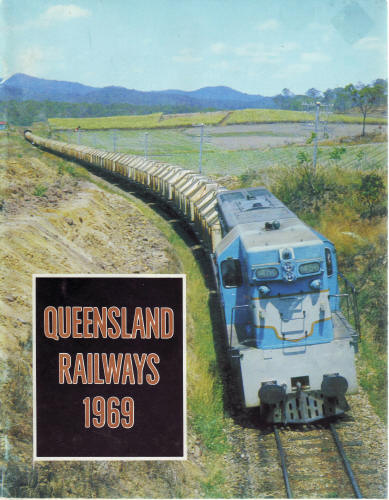 This livery of wide dark brown and yellow stripes along the length of the diesel made them look like Zebras' on steroids and those in north Queensland were none too pleased with these Bronco coloured locomotives turned up – what about the colours of the North Queensland Cowboys Guernseys’.

What of the highly successful Townsville Basketball Crocodile team colours? Why not the Test cricket whites? What about the Life Saving caps – red and yellow? The list could go on forever. Why the Bronco colours? Not everyone followed the NRL in any case. Field Hockey is one of Queensland’s most participated in sports as is Netball.

This Queensland Rail livery decision was becoming a laughing stock amongst the rail fraternity. The blue and white “Sunshine State’ had some significance about it – it was State wide. It did represent something everyone understood. It was pleasing to the eye.

A few years later a fresh design came out, a large amount of black in a half moon along the sides of the locomotives and when the corporate entity changed to Qld National, then this livery came into its own with a tweaking here and there to distinguish the Qld National brand name.

Slowly but surely the Broncos dark brown and yellow livery of the diesels were being replaced with the new Qld National black colour scheme – it has a touch of yellow and maroon but still a long way from the blue and white. This Qld National scheme is like a working man’s colour scheme.

Then on top of all this came Pacific National’s dark blue and yellow diesel livery patterns, and again the whole thing became even more confusing. The Footplate Padre invites anyone to check out the next freighter anywhere in Australia – you will inevitably a string of diesels, all different livery’s and more than likely, they will be dirty and filthy as! 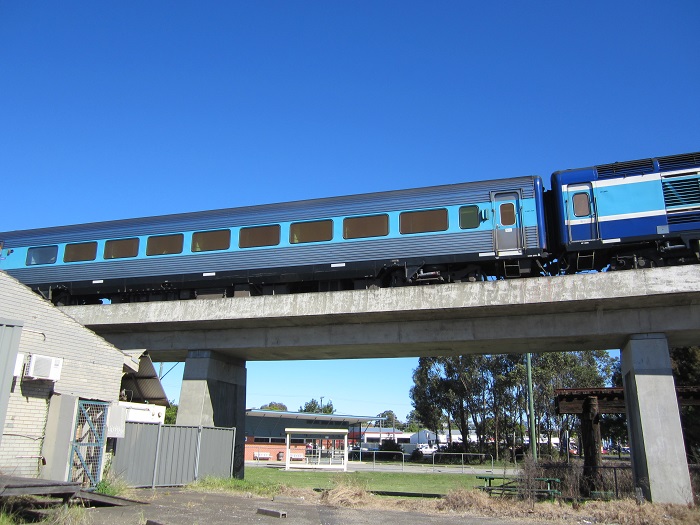 This is a long way distant from when each State had its own colour livery and a certain pride with it.

Even today, I see no reason in not returning to a system that functioned well, of State based livery system’s – at least one would know the locomotive’s home base. Why not return to the Qld blue and white, the bright russet NSW, the dark blue VR, the silver and maroon SAR, the maroon and white CR and the light blue and dark blue of WAGR (standard gauge) and red and green (narrow gauge), similarly TASR.

At the moment it’s a cop-out for railway executives - who of the public can tell whose locomotives' belong to whom!

Taking the train from Varsity Lake to Brisbane Airport recently, passing Mayne Locomotive Depot and rail passenger storage lines, behold there were three locomotive standing adjacent to each other. The Bronco livery, the Qld National livery and the original blue and white livery (1600 Class). The blue and white livery appeared outstanding, it was like chalk and cheese.

The Footplate Padre says it’s a bit like in the New Testament when Jesus saw a fig tree which should have provided passers bye, such as himself, good fruit. Ordinary people depended upon such common-ground provisions: lovely, enjoyable, heart warming, secure, a sense of well-being sweet. Instead it was none of these. So too, he says, this mish-mash of livery’s. 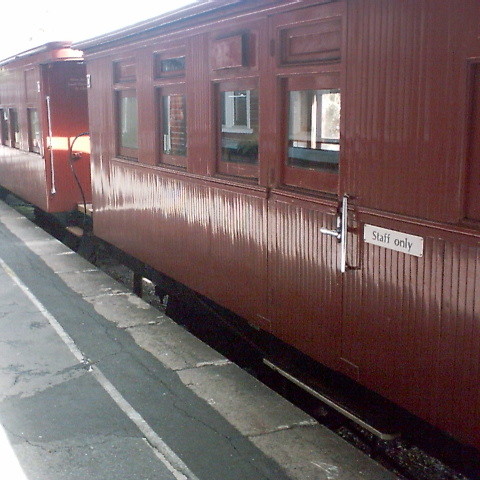