Tweed Heads and Coolangatta is not the only set of twin towns at border locations in Australia. Another set of twin towns which boasts an equally well established claim to fame is Albury and Wodonga. In fact, Albury-Wodonga special status as a Federal Government regional industry and commerce centre has placed it as a centre of excellence.

There are a number of similarities and differences between Albury-Wodonga and that of Tweed Heads-Coolangatta.

Albury like Tweed Heads is a long way from Sydney, whereas Wodonga and Coolangatta are relatively close to Melbourne (Wodonga) and Brisbane (Coolangatta), their State's capital cities.

There are many people who literally catch the morning express trains from Wodonga to Melbourne. Wodonga is a political centre emphasising education excellence and along with Albury has a close affinity to Victoria with Australian Rules Football (AFL) and Eisteddfod music.

The railway to Coolangatta was pulled up in 1961, it seemed as a political decision to enhance Surfers Paradise as the Gold Coast's tourist home. The recent Tugun By-Pass on the western side of the Gold Coast Airport has seen both Tweed heads and Coolangatta miss all by-passing traffic. For many this is a great relief. Both cities can stand commercially in their own right.

That same year that the Coolangatta railway line was pulled up (1961), the standard gauge railway was opened between Sydney and Melbourne, meaning that no longer was there a change of rail gauge at Albury where every freight item had to be transhipped from one set of rail wagons to another.

The similarities and differences are historic and geographical, however the greatest difficulty and a financial anomaly for the Gold Coast is that Queensland does not support day light saving where as New South Wales now has six months of it each year.

The Gold Coast has been campaigning for years that south east Queensland operate on daylight saving time. The reasons are economic. The flight timetables play havoc with the tourism industry. The difference in opening and closing hours. Many travel over the border each way, meaning there is much travail in arranging times for meetings or to even collect the children from school.

The trauma in not having the same time zone have so many debilitating effects, that the Gold Coast City Council has even threatened to go it alone and set their own time zone in line with New South Wales and Victoria (their tourist market).

In 2010 New South Wales and Queensland Police has come to an arrangement whereby they can go across their respective borders to make an arrest. In the past, it was problematic. Criminals knew the law and how it worked, and it was common for them to sneak across the border.

We live in Tweed Heads and is a member of the Tweed Heads Chamber of Commerce where a Police Report is presented by an officer at each meeting.

Today there are no customs border crossings, no fruit inspections, there is only a sign and a structure to convey the message that one is passing from one State to another.

I am reminded of these cross border issues from the Bible, as borders are not always physical. The Apostle Paul was a Roman Citizen, where there were no such national borders for Roman Citizens were citizens of the Roman World. He put this entitlement to good use in his missionary journeys. 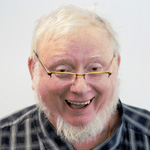