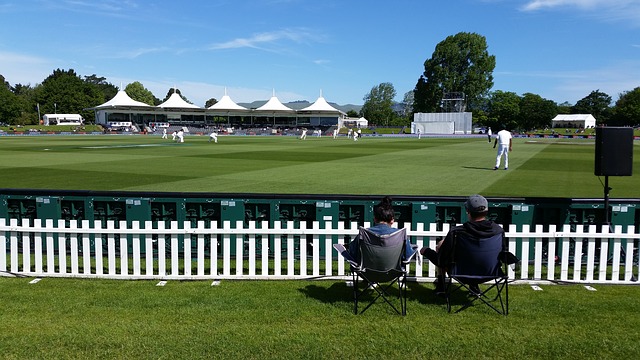 Cricket is great game. Though in cricket there is a 'lot' of gamesmanship. Sledging. Rules that can be fudged, scorebooks not filled in right, players dropped down from the firsts to secure a finals berth. “It's just not cricket” is sometimes not a correct term when describing the need for fair play.

Cricket is a great game. A great dry weather game. There are a few things that can stop a game of cricket and rain is the most dreaded. The equipment used is not at its best when moisture is about. Bats are made of wood, balls are made of leather, the pitch is rolled grass in a controlled state of pressure and decomposition.

The rules themselves require that to begin or resume playing the rain has to stop. Even playing on synthetic covered concrete pitches requires a level of safety. All too quickly they can become slippery causing bowlers to fall over, especially the faster bowlers. Which reminds me of a game where rain made an impact.

It was a Grand Final of a one day competition where my team played on a rain affected day. We bowled in the dry-ing conditions and did very well. I got three wickets and the final score was very obtainable. However, in the break between innings the clouds opened up another bucket of rain. It delayed the start but it also made the conditions supposedly slick and slippery for the bowlers.

Then one of the bowlers began “falling” over before he had released the ball. The other bowler had no problem with the conditions but the captain and the first bowler demanded the game be delayed to next week. Which, by the third over of “falling” it was.

Next week was a problem because our opening batters had commitments they could never get out of. A family cruise and a wedding anniversary and somehow the other team knew this. On the resumed day of the grand final we fell well short of the score with two batters less. The taint of this final has never left me. All but for twenty minutes of rain, a slight shower, the possibility of a fair game was ruined.

A game where young boys and girls can learn how to play as individuals and as a team. Cricket evokes an older age when politeness and sensibility were taught to youngsters. In junior cricket you retire on fifty runs. This is supposed to enable all players to get a chance stopping the domination of a few.

Sensibly, retired batters are allowed to return when the last batter has been dismissed. Now imagine another Grand Final when the last few runs are need to be made and the batting side coach is yelling out to the less skilled batters to hit catches to bring back the retired player. Catches that are deliberately being dropped by the fielding side to make sure that the retiree does not re-enter the game. It is a comical farce. Simple catches that would normally be caught were allowed to land safely as hands were kept firmly in pockets.

In lower grades, to make things fair the batting side umpire themselves. It is supposed to keep the batsmen honest knowing that their peers will judge them. It also makes sure no opportunistic LBW's or the like are given. Once when umpiring I was firmly asked by the captain who was walking out to bat at the time.

“What is it when it hits my pads Phillbert?”

To which I correctly replied. “Not out.”

“RIGHT!” was the affirmation.

This command was not tested as the bowlers did not ask me while umpiring if a batter was out LBW.

It is an anachronistic, antiquated game that has many flaws. It takes whole days out of players lives. It injures, frustrates, confuses and ensnares us. At its best we can be amazed when it all comes together but that is rare for all, from the Australian Captain to the weekend warrior. One week you can be on a hat trick with your first two deliveries, the next you can be dispatched for thirty runs off two overs.

Despite all of these truths was it not I, who, while listening on Sunday evening to Shaun Marsh score his first Ashes hundred on home soil was banging the roof of his car in celebration? Was it not I, who, while shelving books at the library evoked a not so quiet “Yes!” when I read that Joe Root had been dismissed?

Is not I who this Thursday evening will be at cricket training in expectation of the game to be played this Saturday? Of course it is. Because no matter what happens, no matter what inconsistencies occur. For me Cricket will always be a great game.

When Phillip Hall is not playing cricket or working towards a post-graduate theology degree he delivers pizza and shelves books at a library. But not all at the same time. Though there is always time to listen to the 2017-18 Ashes series. On the ABC of course.