The 2018 Press Service International (PSI) young and emerging writers conference was held in Christchurch, New Zealand on the 1st September. Young writers came from Australia, New Zealand, USA, South Africa and from around the world plus several senior writers and visitors, making it the largest conference to date.

Press Service International in conjunction with Christian Today established the young writer program in 2009 to equip the next generation of Christian writers. Daniel Jang, the inaugural NZ Basil Sellers Writer Award winner and now a senior writer, was one of the plenary speakers at the conference. 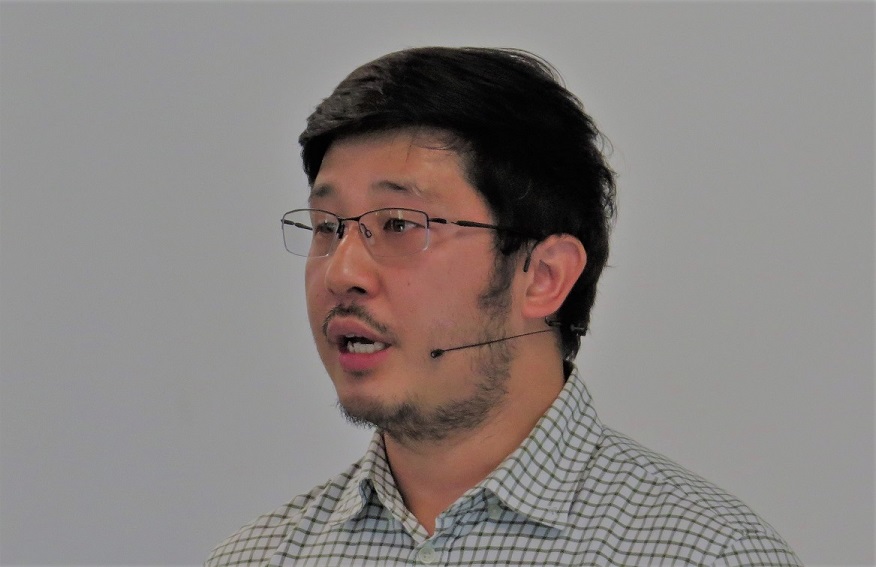 Daniel Jang is an IT consulting and project professional who has previously worked for multinational organisations such as IBM and FIFA. After 2 years of ministry with Compassion Australia, Daniel embarked on overseas mission onboard MV Logos Hope followed by further onshore mission in Bahrain, Egypt and Turkey. Daniel is an experienced speaker, itinerant preacher and now a sports chaplain in Auckland, New Zealand.

The plenary session started with an intriguing quote from Francis Bacon to ponder upon: “Reading maketh a full man, conference a ready man, and writing an exact man”. Then followed a humorous discussion about the use of smartphones, subtly challenging the audience to ‘smartphone fast’ for the next hour.

Daniel then raised two profound questions for the audience to reflect upon:

1. If Jesus had a smartphone, how might he have used it?

2. How can we communicate and equip others to follow Jesus in this new hyperlinked world?

It is said that a picture is worth a thousand words. Social science research has shown that people remember only 10% of what they hear, 20% of what they read but 80% of what they see and do. Daniel illustrated the importance of visual storytelling with several examples, challenging young writers to consider models, graphs, maps, photos, videos, drawings and diagrams to complement their writing.

A visual storytelling on the book of Zephaniah from the Bible Project was presented to showcase how powerful and engaging such method can be. It took only 5 minutes for the viewer to learn about Zephaniah, one of the least read books in the Bible, with a reasonable degree of understanding.

Daniel then took the opportunity to preach shortly on Zephaniah, with emphasis on humility, linking other verses in the Bible (Prov 3:34; James 4:6; 1 Pet 5:5). The key message was “lowly and humble are blessed as they trust in God”.

What sets our writing apart from other secular writings? In answering this question, Daniel first expounded the meaning of Hebrew words for Holy Spirit (רוּחַ הַקֹּדֶשׁ: Ruach-Ha’Kodesh) then explained its role as truth-revealer, gift-giver and fruit-producer.

A short personal testimony entitled “The confession of the proud” described what happened in one of Daniel’s previous speaking engagements. When he thought he was preparing an amazing script that would inspire his audience for God, the Holy Spirit convicted him of his pride. As it turns out, the preparation was all based on his own intellect, methods and strengths rather than humble dependence on God.

After the gentle counsel from the Holy Spirit with this revelation, Daniel ended up speaking about something completely different and unexpected at that event: the temptations that come along with our achievements and academics.

“The temptation to put our identity in our grades, awards, degrees, reputation or feedback we receive from others, which may not necessarily be bad things, can be a stumbling block to our faith.

These things can so subtly lead us to more pride and more ‘self’. Our identity should be in Christ alone, not any other things that bring praise in the eyes of the world, including success in Christian ministry. May we always remain open to the guidance of the Holy Spirit in our lives. Amen.”

Plenary finale ‘with a twist’

The plenary session concluded with a Maori/English worship song (video below) and everyone was invited to sing along. Finally, Daniel gave a brief recount of his near-arrest on his recent mission in rural Turkey (full story in this article). The audience were entertained, engaged, challenged and inspired throughout the session, adding to another blessed conference experience in 2018.