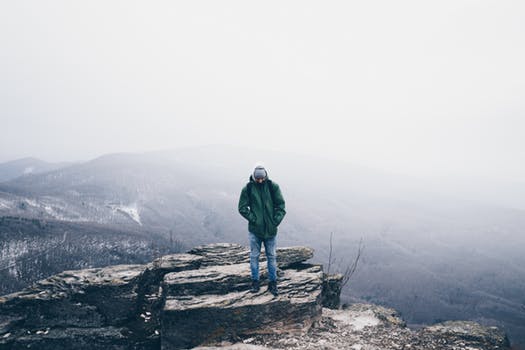 In my journey in growing in the Lord I have received many dreams of destruction, war and tribulation. Many of these were so startling and vivid, of events that have yet to come. Seeking God and believing in His Word I believe that He showed me what would be occurring during the days ahead.

The Bible speaks of great destruction and difficulty in a time of God’s judgment on the earth called the great tribulation, before the return of our Lord Jesus Christ. These events are spoken of throughout Scripture and detailed in The Revelation of Jesus Christ, the final chapter of the Bible.

Though there are different interpretations on the timing and sequence, the tribulation begins with the opening of seals of judgment, with the first four seals describing a great war and famine and death over the earth (Revelation chapter 6 verse 1 to 8). Prior to this time we are warned of a beginning of sorrows which includes wars and rumours of wars, nation rising against nation, kingdom against kingdom, famines, pestilences, earthquakes in diverse places and false Christ’s (Matthew chapter 24 verse 3 to 8).

During the tribulation a one world government is formed and led by the antichrist beast, who is worshipped by all the world except those written in the Lamb’s Book of Life (Revelation chapter 13 verse 8). He will institute a mark on the right hand or on the forehead to all, and without the mark no one may buy or sell and those who don’t accept it will be killed (Revelation chapter 13 verse 15 to 17).

The Bible says those who receive the mark will perish in hell forever (Revelation chapter 14 verse 9 to 11), and that believers in Christ who refuse the mark were beheaded as martyrs and later rewarded in the first resurrection for staying true in their faith (Revelation chapter 20 verse 4). We are told that the antichrist will make war against the saints and overcome them, showing a great coming persecution, and Jesus warns that believers in Christ will be hated by all nations and delivered up to death (Matthew chapter 24 verse 9).

There are many other judgments of God that occur during the tribulation, before God’s wrath itself is poured out upon the earth. The Bible also describes a rapture or gathering of the dead in Christ and believers in Christ to be transformed into glorified bodies meeting Jesus in the clouds, though views on its timing differ.

God gives many words of protection in the Scripture such as Psalm 91 and Jesus gives a promise of protection to those who have kept His word, have not denied His name and kept His command to persevere, these will be kept from the hour of trial that comes upon the whole earth (Revelation chapter 3 verse 8 to 10). The final chapter of events before the glorious kingdom of heaven on earth with our Lord’s eternal rule is a time unlike any before.

Spirit poured out on all flesh

The Lord told us in Acts 2 chapter 2 verse 17 to 18 that in the last days He would pour out His Spirit on all flesh, that our sons and daughters would prophesy, our old men dream dreams and our young men visions, on His menservants and maidservants He will pour out His Spirit and they will prophecy. The Lord also said He would do nothing except by revealing His secrets through His servants the prophets (Amos chapter 3 verse 7).

We are told a gift of the Spirit is the gift of prophecy (1 Corinthians chapter 14 verse 1). There are many believers in Christ receiving dreams and visions, even children, of the coming times as prophesied by the Bible.

I have seen round ups and exterminations like what happened during Nazi Germany, I have seen and been warned of great persecution, the mark of the beast as the RFID microchip and the soon beginning of world war three, but also the encouragement that the Lord would protect those who love and abide in Him. I have seen great evil of spiritual darkness coming upon the earth with widespread demonic possessions, demons and giants destroying.

I have seen society descend into great lawlessness, perversion and sexual immorality that was accepted and practised by many, I have seen a society that openly worshiped satan as God, artificial intelligence robots, a highly controlled totalitarian society, famine, economic collapse, meteor strikes.

While these things are troubling, they are consistent with the Scripture and what God warns us is coming upon the earth. I believe the Lord gives me these dreams and I have seen many other Christian’s with similar dreams that are consistent with the Word of God. By the mouth of two or three witnesses every word shall be established (2 Corinthians chapter 13 verse 1). There are thousands of Christians sharing their dreams online of coming war and tribulation and the return of our Lord Jesus Christ.

Signs ahead and standing fast in faith

I have felt a strong sense of urgency in the times we live and have been led by the Lord’s Spirit to share my dreams with others on youtube. While these events are like nothing we have seen before, I don’t fear because the hope of my soul is in our blessed Saviour Jesus Christ and the eternal life that is in Him. I know we should fear God and not love our lives unto death. I know we should hold fast in our faith until the end.

I have resolved myself to repent of all my sins often, submitting to the Lord in being refined by His Spirit, resisting evil in all its ways and bringing all thoughts into captivity to the obedience to Christ (2 Corinthians chapter 10 verse 5).

Since I have journeyed in the Lord in doing these things I know the Lord is preparing me, and no matter what comes I hope to always to keep my focus, my love, my faith and my trust in my Lord and God Jesus Christ now and forever. 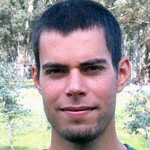