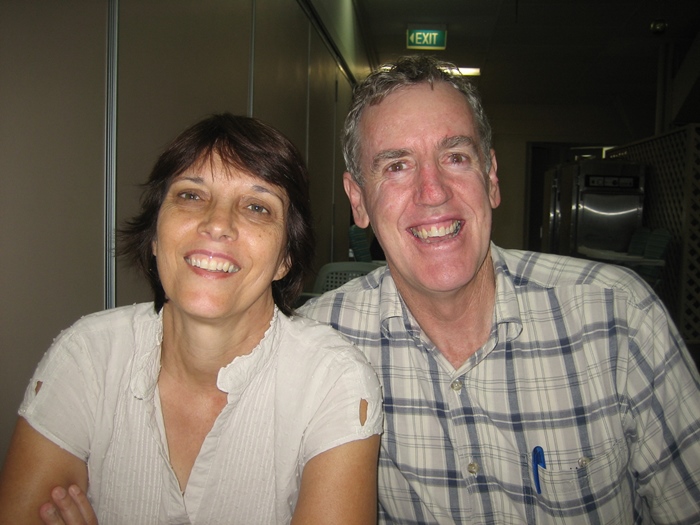 Euan McDonald is a Uniting Church Minister and these are his own words.

I was born and raised in Victoria the second of eight children and lived on a farm SW of Horsham. The original McDonald was called Ewen who took up settlement on the farm in 1874 and I still have a brother farming part of that original farm.

After Primary School I attended the Horsham Technical School, then an all boys secondary school. I left after form 5 to go home on the farm, one of three brothers who did so.

For extra income I took up shearing, originally on the farm and then neighbouring farms and on occasions with contractors. I enjoyed playing Aussie Rules initially with the local team but then had two years playing for Horsham which was in a major country football league.

Coming from a fairly nominal Christian background, I became a Christian around the time of the Billy Graham crusades that were on TV at the time. At a Youth Group event I remember responding afterwards after one of these we watched.

In my late teens I became a Youth Group leader and in 1978, as part of a call of God, I left the farm and spent a year at the Bible College of South Australia. It was there I met my wife Yvonne who attended that same year. At the end of 1979 we were married in Cunnamulla SW Qld, where her parents lived. We were married in early December and the temperature was in the 40 degrees. The poor people who travelled up from Victoria thought it was the closest thing to hell they had encountered because of the heat.

We settled in Victoria doing some farm work and shearing and completed a Lay Preachers course with the Uniting Church. I also became an Elder in the Horsham Parish and helped with a number of youth groups.

Our two boys were born in Horsham but we had felt the call of God to apply for a Lay Pastor position in Cunnamulla and in 1984 not long after our second boy was born, we moved up to Qld.

We were there for five years before taking up a position on the northern end of the Gold Coast at Coomera and Helensvale. Since then we have been seven years in Tully in northern Qld and over 8 years in Mackay, central Qld. 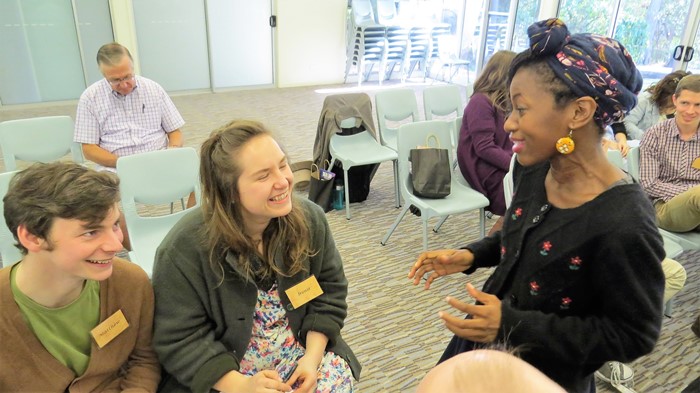 When in Mackay we first met Dr Mark Tronson through parishioners Ken and Carmel Whitby and for several years in Mackay our church hosted Well-Being Australia Country Town Tours with a variety of sports stars and coaches.

This involved schools, youth groups, services, rallies, sports dinners and some coaching stints. It was while we were in Mackay that Well-Being Australia's Dr Mark Tronson developed the Laguna Quays Respite ministry. He called us up to encourage this new mission and we've met on numerous occasions.

Our eldest son Nathan moved to Brisbane for University where he studied Computer Programming. Upon graduating and after working in a number of companies in Brisbane he decided on a tree change and is now working in London.

Our second son Timothy moved to Mackay with us. He had a difficult time with study, with our moving and other events in his life. When in Mackay he met and eventually married Kylie. I was the celebrant in their wedding in our church building. It was a great and proud moment. They have four children and Kylie who completed her teaching degree is now home- schooling them.

In Mackay I was eventually ordained as a Minister of the Word in the Uniting Church although never actually completed the B.Th course. We are now ministering at Laidley in the Lockyer Valley, S.W. Qld, from 2012. I serve as the chair of a Qld Committee of ACC (Uniting Australian Confessing Church) came about for those members and Congregations who are opposed to the UCA position on ordaining practising homosexuals and met in Townsville recently .

Over the years Mark Tronson has kept in touch and in 2013 called me up seeking my services as a Panellist to assist the young writer program. I knew something about it as our son Tim was one of the inaugural young writers in 2010. Tim and his family was also one of the first to take some respite at the Laguna Quays Respite house in Easter 2011. 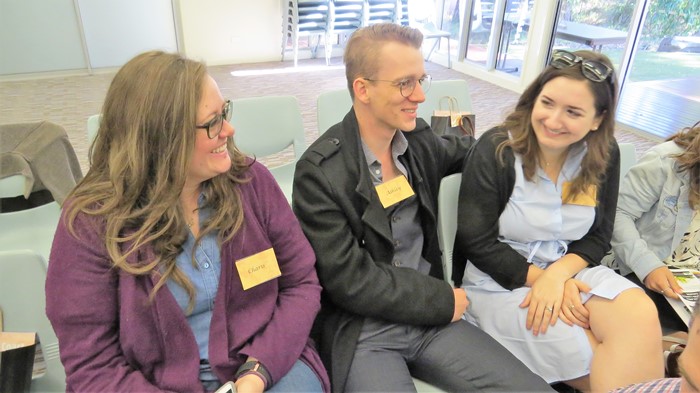