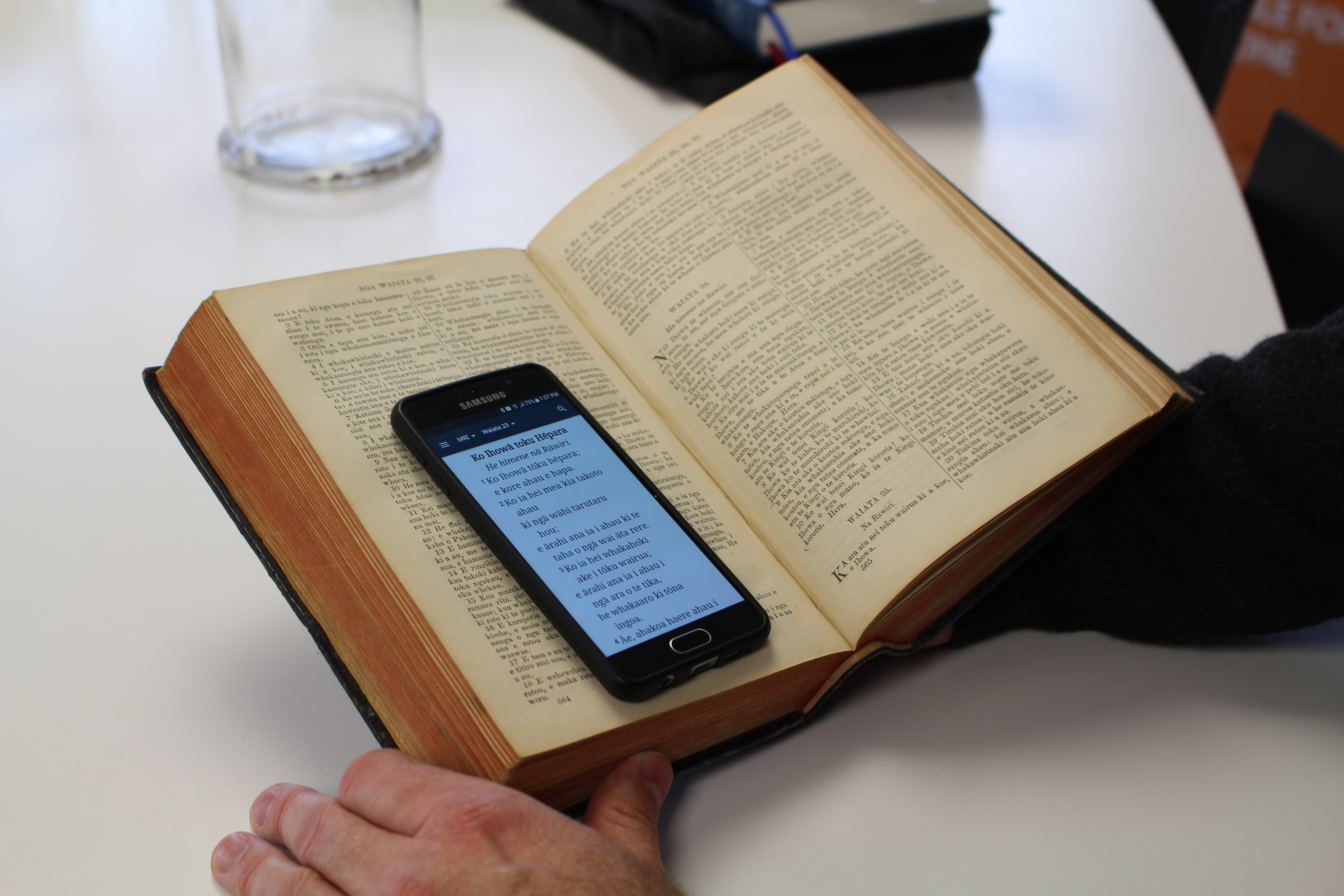 This year marks the 150th anniversary of the publication of the first edition of Te Paipera Tapu (The Holy Bible in Māori).

While the first ever Scriptures in Te Reo Māori were published in Sydney in 1827 by the New South Wales Bible Society, this was the first ever full Māori Bible.

But the journey of the Bible in Te Reo Māori didn’t stop there.

Then there was Tāku Paipera, the only Māori Children’s Bible storybook available, launched at the end of 2016.

Now, that very first edition of Te Paipera Tapu, first published in 1868, has just been digitised.  And this digitised version will be one of the many tools used to help produce a brand new translation, in more contemporary language for today’s Te Reo Māori speakers.

"Translation of any significance takes time, and anecdotal evidence suggests that contemporary Māori usage is already considerably different from the language of the current Māori Bible.  So we need to be pro-active," commented Dr Stephen Pattemore, Bible Society’s Translations Director.

A new mobile Māori Bible app is also currently in development and will feature the current Māori Bible text (2012) as well as English Bible translations for people who want to read Te Reo Māori alongside an English text such as the Good News Bible. The new app will be launched in early 2019.

Today Bible Society New Zealand has a number of Te Reo Māori resources available. Their journey with Te Reo Māori continues in their mission of making the Bible accessible to everyone and encouraging interaction with it.