“There is no such thing as society” – former British Prime Minister Margaret Thatcher famously said in a 1987 interview. This quote might be silly at first glance but carries much significance for us as individuals, because there is such thing as society in the realm of ‘community’. It is through our society that we can conduct acts of altruism, courage, heroism or compassion. This only takes place when we feel part of a larger community.

The rest of Thatcher’s quote reads that “…There are individual men and women and there are families. And no government can do anything except through people, and people must look after themselves first. It is our duty to look after ourselves and then, also, to look after our neighbours”.

So, if in fact, we are to improve our society, we must first review how we as individuals are acting towards one another. This also echoes Jesus’ teaching of the importance to “Love your neighbor as yourself” (Matthew chapter 6 verse 39).

Relationships are essential to who we are as human beings, as our identity exists mostly in the context of such bonds. One of the main currencies in our lives is communication. If we think about it, our society can be symbolised by the electricity grid; there is a lot of energy and potential power. It is something that we must draw upon if we are to take part in the community, although not necessarily to be world-changing revolutionaries to solve all of the global issues.

From birth, one of the critical things that we all do is communicate. That first cry despite no words being spoken is an act of communication which is reflective of humanity’s yearning for connection and sharing.

Relationships are fundamental to every individual’s life, and when we live narcissistically or surrender to prejudices that divide us, we hinder the exchange of possibilities that can enrich ourselves.

As Australia grows in wealth, we are becoming an increasingly individualistic society – one that seeks less and less to relate to the community around us as well as growing distant from our Christian heritage. Our embrace of materialism has exacerbated old prejudices on the grounds of religion, social, ethnic or political differences.

With social cohesion often unspoken of but at a turning point right now, what can an individual do or hope to achieve? It starts by taking small steps to shaping a society that we want to become. This matters.

It starts with you

Do you want world peace? Go and protest the government joining wars if you want but first of all make sure you are at peace with your own family, your friends, neighbours and colleagues.

Are you upset that the elderly who live alone can die in their homes without being found for a long time? Maybe it’s time to build better relationships with people on your street to make sure no one is so isolated.

Do you think that there is too much noise coming from the media? Perhaps it’s time to watch less, think for yourself and talk to others more.

Are you worried about the rise of fundamentalism whether it be the alt-right or the regressive left? It’s time to reject virtue signalling and approaches that are comfortable. Don’t be dragged into the swamp without first being sceptical of its message.

Are you frustrated by bullying? Well, speak up when you see it. Sad that homelessness is rampant? Instead of just complaining that capitalism is the problem, get involved with a charity and find out where you can lend a hand. If you think our society is plagued by people being overworked, lacking courtesy and avoiding eye contact? Or that loyalty and honesty is of a bygone era? You think it’s shocking not to know the name of your neighbour?

There’s no magical solution. No wand can fix a world that has been corrupted by sin. But make the connection. The world is round; we exist in the circle. Look at the dots, start as an individual. 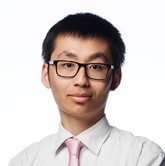