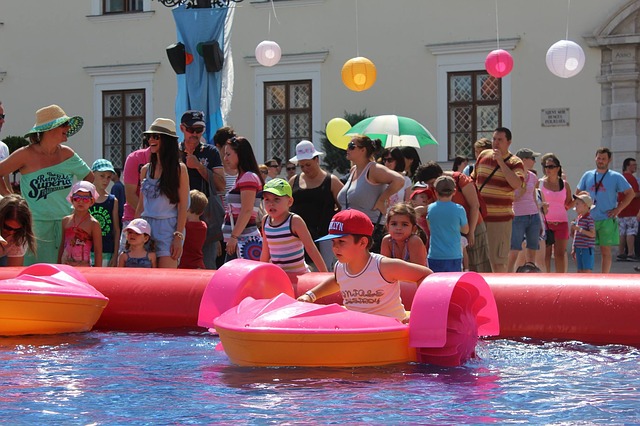 With summer coming around soon I was reminded of the Spring Festival my church holds for the community.

It’s always a big event and held at a good time in the year when the weather is lovely outside and having an afternoon of kids’ games, music and BBQ food is great to be a part of.

The festival was free to everyone – whether it was pulled pork BBQ rolls, make-your-own taco station, sausage on bread, beef kebab skewers, sodas, milkshakes, cakes, biscuits, well you get the picture - a lot of nice food and drinks that didn’t cost a cent, the idea being that it is all free just like the Gospel.

This was a good conversation starter when people from the community asked ‘how much is this?’ and it opened up to tell them about Jesus and invite them to come to a service and learn more about Him or to have their children come to one of our youth ministries.

For those of us not on mingling with families from the area we were on rosters to look after various stations, last year I was on the putt-putt golf circuit where the various obstacles at each hole proved a challenge for the young golfers hoping to make par and once again I was on handing out putters and balls and seeing them off as they went from hole to hole.

The back nine was tricky with one hole having a dog-leg shape and you had to get around a kangaroo model sitting in the middle. A few of the young guys who got a hole-in-one earlier had their scores blow out on their cards at this hole.

There was also a jumping castle, which when I was a kid was a simple four-walled house and you jumped around – simple enough and entertained my generation for hours. Apparently that isn’t enough for kids these days, this jumping castle had basketball hoops either side so you can jump around and slam dunk the ball like Michael Jordan.

Next to this was a stair case that led to the top corner where you then slid down a slide. It took all but 10 seconds to inflate when it was plugged in and it was a big hit with the kids.

We had a face painting stand where the talented girls of our church painted super heroes, princesses, animals, insects and all sorts of characters and flowers on the children, I passed on getting my face painted like a lion, though a couple of years ago I was on face painting and well one kid wanted a dragon and my skill at the brush is best suited to canvas.

By the time I was done it was more of an ‘interpretive’ face painting of a dragon to put it kindly so I deferred on being put on face painting again and signed up for tasks better suited to the skills God gave me.

Our church festivals are always well received and we have seen growth in attendance with new comers interested in finding out more about our church, its ministries and learning about Jesus. As it says in 1 Corinthians chapter 15 verse 58 ‘always give yourselves fully to the work of the Lord, because you know that your labour in the Lord is not in vain’

It’s encouraging to see new comers walking through our doors at church on Sunday mornings and to see our community of believers expanding is what it is all about.