My wife, the children and me three months ago were making tracks back towards home after a holiday in sunny Brisbane. We had filled up the tank before we left and our reading on the gauge was fifty kilometers shy of our destination. As we neared home it was evident that we were, by the car's calculations, not going to make it!

My wife, the realist in the relationship, urgently requested that we turn around and go back to find a fuel station to make the rest of our journey. But with nothing but blind faith ever before me in a car that was already informing me it wasn’t going to endure, we pressed on!

No more than an hour later I found myself on the side of the road with an ever gracious ‘I told you so’ wife, two bored children and me calling a brother in law to bail us out of the situation I had worked us into.

Despite the fact that I knew we wouldn’t make it. I still chose to believe that we would! Based on nothing (blind faith). My (blind) faith, turned to action and my actions reflected what I believed and not what I knew. Therefore I had ended up in a rather unfortunate predicament.

The Christian walk is like this. Some of us sit in church week in and week out, go to seminars, listen to worship music, read our bibles constantly and go to bible study groups. Yet, we feel as though we are just receiving information. Some of the information feels as though we’ve heard it a million times over and other parts are still surprising to us and new to us yet little is actually believed.

The Lord’s word and the truth we hear or read is not merely for our information or intellect. But it is to be believed in and responded to in action, like my fuel gauge.

We may have an extensive knowledge of Jesus’ earthly ministry, sacrifice, resurrection, and ascension. We may have a large understanding of both law and grace. But what we believe of it (if we look deeply) might indeed be very small and we are heading off into a bad situation.

So how do we, like my vehicle, gauge the extent to which we believe in something?

A God of the Living

Our God is a God of the living (Mark chapter 12 verses 27) and he has given us a living faith (Ephesians chapter 2 verse 8).  Faith (whether true or false) will always produce action. If it does not then it is according to James, dead and is no faith at all.

“faith by itself, if it is not accompanied by action, is dead” (James chapter 2 verse 17)

This week whenever we find ourselves in another worship session, prayer group, listening to a sermon, reading your bible, try something different! After anyone of us have been informed of the truth about God through Jesus. Respond to the information by going out and living according to it!

If the message you receive is to, “bless those who curse you and pray for them” (Luke chapter 6 verse 28) then physically work it out in your life and bless and pray for someone this week who may be seeking to harm you. If it is “giving to the poor” (Matthew chapter 19 verse 21) then this week perhaps give up your daily coffee’s for the week and give what money you saved to those in need or give up your time and work behind a soup kitchen.

God has not given us blind faith, but an informed one! Let’s not only be informed this week but let's put that information into transformation! 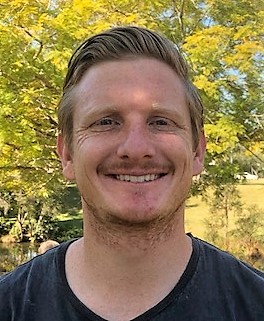 Steve Cole is the pastor at the Grafton Hub (Baptist)with his wife Jessica and two small children. Steve and Jessica are originally from Burke NSW where he was an electrician.