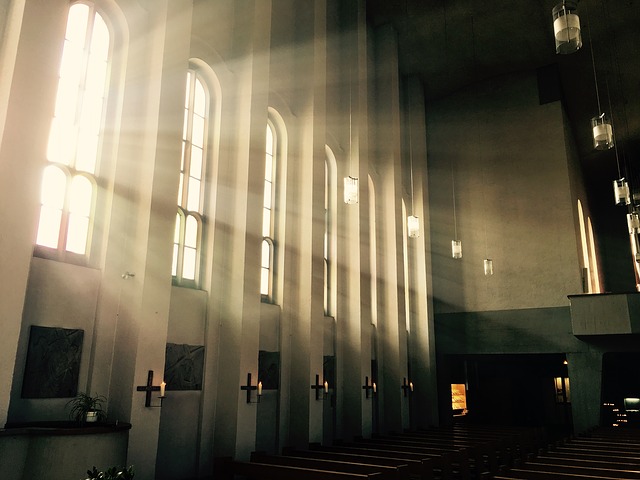 We live in an age of “identity politics”, when issues of race (Indigenous), gender (feminism), sexual orientation (gay), gender (trans) and so on are always in the news.

And woe to you if you question anyone else’s identity choices. For example, when an activist for African-American rights, who claimed to be “black”, was exposed as having completely Caucasian ancestry she said this made no difference to her chosen identity.

Some churches are being bullied by culture into foolish decisions about the nature of identity. What will the Church of England do with its ceremonies for re-gendered people who later change their mind about their re-sexing decision, as is becoming increasingly common? Bless them again?

In our society the status of a personal decision, as long as it is “loving” and doesn’t hurt others, has become absolute in an increasingly bizarre world. The identity of the followers of Jesus should stand out from the crowd but often this isn’t so. Why?

We have just finished celebrating the 500th anniversary of the Protestant Reformation. What most of us in this ecumenical age fail to grasp is that the Reformation wasn’t simply about a change in doctrine, devotion or liturgy; it marked a radical shift of identity.

Everyone in the medieval era knew unquestionably that through it sacramental system the Church put you into Christ; the Reformers reversed this, Christ put you into the Church.  The centre of Christian identity had shifted from Churchianity to Christ.

The Protestant motto, Solus Christus (Christ Alone) put to death the primary place of religious tradition (saints, relics, pilgrimages etc.) in defining the Christian life. Scriptures like; “if anyone is in Christ, there is a new creation. The old has passed away, behold the new has come.” (2 Corinthians chapter 5 verse 17) became absolutely definitive for understanding faith.

This transition in understanding one’s core identity was explosive, and it’s power has been repeated in every revival since the 16th century. To look around the Church however you would never believe Christian identity was exclusively in Jesus.

Sadly, in the century after the Reformation Protestants became increasingly confused about identity issues. Protestantism descended into a sort of “multiple personality disorder”. Suddenly people began to describe themselves by the names of mere men, like “Luther-an” or “Calvin-ist” or “Armin-ian”.

Such behaviours are completely unacceptable to God because they turn our attention away from Christ. The Bible rebukes talk that directs our attention to other humans; “each one says, ‘I follow Paul,’ or ‘I follow Apollos,’ or I follow Peter ,’...Is Christ divided? Was Paul crucified for you?” (1 Corinthians chapter 1 verses 12-13).

If we know there will be no Anglicans, Catholics, Baptists, Pentecostals etc. in heaven, only Christ followers, why do we depart from the one saving name (Romans chapter 10 verse 13)? True, denominationalism isn’t so important today, but Christian identity is now just as likely shaped by the profile of local church leaders; especially in megachurches. We have forgotten our identity is solely in Christ.

James cautions that the person who hears God’s word and does not do it is like a man who looks at his image in the mirror, goes away and “forgets what he looks like” (James chapter i verses 23-24).

The true image we see in the mirror of God’s word is always Christ (John chapter 5 verses 30-44). Peter too is familiar with this problem of forgetfulness; “whoever lacks these (godly) qualities is so near-sighted that he is blind, having (knowingly) forgotten that he was cleansed from his former sins.” (2 Peter chapter 1 verse 9).

There are many dimensions of life, such as mothering, grandfathering, working, ministering...but if you know Jesus you can only be a Christian. Our eternal identity comes solely from the fact that Christ has shared his identity with us through birth, death and resurrection (John chapter 17 verse 3; Romans chapter 6 verses 1-11).

If this does not seem real, if for example, you think you are an old person, an educated person, an ungifted person or a Catholic...hand all this self-constructed thinking to Christ for crucifixion and resurrection into his image (Colossians chapter 3 verse 10).

Why do we find this so sole focus on Jesus so hard? A friend of mine recently published a book about the theology of autism. Her central thesis was that the value and identity of a severely autistic person is found exclusively in their relationship with Jesus.

In a time when our society is radically redefining both love and identity we need to return to the only place where pure love has been totally expressed in human life, the cross of Christ. Only as we allow the power of the cross to strip us of making other identifying factors core to our being, like sex, race, nationhood, intelligence, vocation, marital status etc., can we find our core identity in Christ alone.

This is a very difficult journey but it is well worth it. “I count everything as loss because of the surpassing worth of knowing Christ Jesus my Lord.” (Philippians chapter 3 verse 8). 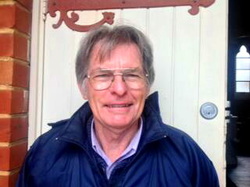 The Rev. Dr John Yates is an Anglican minister in Perth and has 5 children and 7grandchildren. He spends time in praying, mentoring and writing.