From time to time I like to watch motivational videos on YouTube that spur me on to make the most of my life. The ones that have the most impact on me challenge me to toughen up and become more disciplined.

I find experiments in discipline exciting, empowering and often life enhancing. I have challenged myself with a fasting based diet, waking up extremely early and recently, after watching a few videos about taking the cold showers challenge, I tried having cold showers.

The hardest part is getting over the fear of doing it. But what I have noticed is that after the initial shock it isn't actually that bad. Your body's natural heating mechanism kicks in and you start to feel warmer pretty quickly and it is reasonably bearable.

This got me thinking about how comfortable we are in the West. We are so used to and even addicted to comfort that we forget that things like warm showers are a relatively recent invention.

Western affluence is a mixed blessing

Warm showers and the many other material benefits that western capitalism has made possible are a wonderful blessing but it is not without its downside.

This seems to be the general cycle of history and it makes sense.

The values and attitudes that are forged in hard times are what enable us to build strong successful secure societies. With this comes prosperity, greater comfort and a higher standard of living which has a tendency to lead to apathy and a warping of our values. We start to take it for granted and forget what made our affluence possible in the first place. Society starts to decay and crumble and destruction starts to come in making life harder again.

It seems to me that the modern West is currently on the last part of that cycle. In many ways we have forgotten who we are and where we have come from and our weakness is leading us towards inevitable hard times again.

Our white European ancestors worked hard to build and create what we have today. A question I am challenged with is how are we honouring their legacy?

One popular response to Western materialism is to shame that legacy and bemoan 'white privilege'. But the problem isn't that we are wealthy or privileged but that we are self-indulgent, lazy and apathetic. We fail to realise the values of morality, honour, sacrifice and vision that made all of this possible in the first place.

Why is it that often the most hard working, disciplined, determined people in our western society are immigrants from poorer parts of the world? Because they don't take it for granted. They realise they have come to a kind of material heaven on earth and they maximise their opportunity. They are used to life being hard so they continue to press in hard for success, recognising the opportunity they have is rare for humanity.

In the West we have won the birth lottery, what are we doing with it?

We have more opportunity and resources than most people who have ever lived and most people in the world today. The fact we live in a successful, prosperous society is a wonderful blessing. I don't hate capitalism, I am thankful for it. It is the engine that has lifted millions of people around the world out of poverty. What person who cares about the poor could not recognise this?

But God didn't give all of this to us so we could self-indulge. To whom much is given, much is demanded. We are blessed to be a blessing.

So how do we maximize what we have?

History offers us an example of what some Christians did in the early centuries of Christianity to maintain an ethic of radical discipleship in response to growing prosperity and comfort.

Before Christianity became the dominant religion of the Roman Empire it was often tough to be a Christian as they were persecuted and martyred. But when it became more comfortable to be a Christian it left those who wanted to practice a radical kind of discipleship with a dilemma. How would they do this when they weren't forced to by the pressure of circumstances they were under?

The answer to this was to go and live out in the desert and practice a rigorous life of self-denial, mortification of the flesh and holy devotion to God.

I am not suggesting that we should all live like extreme monks or start having cold showers every day! But I do think there is some benefit in training ourselves to become a bit more closely in alignment with the norms and expectations of the world's poor who take it for granted that life is hard, difficult and challenging.

I suggest we challenge ourselves to more self-denial and become tougher while at the same time making the most of the wealth and resources we have to the full to serve the Kingdom of God and the Great Commission. 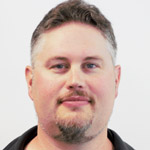