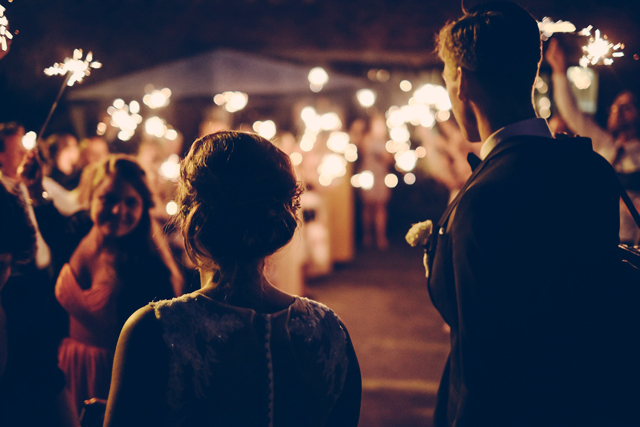 It was mid-December of 2018, I recently got engaged my girlfriend Kimberley back in November and I came across a video on my Facebook news feed entitled “Is Marriage Necessary?” by Couch Conversations.

The video featured 3 young married non-Christian couples discussing their journeys and opinions on the topic. As expected, the men didn’t think marriage was necessary while the women did. The men gave in to the desires of their women for various reasons like fear of losing her, her being adamant about not having children until they were married and the belief that marriage would make them more blessed by God and their community.

When I first saw the topic my initial response was “Yes marriage is necessary, however, the expensive wedding ceremony isn’t”. At the time if I could have things my way I would have been marrying my fiancée the very next month. But instead, out of a desire to have a well planned and beautiful wedding we both agreed to set the date for July 27, 2019 in order to give ourselves time to save and plan.

As much as people may have assumed my Fiancée pushed me to engage her quickly (we had only been courting for 10 months) I actually always desired marriage from my teenaged years.

I know I don’t sound like a typical guy, but being a husband and father was always a big life goal for me even bigger than career goals because of my Christian roots and also because of my own broken family I felt a great need to be the redeemer of my family’s name.

So yes, I believe marriage is necessary, however, I totally understand why many men think otherwise, here are a couple statements men who disagree have given.

I will address the statements above in my next article which will be entitled “Men’s Marriage Misunderstandings”. In this article I’ll first establish the difference between a marriage and a wedding and then explain why marriage is necessary.

Marriage and the wedding

People tend to use the terms marriage and wedding interchangeably but the two are different. The wedding is what is used by our society to mark the start of a marriage.

The marriage, however, is the day to day out workings of the relationship between a man and a woman and actually begins before the wedding ceremony. In my opinion, a marriage begins at the point in time when a couple make a commitment onto life long partnership with each other and this commitment is sealed with sex (Genesis Chapter 2, Verse 24).

There is really no need for an expensive wedding ceremony and so taking into consideration how many men feel probably the title of that video I saw should really be “Is a wedding necessary?”

Because marriage is absolutely necessary for the building of stable families which in turn contributes to the building of a healthy society. However, the wedding holds no bearing on how effective a marriage will be because there are certain God given principles that need to be followed for a marriage to last until death separates the two.

A basic need of a woman is to feel safe and secure. In our societies where it is so common for men to leave women behind to manage the responsibility of home maintenance and child rearing, without the ceremony and ring on her finger a woman (especially one who has been left jaded by a past broken relationship) doesn’t feel safe and secure in her relationship if her man puts up resistance to marrying her.

The public wedding is a strong commitment and bond being made, and without the legalization of the union both people can up and leave without any legal ramifications. The legal restraints that a wedding puts on a marriage gives both people involved more confidence that the relationship is less vulnerable to change of heart and mind resulting in the woman feeling freer to give her entire self to her husband and grant him his every wish.

Marriage is necessary for the community to know how they ought to act toward a couple, how to encourage a couple and how to hold a couple accountable.

When a couple is married it ought to send a message to all around them that this man and this woman are now off the market so don’t flirt with them, don’t invite them out on dates, don’t be surprised if you see them hug and kiss each other, don’t be disappointed or concerned if the woman gets pregnant.

Marriage also gives us men a greater sense of purpose and responsibility, when we walk in our God given authority as husbands to our wife we unlock another level of blessings and favour from the Lord (Proverbs Chapter 18, Verse 22  - and  -  1 Peter Chapter 3, Verse 7). 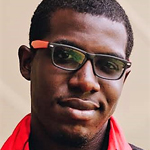 Darren Salmon is a 27 year old young man from Kingston, Jamaica where he read for his Bachelor of Science degree in BioTechnology at the University of West Indies. He became a follower of Jesus when he was 10 and has since developed a ministry of Christian Poetry for which he has gained a godly reputation. He became a young writer with Christian Today through the recommendation of Stacy-Ann Smith an established and award winning young writer.