As I write this there are enormous bushfires raging across my beautiful island state. January 2019 has been the hottest and driest January on record, with a string of consecutive days over 30° C and barely one drop of rain. January’s average rainfall is 48.5 mm. In 2019, it was just 0.4 mm. For the whole month.

These bushfires were almost all due to the spectacular dry lightning storms we had a few weeks ago. Thousands and thousands of dry lightning strikes ignited fires in remote and hard-to-access areas, in the Central Plateau and the South-West wilderness.

Dry lightning was rarely experienced before 2000, but this natural phenomenon has increased both in frequency and intensity in recent years: it is weird. Thunderstorms used to happen after a build-up of warm, humid weather, with rolling thunderballs and forked lightning. As kids, we learnt how to estimate the closeness of the storm by counting the seconds between the bolt and the rumble.

But for the past week now, my city has been covered with thick smoke and ash – worse than the pollution in Beijing, apparently. Windows have to remain closed, asthmatics have puffers at the ready in their pockets and there is an uneasy, almost primal, tension in the air. Something feels very wrong. Some people are even asking whether God really is in charge of our world and does He really care.

Like the deer referred to in the Psalms, we are desperate for water and not just for our land and our bodily well-being.

“1 As the deer pants for streams of water, so my soul pants for you, my God.

2 My soul thirsts for God, for the living God. When can I go and meet with God? 3 My tears have been my food day and night, while people say to me all day long, ‘Where is your God?’ ”  Psalm 42

And yet in the middle of this catastrophe – and, yes, the firies are calling it a fire catastrophe – there are some wonderful things happening. No lives have been lost and while property and homes and plantations and eucalyptus trees have gone up in smoke, many of the ancient 1,000 year-old trees are relatively unscathed.

These ancient King Billy Pines, Pencil Pines, Huon Pines and others never regenerate after fire, unlike the eucalyptus. When they’re gone, they’re gone. For ever. But mighty efforts have been made to protect these giants of the forests, even at the expense of letting buildings and structures burn. Man-made structures can, after all, be re-built.

Hundreds of people have been evacuated from their homes and are safe in community shelters and halls. Their various pets are being looked after. Agistment has been provided for cattle and sheep and other farm animals. One company offered free trailers and horse-floats for transport. Bakeries and cafés and restaurants are donating food and drink, with free food and drink for the fire-fighters many of whom have come from interstate and from New Zealand. Local churches, community groups and counsellors are volunteering for all kinds of helpful tasks.

One of the loveliest stories is that of a very elderly artist whose studio near one small town contained his life’s work of paintings; very big paintings. He had to leave his home as the fire and embers drew ever closer. As he agonised about this and not being able to pack up his precious canvasses, two strangers turned up at his door with a very large truck to help him remove his art to a safer place. Community concern and kind neighbours meant he is able to keep his paintings. (His house is still in the line of fire.)

Such kindness, such caring, such a bonding of people in this adversity is a beautiful thing. Grudges, differences of opinion, religious disagreements, neighbourly niggles: all are set aside as people come together to support each other in a frightening and difficult time.

It’s kind of ‘biblical’ when you think about it. Paul and the apostles exhorted the early church to look after the poor and disadvantaged, to take care of each other. The first Christians were annoying and puzzling to the government of their day, a civil society that paid no heed to caring for people. Many of our great Christian charities and hospitals were founded on the principles taught by Christ and his followers.

Prayers for rain will be answered, in God’s good time. The land continues to thirst for it but we are already finding a little taste of that other ‘water’, God’s living water, in the kindness and care and common concern in this awful time.

It makes you think: if we can put aside our differences and look after each other when things are tough, why can’t we do that always? 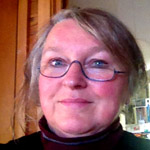 Sheelagh Wegman is a freelance writer and editor. She enjoys reading, music, sings in the choir of St David’s Cathedral in Hobart and lives in the foothills of kunanyi/Mt Wellington.